Aloha and TGIF everyone!

Thanks to Kailani at An Island Life for starting this fun for Friday. Please be sure to head over to her blog to say hello.

My question this week is inspired by memories of years past.

What is something that people would be surprised to know about you?

People would probably be  surprised to know that I was a HUGE hockey fan. In college I started to follow our local team thanks to my Uncle M. For several years I had season tickets for the team. If I do say so myself, I had an amazing seat. My ticket was three rows behind the home bench and center ice. Let me tell you I learned some interesting sayings from the hockey players! It was also through hockey that I went on fabulous road trips. We used to go all over to see games and even went to training camp for the NHL team several times. Would you believe that I even bid and won a game worn jersey of my favorite player? I sure did and it will make a fun Halloween costume in the future. Those were fun days.

It is thanks to my love for hockey that people often do not believe me that my oldest son’s initials were not purposely given. It was only after we named him that we realized that people would later tease me. Oh well, jokes on them we can get fun licensed merchandise for the big guy with his initials on it!

Here is my NHL back in 2004 wearing some of his hockey clothing. 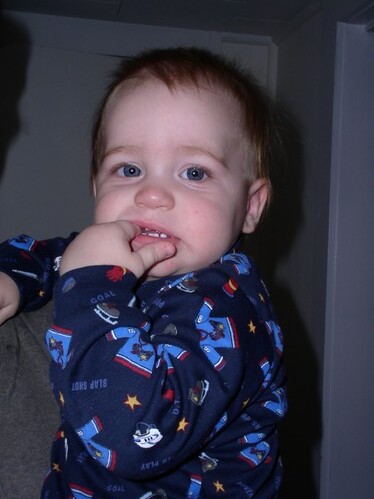 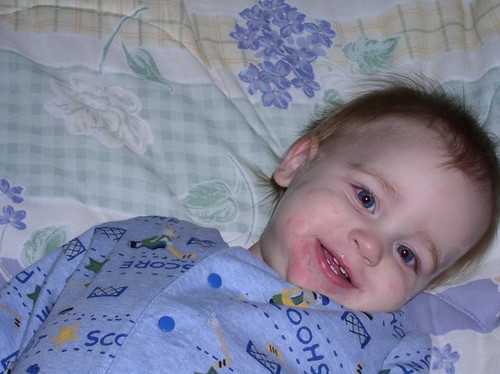