On the 4th of July we were visiting my brother, sister-in-law and niece for the long weekend. Uncle I had to work in the morning, so we decided to head to the zoo later in the day when he was done. We had a quick lunch at Moe’s and then went to the zoo.

When we arrived nearby the zoo and parked, NHL decided to lead the way. He has been to this zoo two other times (just a year ago when we went to Aunt M’s baby shower), so he knew the way. The stroller brigade followed with Cousin S sleeping for the start of her first time to the zoo. JSL was awake and curious about all of the fuss. 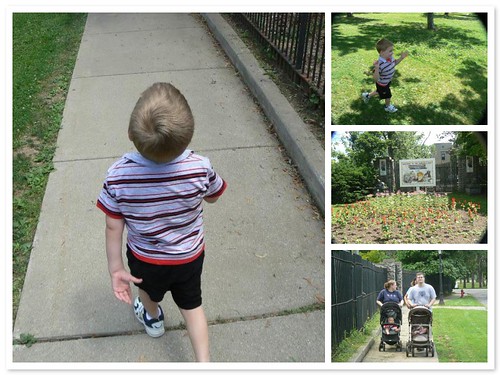 NHL was on a mission. He wanted to see the lions and tigers. He was a little upset that we missed the last giraffe feeding, but was fine with just going to view them. We made our way all around the zoo and saw a lot of animals. Here is a sampling of the photos that were taken by JL. 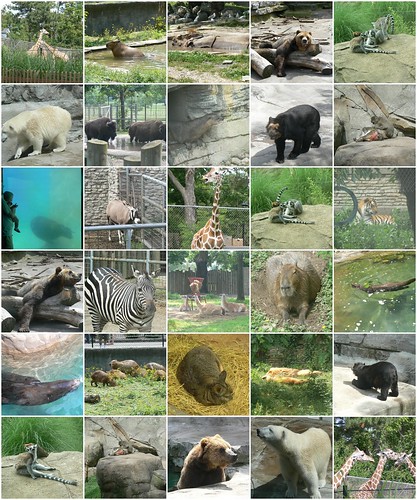 It was a very warm day, so many of the animals were resting in the shade, hanging out in their watering holes, or hiding completely out of view by this point in the afternoon. We did have an "interesting" educational moment. The bear area is a crowd favorite. First there were the grizzly bears that were lounging. They could have cared less that we were there watching them. Next the polar bear was pacing. He/she definitely seemed to be sizing up lunch on the other side of the barrier. I have to say it was a little unnerving. Then we saw the Spectacled Bear. This bear was smaller than the rest and was quite active. The spectacled bear put on quite a show of nature. He came over to the edge of the enclosure and proceded to empty his bladder and then do the rest of his business. No, no pictures of that. However, here is a picture when he was done and NHL’s priceless reaction to the event. 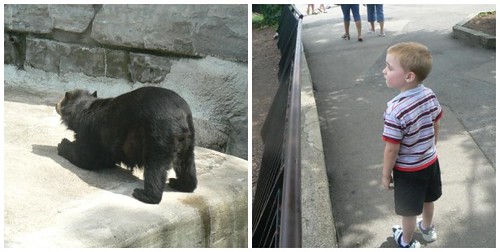 At the end of the visit JL asked NHL what his favorite animal was. Without missing a beat he quickly replied it was the spectacled bear. When asked why he immediately replied "Because he peed!"   Yes, he is a boy of almost 5 you know so not a shocking response.

Eventually Cousin S woke up to see some of the animals. I believe she may have enjoyed her first bomb pop at the zoo more than the actual zoo itself. Of course it is always fun watching my little brother as a daddy. My question to you, who looks better in the pink hat? 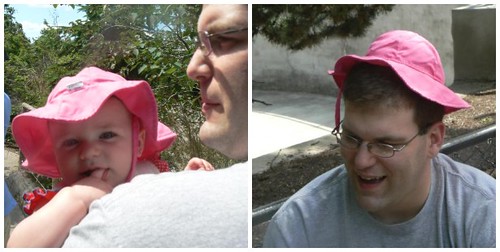 NHL also enjoyed going on the merry-go-round and the zoo’s playground. I have to say the playground is rather impressive. They did an amazing job making it follow a zoo theme. 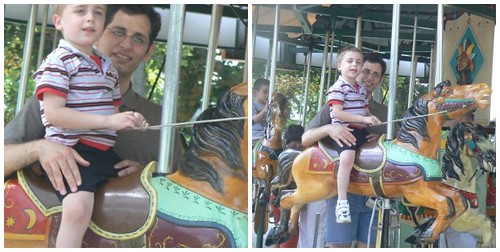 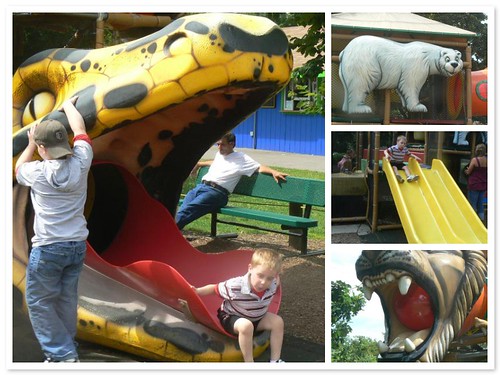 Just before JSL fell asleep from the heat and lack of napping all day, I asked to have a picture of both of the boys. Of course try to get them to look at the camera. Nope, that did not happen. Instead each looked in a completely different direction! 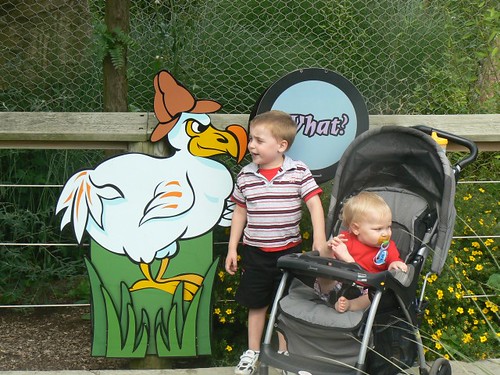 Just before the zoo closed at 5:00 JSL was sleeping and everyone else went to look at the sea lions underwater. JL captured my little niece with her daddy watching them. Too cute! 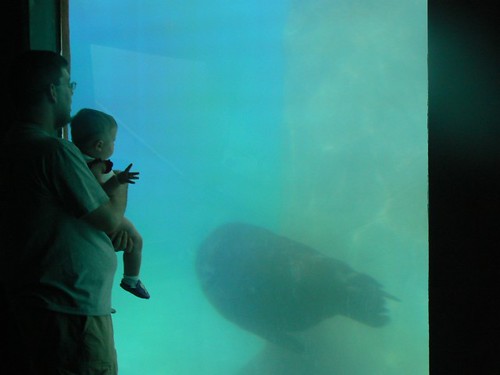 A fun trip to the zoo. The only part missing was the elephants because their home was being redone and will not be open until August.

« Mission Impossible – the photo shoots
The ABC’s of Me »