Days of fun for next summer

Have you ever done something out of the blue that just shocks you?  Last Saturday JL and I did.

While at Six Flags an old friend was there and happens to work at the park. She mentioned that we may want to look into upgrading our day passes. She said that they were running a special where you could upgrade your pass from the day to a Season Pass for the 2009 season, as well as the rest of this fall. The price for this — only $40 a ticket.

I know $40 sounds like a lot, but it really isn’t when you consider that a day pass for this year was $41 alone! Mind you we were able to snag an online sale for our post-Labor Day tickets for $25 each (not bad for 6 1/2 hours of fun). Still if we go more than one time from May to September of next year the passes pay for themselves.

The really nice part, our season passes are good at all of the following parks (15 in all):

In addition to this, we also receive five free guest tickets to use on certain days and a coupon book to save within the park. Not too shabby if you ask me. So now we can think about going on trips to some other Six Flags parks close by to us next summer. The possibilities are quite nice actually.

So next year we can look forward to more memories at the park. 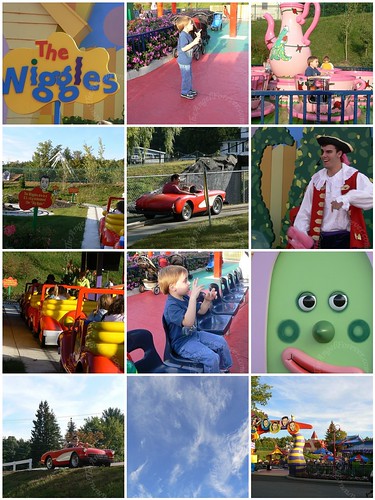 The best part is we are pretty much done with Chanukah gifts thanks to this!