After we picked up NHL from Hebrew School, we went home for lunch. Thanks to the events yesterday, we opted not to go to Six Flags today. Once we were done eating, I suggested that we see if the apple orchard was still allowing pick your own. We went online to check things out and sure enough they were. Today was actually the last day of the pick your own season.

So we packed up the boys and went to the orchard. In just about an hour, we managed to pick all of these apples: 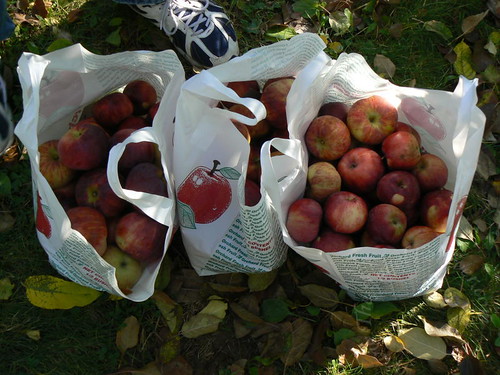 That would be three bags that were not quite filled all the way, yet totaled approximately 35 pounds of apples! Yes, we are now coming up with recipes to use all of these apples in. Of course, the boys and I chowed down on five very large apples that were probably a few pounds right there.

When we drove there, we were not too sure what to expect. Would there still be plenty of apples? Did the frost we had ruin the apples already? Would a lot of other people be there and cause crowds while we explored the orchards? Did we dare go and risk a sudden turn of the weather?

Well, here are the answers to all of the questions:

1 – There were plenty of apples on the trees. Check them out: 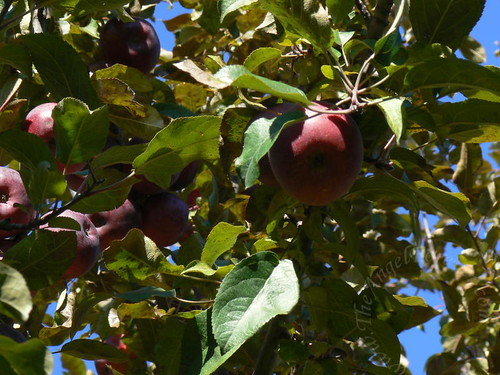 2 – The frost was not kind to the look of the apples, but there were plenty that still taste quite amazing. There were a lot of apples that were on the ground. 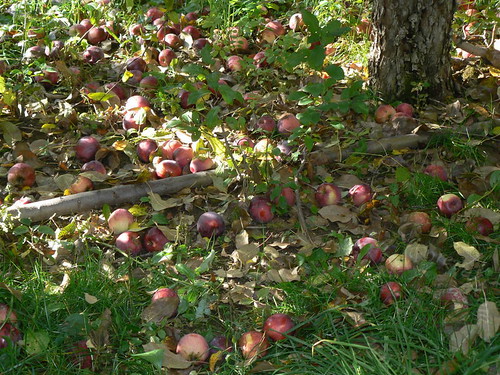 3 –  It was pretty empty at the orchard today. We only saw a few people here and there once we were out among the apples and trees. Most of the time, the only people we saw were hauling their bags of apples to the stand to pay and leave. 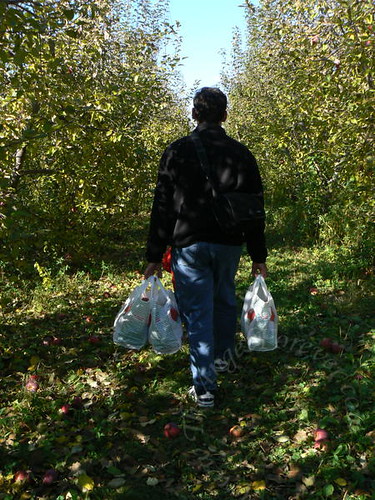 4 – The weather was gorgeous. There were absolutely no clouds in the sky. Who knew the fall could be so nice?! 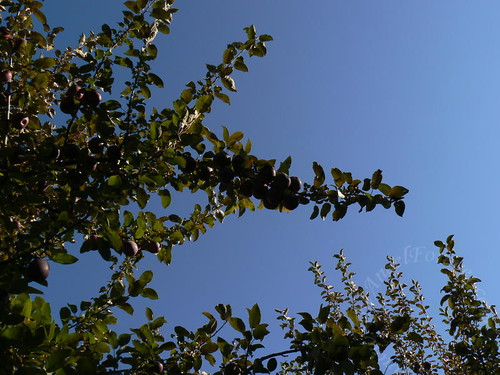 The best part of the adventure was watching the boys (all three of them). They had so much fun and the little guy’s reaction to all of the apples was priceless. At almost two and a half,  this is the first time he has gone apple picking. More photos of the kids picking the 35 pounds of apples coming soon.

If you have a great apple recipe (or more)  to share, I wold greatly appreciate it. As you can see, we have a lot of apple baking/making ahead of us this week.