As I have mentioned in the past, JSL is quite obsessed in  love with Winnie the Pooh and friends. Since our trip to Disney in February, he has declared that he only wants to wear items with Tigger and Pooh, watch their movies/shows and play with those  toys. Thanks to this, we knew exactly what theme would be in place for JSL’s third birthday party over the weekend.

Everyone arrived to the party as we were still preparing the food. During this time, we had a little fun and excitement that many of us could have lived without. When we took the pizza bagels out of the oven, I put them down onto a trivet. Mistake #1 – it was plastic and must have adhered itself to the bottom of the cookie sheet. Thanks to this, when TechyDad put  the cookie sheet back into the over. . . the plastic trivet went in to bake.

Nobody noticed anything until the time was up and we were pulling the goodies out of the oven. At that point, TechyDad and I both saw flickering. Sure enough we had a fire. Both of us yelled to get attention of others to come and help. I immediately turned off the oven and made sure the kids were not coming into the room. Meanwhile, my father and TechyDad worked to make sure that the flame was going out. It was at this point that we figured out the culprit of the fire. Luckily it went out pretty quickly, but left a rather large mess. This is what the rack that had the trivet and cookie sheet looked like in the end: 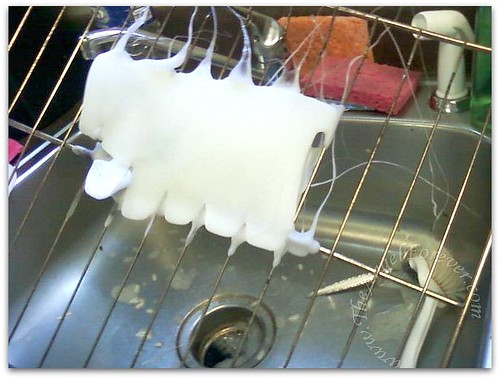 When all was said and done, nobody was hurt, the oven appears to be ok and the food was fine. Here is the food that was served for lunch: 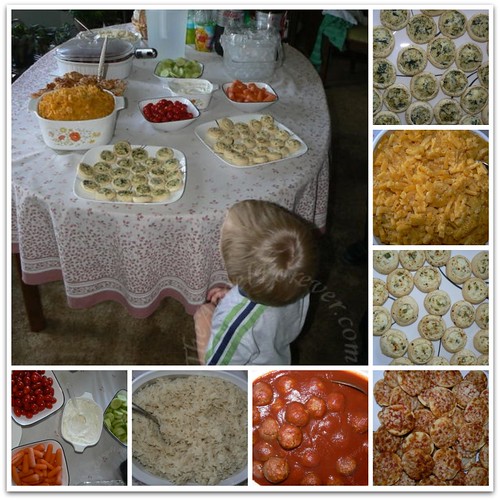 As some of the kids cleared out from the kitchen, Uncle M sat down with NHL, JSL and SG. They were too cute sitting there together and chatting together, so we had to take a photo. 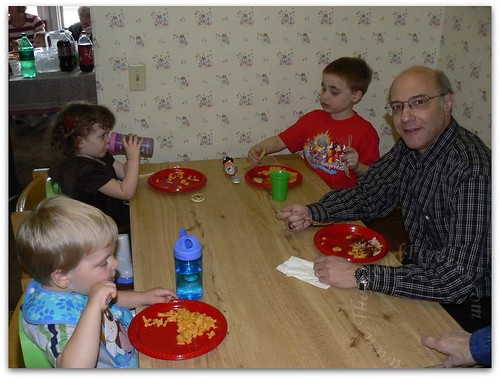 As we transitioned from lunch to cupcake time, the kids were able to play and baby be held by lots of people. JSL and SG had a ton of fun with each other, while Mimi and Aunt T held baby BA. 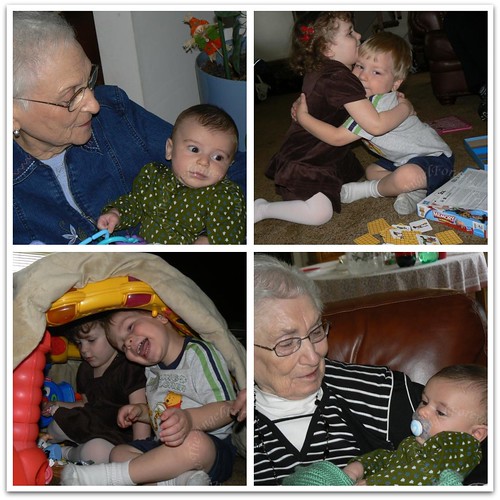 Two weeks earlier, I asked people for suggestions on what kind of Winnie the Pooh cake I could make. In the end, I went with something I had done before and was suggested by Maryellen Hooper (you are such a Rock Star – love ya!). I made cute cupcakes wrapped in Winnie the Pooh and Tigger liners and had JSL’s characters parading around them on the table. Simple, practical and no real worries. I had wanted to make a giant cupcake, but was not sure how it would work with egg substitute (my niece is allergic to eggs). Since there was no time for a test run, we did regular cupcakes. Here are all of the goodies ready to be devoured: 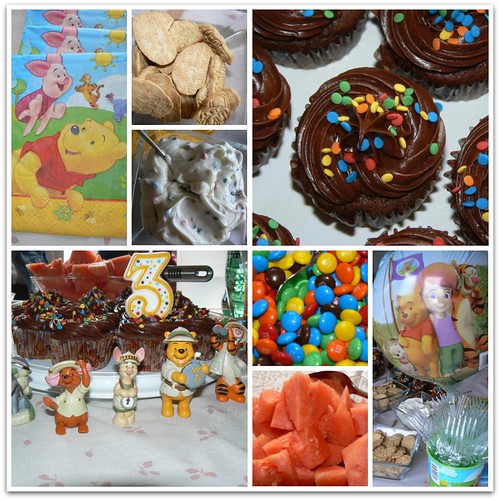 Thanks to my handy dandy decorating tool and  Aunt M for helping me with operation frost and sprinkle, the cupcakes came out really nicely. It was soon time for the little guy to be shy and have everyone sing Happy Birthday to him. After several attempts, he was finally able to get the 3 candle blown out with a little assistance (we were all a little fire phobic for a reason ya know). 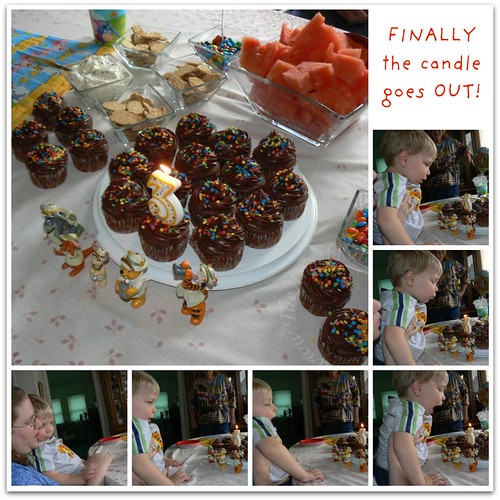 JSL had asked for chocolate cake with chocolate frosting (not my kid), so we bought those to make. When it was time for him to eat his cupcake, he did not want it. Note him eating it with a spoon and not being too enthusiastic. Meanwhile big brother and cousin SG loved theirs. 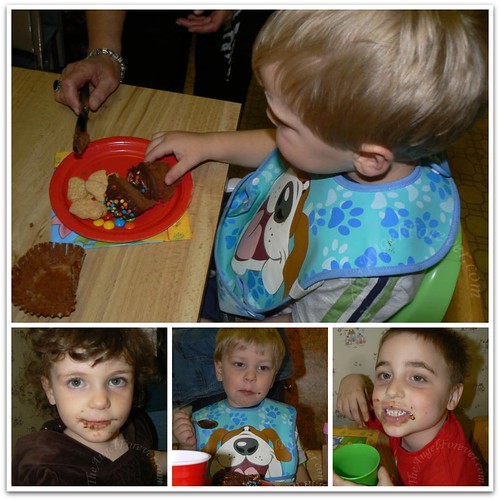 Once the kids were cleaned up, it was present time. More on this tomorrow for my Aloha Friday topic/question of the week.

It really was a nice party. Aside from the fireworks from the oven, it went rather smoothly. One thing is for sure, thanks to that we will always remember JSL’s third birthday party.