Tuesday morning, after dropping NHL off to school (photos and story on TechyDad’s blog), JSL was excited to head to his school. Yes, my three year old little guy was going off on his own for the first time. Of course, Tuesday was simply to go meet the teachers and spend a little time in the classroom with your parent. When we arrived, JSL was so proud to be wearing his adorable new LL Bean back pack. Here he is posing front and pack for me outside of the building (I was trying to kill time since we were pretty early). 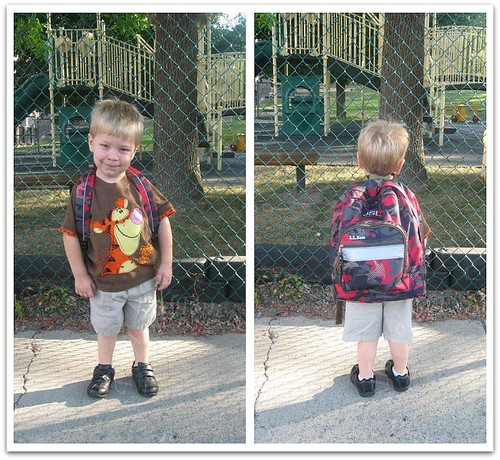 After saying hello to his teachers, it was time to find his cubby and put his photo up inside. Check out JSL’s own spot in the classroom: 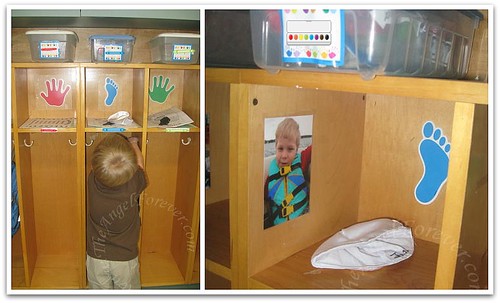 We also put spare clothing into his storage box and handed over some medicine to keep  at school just in case a fever hits. With JSL’s febrile seizures, this is a must since we never know when they may strike. He immediately wanted to play in the room. Rather than go to the rug with another little girl, JSL went right for the kitchen area. He really had a blast teasing everyone with his pizza making skills. 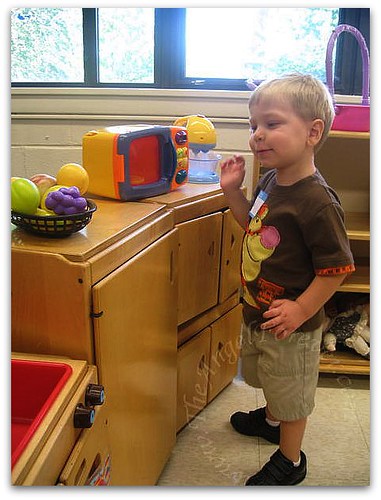 Before we knew it, the time was up and we went home. Wednesday morning, JSL was so excited to go back for a full day. When we arrived, we saw his new friend D outside. The two boys walked upstairs chatting away and then held hands walking down the hall. After this, the boys played in the parents’ lounge until we were given the okay to go into the classroom. 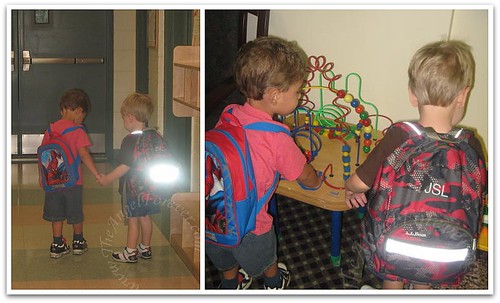 When they went inside, the water table and playdough were out to use while everyone put things in their cubbies and washed their hands. Before I left, I asked JSL if he had to go potty. He said no, but wanted to go see the potty. The second he saw the mini-potty, he had to go. He was so excited and kept telling me how it was just his size and he could pee standing up on his own. Ah, the simple joys of a three year old.

I went home, got a lot of work done and enjoyed the quiet. Still, I missed JSL and was so happy when he gave me a giant hug at pick up. All of the kids had a great day and they can not wait to go back again next week.