Each year since I started blogging, I have written about the events of September 11, 2001. Every time I do, tears come to my eyes. Not only am I a New Yorker, I am an American that lived and watched as our country was challenged in a way it had never been before. I sit here today, trying to put the fear of future attacks behind me. The reality is that as this ten year anniversary comes, my fears intensify. 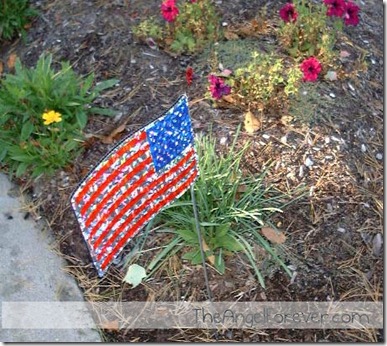 My boys know nothing different, but I do. We were so naïve before September 11, 2001. Never did we think something like this could happen in our backyard, but it did. Families lost loved ones. Men and women became widowers and widows. Children were forced to grow up without a parents. Now, we watch as these brave people grieve and show their faces before countless cameras.

What strikes me the most over the last few days are the children of September 11. These brave tweens, teens, and twenty-something young people have matured so much faster than they should have. They are proof that the American spirit can not be dashed with such horrible tragedy. These young people have done amazing things. They have used the memories of their parents to push and pursue things. A common theme from all of them is that the events made them stronger and who they are today.

Ten years ago, I remember something else that happened. As people began to realize what had happened in NY City, Washington, DC, and Shanksville, PA – familiar colors came out. Red, white, and blue were everywhere. Almost every house in our area had Old Glory flying high. In addition to this, people were wearing shirts with the flag on it. Pins with the flag were being worn on lapels. I remember trying to buy them for people because we all wanted them on our jackets as the cooler weather came in.

A little less than a month after September 11, we celebrated the Jewish holiday of Sukkot in my aunt and uncle’s sukkah. These decorations show just want was happening at the time. 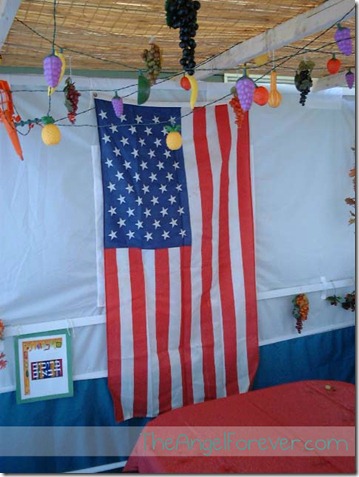 I truly hope that people come together today, on the 10th anniversary of this tragic day and remember. We need to remember those that lost their live, we need to recall those that saved lives, and we MUST think about reviving the sense of American spirit and community that existed in the months after.

Once again, we need to embrace the red, white, and blue in the name of hope because we will never forget.

« Back to Nursery School
Rally for Recess with Danimals »