Saturday and Sunday it was time to bake and decorate the second test run of JSL’s first birthday cake. The first attempt can be seen here and viewed being eaten here. From the first baking we learned some valuable things. We knew that we had to put a lot less batter into the pan and bake it for less time.

Thanks to Google I was able to find a great hint. Someone mentioned baking it at 325 (not 350) for 65 minutes (we actually only kept it in 50 minutes). They also said to put 3 1/2 cups of batter into the bottom section and 3 cups into the top. Another pointer was to freeze the cake to make it easier to carve. While out and about we also decided to try something different for decorating. We found a new toy for me to use. Here it is: 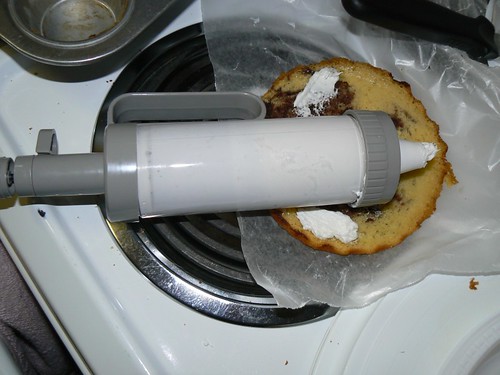 Several of the photos of completed giant cupcakes had tops that had used a similar tool. We figured it was worth the small investment since it will be used again.

Given the resources I found we bought two marble cake mixes and whipped frosting and were ready to go. Things were a little more complicated with the marbling. We had to figure how much to leave out of each side to have the right amount left for the little cupcakes (we had a dozen of those this time). It took a bit more time, but we now believe it was worth it and will go quickly for JSL’s birthday. Here is the finished product after it was almost completely decorated Sunday night. 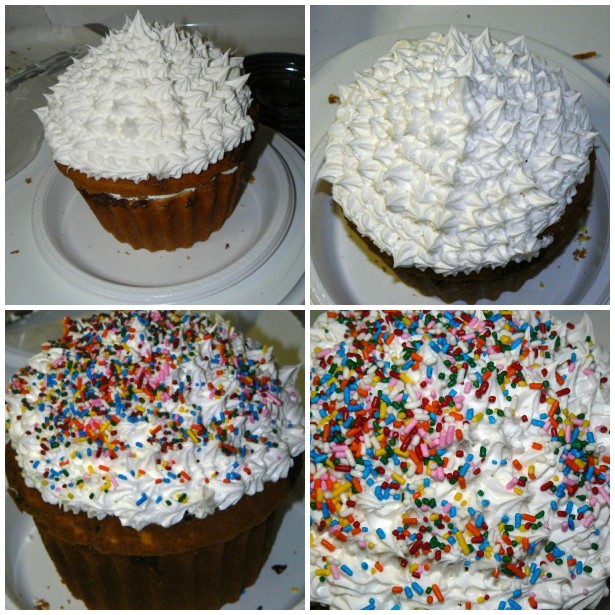 We ran out of frosting with a bit left to go. Ooops! Thank goodness JL’s co-workers did not seem to care as they devoured the cake rather quickly. 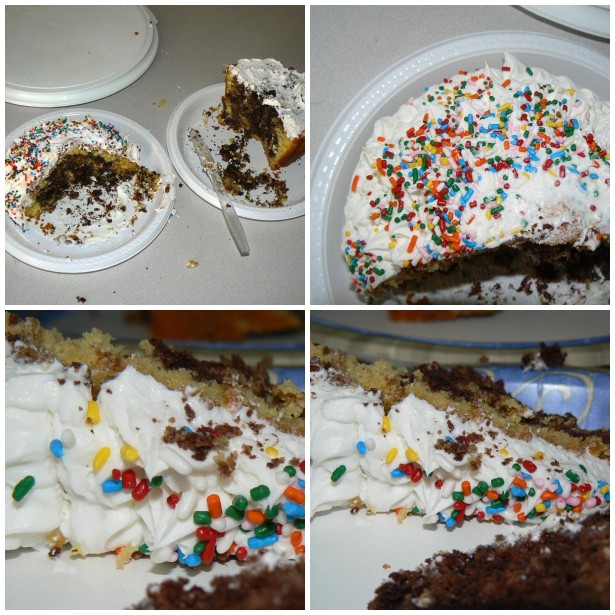 The deal was to send the giant cupcake into work and keep the little ones home. Here are half of the ones we had for all of us to enjoy. They have my favorite frosting from childhood on them that was discontinued for a while. Thank goodness it is back! 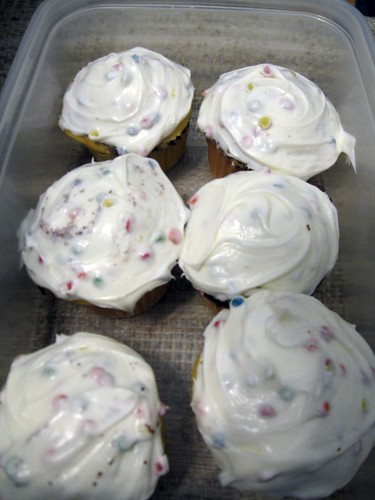 Hopefully the cake baking Saturday will go as smoothly. We just need to finalize the topper for the cake that will go along with the giant star sprinkles that I bought especially for JSL’s 1st birthday cake. We think we want something from Sesame Street and have to figure a way to write his name on it. Plus the #1 candle needs to be on top.

Enjoy the sugary goodness of the photos, more will be coming Sunday after the party!