Several weeks ago Nana and Papa asked NHL what he wanted for his 5th birthday. Without missing a beat he quickly requested a croquet set.

Hmmmm. . . .  I immediately figured that he had no clue what he was talking about. I assumed that he was confusing crochet with croquet and was saying it wrong.

The joke was on me! This is what he was truly asking for: 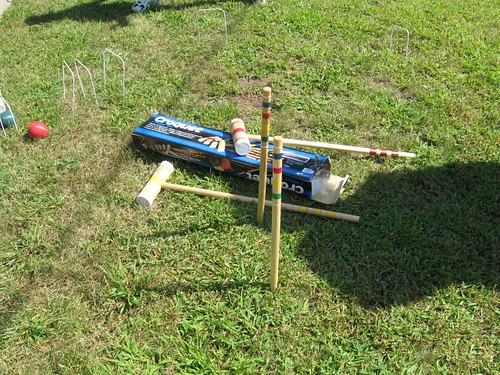 He described the game of croquet perfectly. I did a double take and asked him where he learned about it. Apparently he had seen an episode of Maggie and the Ferocious Beast and thought it looked like fun. So he put it in his little mind and when asked recalled it.

Sunday at his birthday party NHL received the croquet set from Nana and Papa. Yesterday Nana had the day off and we went to spend time with her. In the afternoon we went outside and let NHL some croquet.

I took all of the pieces out and got them ready. There were a lot items and I was amazed that NHL knew exactly what everything was called thanks to the show. The kid hungry to learn anything and everything he can, thank goodness kindergarten should help with his desire by teaching him how to read. 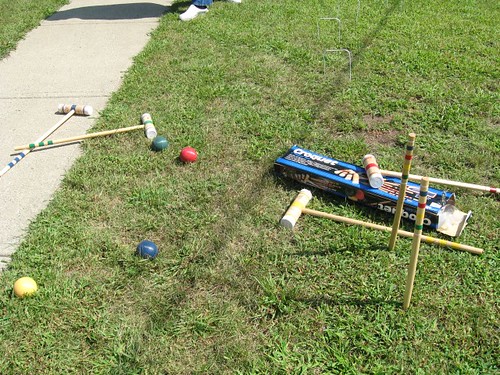 Next NHL checked everything out. 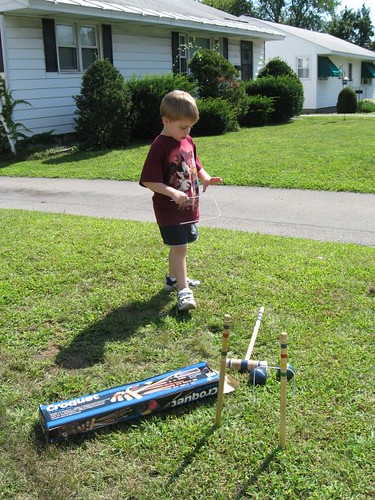 Then he set things up HIS way. Clearly, the wickets were way too close together, but who were we to stop his fun . . . . at least not right away. Please also note the extreme concentration with the tongue sticking out! 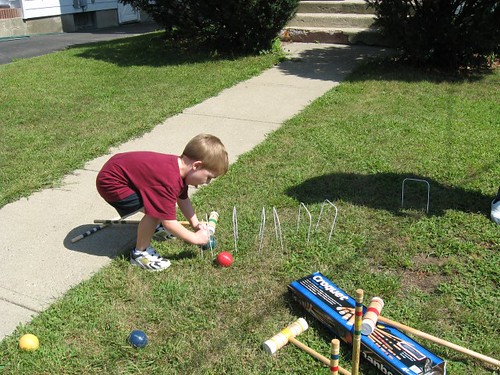 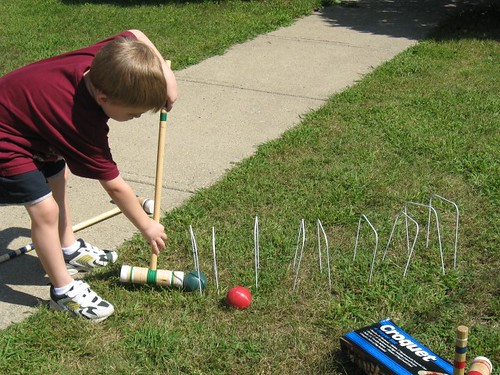 Nana was finally able to convince NHL that by spacing them out it would be easier to play. 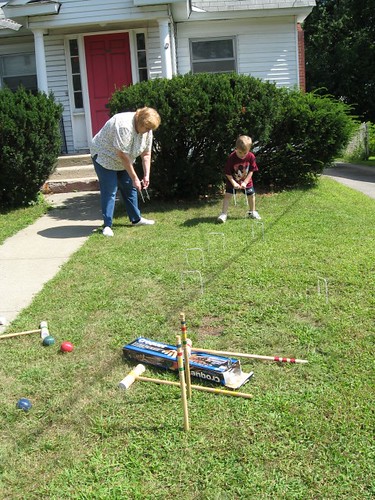 NHL was not really interested in listening to us tell him how to play, so a lot of patience was needed. It will be interesting to see what happens next time we try to take out the set and use it at our house. 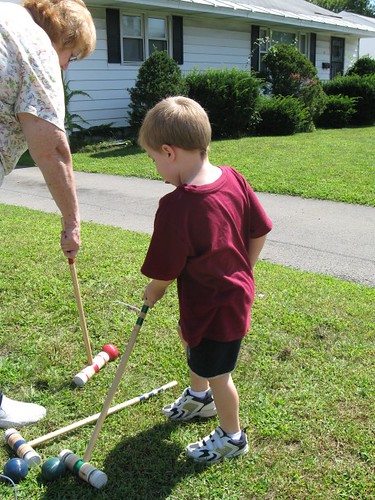 Thank you Nana and Papa for the fun new croquet set!