Happy Birthday to my California Cousin

Growing up, I still remember the summers that my cousins MC and DN would come from California to stay and visit us in New York. 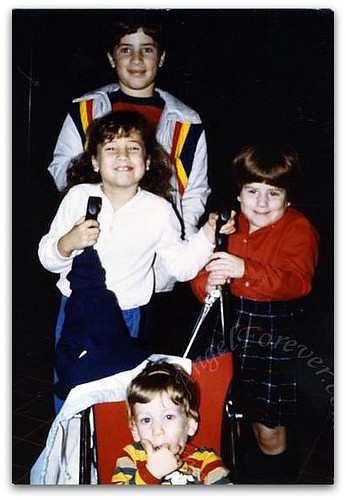 They would stay a block away at my Nana and Papa’s house. Over the years, MC and I became closer. (I grew up and stopped being a complete brat). I recall polishing Nana’s bracelets together, knitting, swimming, having cherry pit spitting contests and more. We sent snail mails to each other like pen pals (dinosaur days before e-mail). I still remember my first cross county trip to her Bat Mitzvah. It was an adventure that included sleeping in O’Haire International Airport in Chicago on the floor on the way back home. 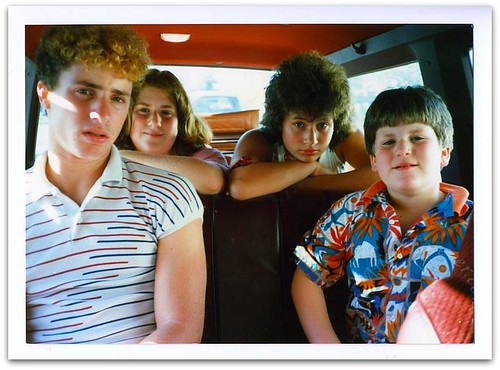 We saw a lot of the San Francisco area and beyond while spending time praying for our lives in a rental van. (Above: Back row Moi and MC. Front row DN and my little brother). We were quite the mix during that trip. Here is another photo of our Nana, MC, me and my brother when we went to see a robotic dinosaur exhibit at Berkley. This was long before the days of Walking With Dinosaurs. 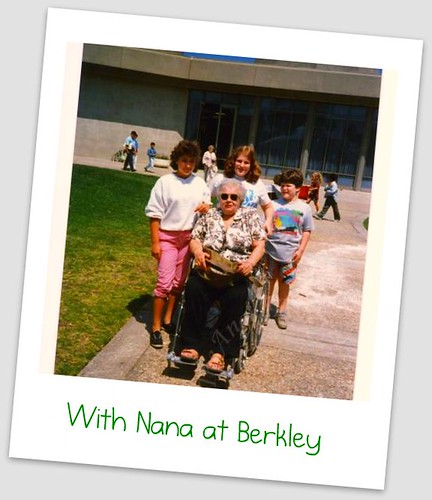 When TechyDad and I were planning a trip to Las Vegas as a last hurrah before starting our family, MC and her parents met us there for a few days. The three of us had a blast walking around and seeing the sites. We explored all of the resorts that were featuring the Cows on Parade. Then, one night, we went to see an old style Vegas show. We had no clue it was going to be topless. Rather than be uncomfortable, the three of us sat there and made up a game. The "R" and "F" game. You know… R = Real or F = Fake. I kid you not, the three of us played this game for quite some time and had a blast. Must locate some of the photos from that trip – NOT that show!

Today is Cousin MC’s birthday and I wish I could be there to give her a hug in person. We do not see each other in person nearly enough. Still, my boys talk about Cousin MC and her hubby BP. They remember seeing them in the snow storm when they visitied over a year ago. MC is also one of the people that inspired me to start my own blog. She had a blog that she wrote on regularly. My cousin has quite the talent for the written word. So, today, I wanted to thank her for being my California Cuz and being such a special person in my life. I miss you and hope to see you for an extended time again soon.