Asking For a Friend’s Forgiveness

Growing up, my mother and her friends had a playgroup. There were five families and we often did things together. We would get together at different houses to play, go to Mc Donald’s Playland for lunch, and have holiday gatherings.

Over the years, all of us grew up. Some of the girls saw each other at different Girl Scouting events during elementary school. As a December birthday baby, I was not in the same grade as the majority of my friends. Thanks to this, we were not as close as we got into middle and high school. 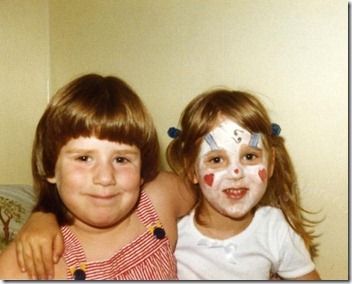 Flash forward to the world of adults. One of my playgroup friends moved back to the area with her husband. We started talking and spent the entire summer practically with each other all the time. We were both teaching at the time and had time to frequent book stores to enjoy the air conditioning, hang out at her pool, eat her amazing salad creation, and go on double dates with our husbands.

What I loved the most was watching my friend and her husband with NHL. They were so patient and wonderful with him. I still vividly recall the two of them coaxing him into their pool and getting him excited about swimming. TechyDad and I had never been able to do that. You could tell they were going to be amazing parents one day.

When JSL was born, the two of us would often go to visit my friend together. Then as things got more hectic with two kids, we drifted apart a bit. It wasn’t that I didn’t care, I was just too tangled up in my own world and did not want to burden my friend with our chaos. I also felt guilty. Yes, I felt guilty talking about my boys with her. Chalk this up to stupidity on my end.

We have talked here and there over the last two years, but it has not been the same as it was before JSL was born. I have tears in my eyes as I type this because I know I am to blame for a lot of it. I have wanted to make things right for a while now, but life kept getting in the way. Not using this as an excuse, it’s just the way it happened.

I have missed being there for my friend during some rough times, and now I want to be there during a joyous time. Yesterday, my friend and her husband announced that they are expecting a baby boy this summer.

Memories of my friend and I talking after JSL was born come flooding back to me. She was worried about having a baby and things that go along with it. I want to be there for her and her family and help them during this special time. I only hope she will allow me to be a part of this.