Let Me Tell You About My Breast Friends

Hi, I’m Irene.  I’m 32 and I’m planning on having a Bi-Lateral Mastectomy.  No, I don’t have Cancer at least not yet. I’m what you call a “Previvor”.  I have the BRCA 2 mutation that leaves me with an 84% chance of having Breast Cancer by the time I’m 70. Both my mother and her birth mother had Breast Cancer. Sadly her birth mother died at 36 after losing her fight.  I don’t plan on succumbing to the same fate. 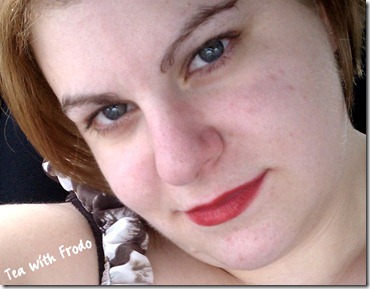 Why would anyone want to cut off their breasts if they don’t have to?

First off, I don’t want to do it.  I do however feel that I need to do it. I know it seems extreme to many people but when I look at my percentage I can’t ignore it.  Think of it this way: if you were told that when you went outside today you had an 84% chance of being hit by a bus would you want to go outside? Probably not.

I look at my son and I know I want to be there to watch him grow up.  I don’t want take a chance with my life.

Yes, I’m pooping my pants about it.  I was supposed to be having my surgery this fall but my husband was laid off and our current state insurance won’t cover it.  Now I have to wait even longer to get it done.  It’s bad enough having to go to the plastic surgeon with pictures of boobs (yes, I did go with pictures of what I want my new boobs to look like) and get measured and look at pictures of what I’ll look like post surgery.  I wanted the main surgery to be over with and I am a little scared that it is not put off until my husband finds a new job.

It isn’t for everyone. It’s a hard decision to come to and not one that I came to lightly. I’m lucky to have the support of my husband and family. I also have a great breast specialist who even before my genetic testing had me go for annual mammograms. If you know you’re at risk take action, that doesn’t always mean surgery. Go for regular exams and make sure to do self exams.

Thinking I was alone was the hardest part for me but I found out I’m not alone. There are so many people who have the same condition and have documented their choice.  I remember it being so rough when my brother told me I was being a drama queen, and then he did a search and found women 10 years younger than me choosing the same surgery.

I’m not alone and the support I’ve found from both doctors and other “Previvors” has been amazing. I’ve chosen to be proactive and not let the disease defeat me.

For more information on the BRCA 1 and 2 mutations check out:

Since Irene wrote this post, a lot has changed. She moved with her family, became the coordinator for the Memphis FORCE group, and scheduled her surgery. The date is this week when she will have a bilateral mastectomy and start reconstruction. She will have expanders that will be filled each week until she reaches the desired size to have implants. On her personal blog, Irene has written about coming to terms with her femininity before her surgery date. Once Irene is feeling better I will update again. Wishing her the best of luck as she moves forward with being a Previvor.

The Crafting Hobbit is a mommy  to an amazing little guy and wife to a loving (although sometimes frustrating) husband. Both of which have Asperger’s. She became an Earth friendly, crunchy, granola mommy and loves her   return to the simpler things in life.

She knits, sews and dabbles in other crafts and love creating things.  She tested positive for the BRCA 2 mutation and  will be undergoing a prophylactic bilateral mastectomy.

« A Kid and His Disney Stuffed Friends
Baby Gifts »