Growing up, I remember watching Star Wars and asking my mother to help me put my hair up like Princess Leia. For the record, it did not work too well. As I got older, I loved visiting the world of Star Wars at Disney Hollywood Studios.

Just before a recent trip to Disney, TechyDad and I decided to introduce NHL to Star Wars. He quickly fell in love with R2D2 and especially C3PO. Yes, we had a geek in training. It’s no surprise that when I bribed him to go on Space Mountain, I told him he could pick out any item within reason for going. Check out what the little Star Wars fan selected. 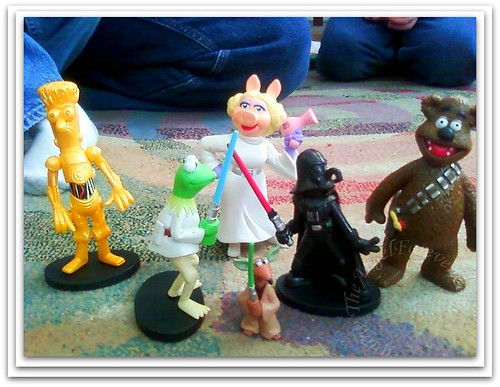 MyBlogSpark recently told us about a new Star Wars campaign that General Mills cereals and Walmart are doing to commemorate the release of Star Wars the Complete Saga on Blu-ray.

The DVD collection released on September 16th brings all six Episodes of the Star Wars saga together for the first time on Blu-ray. There are over 40 hours of special features, which include new content that was specially created for this release. I have a feeling my family may be adding this to our Chanukah list.

In honor of the release, General Mills Big G cereals have a limited edition Star Wars Good versus evil image on their packaging. These specially marked boxes can be found on Honey Nut Cheerios, Cinnamon Toast Crunch, and Lucky Charms. When you collect all three, it will create a panoramic poster that includes Darth Vadar, Luke Skywalker, Han Solo, Princess Leia, and many more. 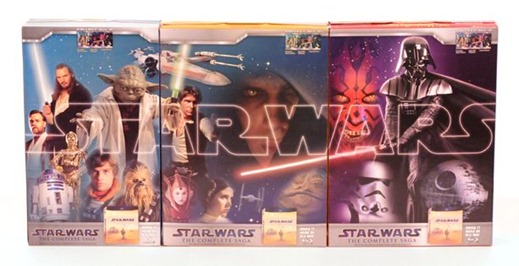 To celebrate the release of these special boxes and the DVD collection, MyBlogSpark has allowed me to give a prize pack to one lucky reader. The prize pack will include:

The following Bonus Entries may also be done. Please be sure to leave separate comments for each that you complete below to make sure you get the right number of entries.

To enter, please follow the rules above within the comment section. Contest starts today October 6, 2011 and ends at 10:59 EST on October 20, 2011. You do not have to be a blogger to enter, but must leave a valid e-mail address for me to contact you for mailing address once the giveaway is over. I will select the winner using random.org and contact you via e-mail. You will have 48 hours to claim the prize. If there is no response, another winner will be selected. Open to U.S. residents only.

Disclosure: I wrote this review as part of a MyBlogSpark campaign for General Mills. My family received the complimentary prize back and another will be provided to a winner of the giveaway. All opinions are my own and no other compensation has been given.