It should not be a surprise that I love to knit, crochet, and craft in general. I have all of my life really and it appears that my youngest kiddo is the same. If given an option of playing a board game or making a craft, JSL would likely select the craft ninety percent of the time.

When we asked JSL if he wanted to have a birthday party and invite some of his friends from school he said yes. Then, we had to brainstorm about places to have the party. One weekend afternoon, we happened to be at Jo-Ann Fabrics and Crafts store picking up some fabric. They had some tables set up in front for classes. I happened to ask if they did birthday parties. Yes, they did and I was told to call back Monday to talk with the person that coordinates them to get more information and availability. 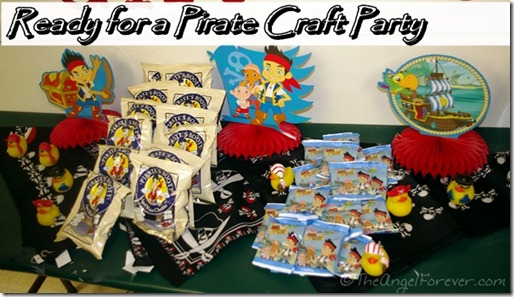 This is not a sponsored post, we paid for the party completely on our own. I am sharing this to let others know about the wonderful experience we had. To make a long story short, we booked a party at our local Jo-Ann store and it was on June 1. When I booked it, Alex wanted to know what my son liked. I noted he wanted to do something with pirates (again) and that he loves to paint. As I sat in the party room talking about the event, she quickly came up with two crafts for the kindergarten set to make during the two hour party. I would simply need to tell her final numbers closer to the party, bring any decorations, and bake cupcakes and not decorate them. Another fun item, they gave me free postcard invitations to hand out to the kids.

We arrived for the party and the first craft was already set up. Each spot at the table had a small wooden treasure chest waiting for the kids to paint. While everything was getting set up, I worked on the snack/goodie table making the theme pretty obvious. As soon as the kids arrived, Alex and another woman (also named Alex) got started giving the kids directions and putting paint onto their paper plates to begin. 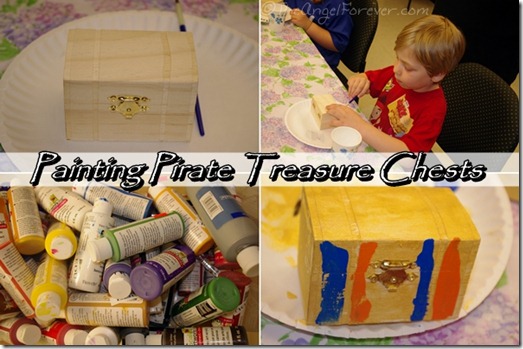 TechyDad and I were beyond impressed with the variety of paints. If a color was running out, they got more and made sure the kids were happy. The two women were beyond patient with the kids and always helped them when they asked for something. When JSL wanted to write something on top of his treasure chest, Alex got a permanent marker and helped him to write on it where the paint dried. 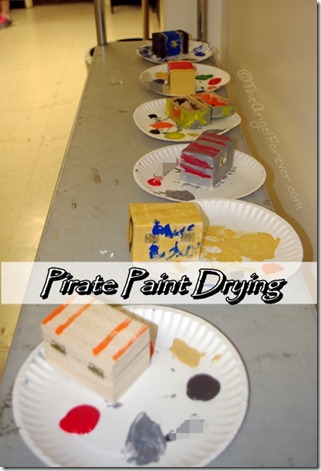 While the treasure chests were drying, it was time to make some jewels and doubloons to put inside them. The kids would be using Crayola Model Magic. To make it sparkle and look more like pearls, gold, emeralds, sapphires, and rubies – Alex had the kids mix in some glitter. This worked beautifully. The kids worked for quite some time making their items to take home. 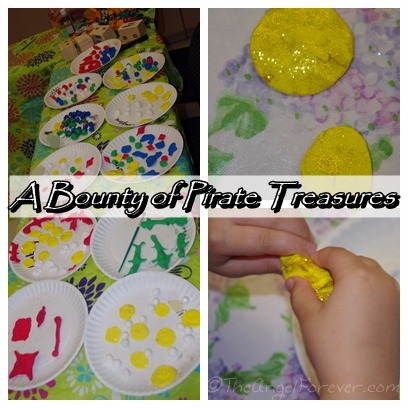 Next, it was time to create some cupcake memories. Each of the kids was given a cupcake that needed to be decorated. They were allowed to ask for any color frosting that was available. They had a lot of colors in regular frosting, plus a bunch of fun glitter gels. Then once the kids had put on their frosting and gels, they were able to pile on some fun sprinkle varieties. 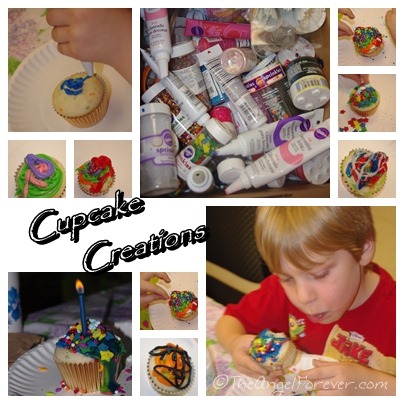 JSL continues to talk about his party and already wants to plan for next year back at Jo-Ann. As a parent, I loved the ease of the planning and the interactive nature of everyone that works in our store. A huge thank you again to Alex and everyone else at our local store for making my son’s pirate dreams come true.

If you are interested in learning more about the Make it a Party at Jo-Ann Fabric and Craft Store, you can check out the information here. As I noted earlier, we paid for our party and felt it was a wonderful deal. The link is to the information that I found when I decided to schedule our party.