Yesterday after nap time and the Sibling Class we went to L & D’s house for I’s 3rd Birthday party. NHL was beyond thrilled since he has desperately wanted to see I. They were both spoiled in the seeing each other department after February break.

So we packed ourselves up and went to their house for play time, dinner, and of course yummy cake. The boys (JL included) had a great time playing while L and I got to chit chat while getting dinner ready. As you will see below there are photos of the three boys playing inside and outside. It was really nice getting to see L’s dad up and about too. We were all too worried about him during February break.

As you will see for his birthday, I. got a soccer goal from his grandparents. JL immediately got to putting it together so we could take the two little guys outside to let out some steam. It was great watching them, along with JL and L’s mother outside playing. Too bad I put my camera away too early and didn’t get one of Nana playing with I.

Below are some photos from yesterday and L & D – thanks again for a great evening!

The B-day boy debates where to attack first (we soon found out the Car was coming off the cake!): 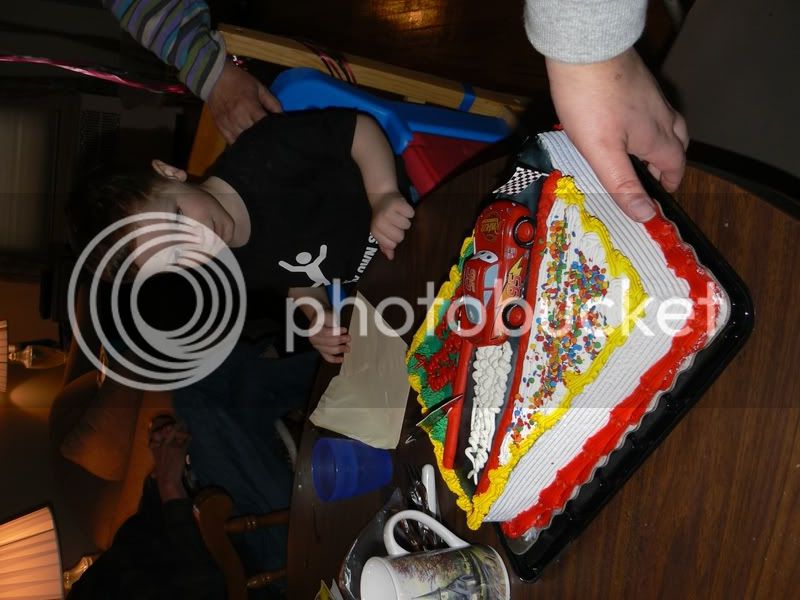