Look out apples here we come!

Last night JL made plans without me (*gasp*) to go with some friends to an apple orchard. This morning we decided that we weren’t really up to picking, but wanted to go there to see the place and get some apples (needed Macoun before they are out of season).

So we packed into my van and all went together.

We started off looking at the pumpkins that were able to be bought. We convinced NHL to wait to get one until the end of the visit so we didn’t have to lug it around.

Here’s NHL looking at all of the pumpkins while eating a freshly picked apple that he got with J. 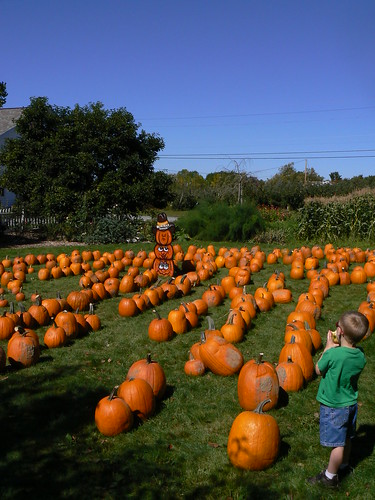 Check out the pumkin with shades on: 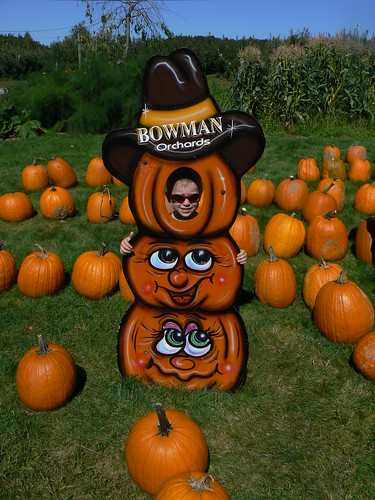 While the boys were looking at the pumpkins JSL and I were hanging out in the shade. Here’s a rare photo of the two of us. Seriously I do exist 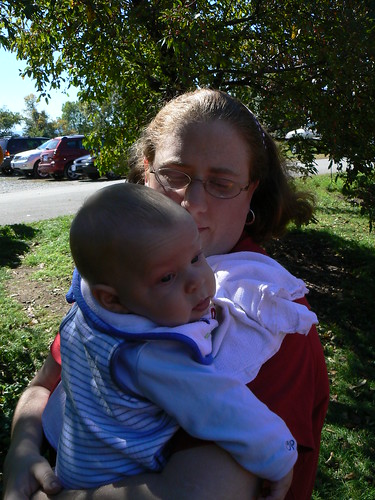 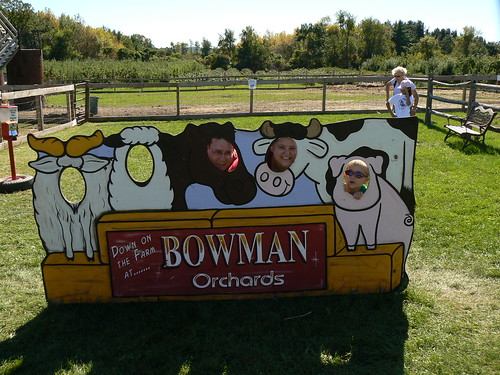 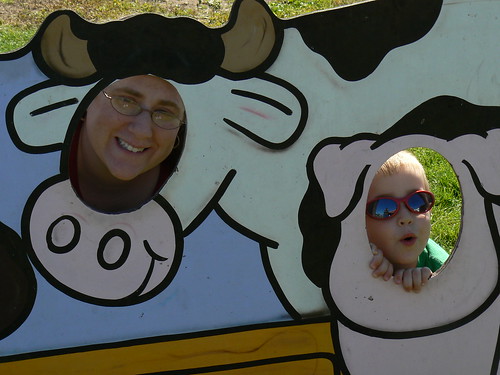 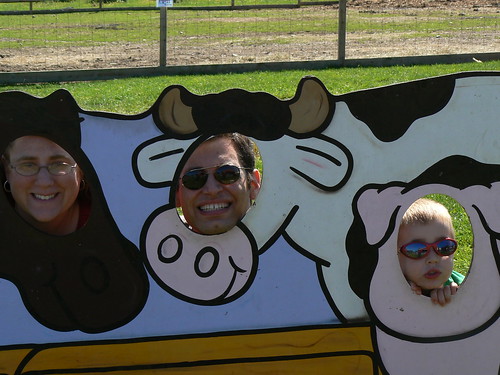 From here three of the boys went into a corn maze (JL, NHL and J). Here are some photos from that. 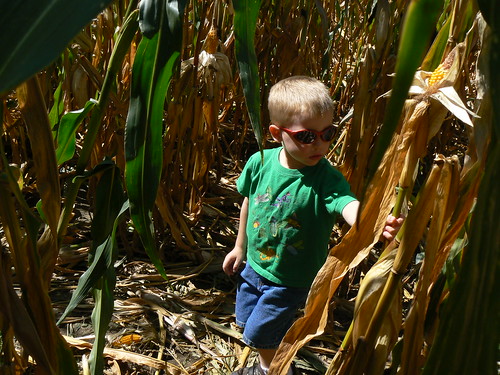 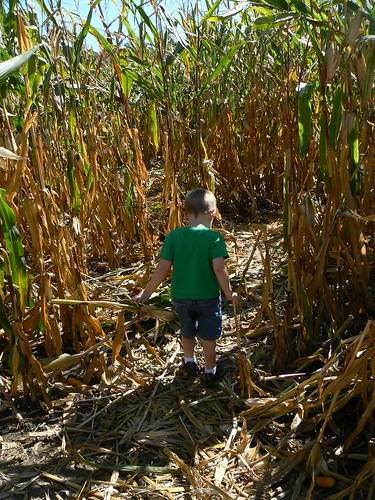 From here we went to have lunch. We bought cider donuts to take home and got fresh made ice cream. Yes, that you read that right . . .that is what we all had for lunch. NHL and I had strawberry shortcake flavor and JL had pumpkin pie. After that we went to the store where we bought a lot of Macoun apples and some Honey Crisps (JL likes those) along with corn, honey and NHL’s pumpkin.

Both little guys were tuckered out after the day and went to bed early. One has already been up since he was gagging on drool. Poor little teething monster.