The road to PreK for NHL has been a bumpy one, especially Friday. The little guy is so excited to get ready and go, but when it is time to leave daddy, things go downhill quickly.

Friday I received a call from JL after drop off. NHL was going to go half way to his room alone. This did not happen. He was clingy and eventually went into complete meltdown and crying. The poor little guy did not want to leave JL. This is something that had not happened in months at nursery school. They finally got him into the room and Noah’s teacher helped so JL could leave. Later another mother said she got there just as JL left and NHL was calm and playing before she left.

Unfortunately, more is going on. Yesterday at pick up I wanted to talk with his teacher quickly to make sure she was fine with his therapists coming in when they were. She told me she couldn’t talk, but would call over the weekend, likely Sunday. She also mentioned he had a tough day, especially in the afternoon. Well, I may have fund a reason for that. I’m not making excuses for my kid, but this could honestly be the heart of the problem. All three days NHL has barely eaten his lunch. Friday seemed to be the worst. His juice was gone (who knows if he drank it), but there was only 1-3 bites of sandwich missing and everything else was still there.

I don’t know about you, but I wouldn’t be too nice in the afternoon if I had not eaten since 6:45 in the morning. I would have a nasty headache and be snarly to say the least. So we shall see what his teacher has to say and get suggestions from her to assist with drop off.

Here are some additional photos that JL took on day 2 since he forgot the camera the first day. 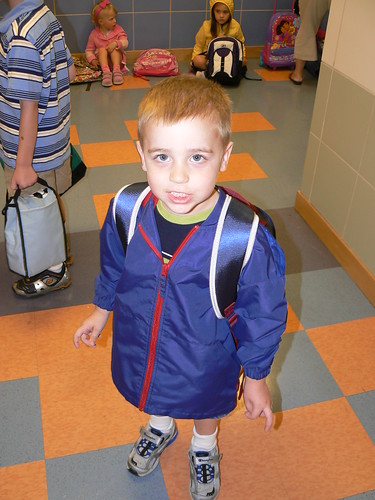 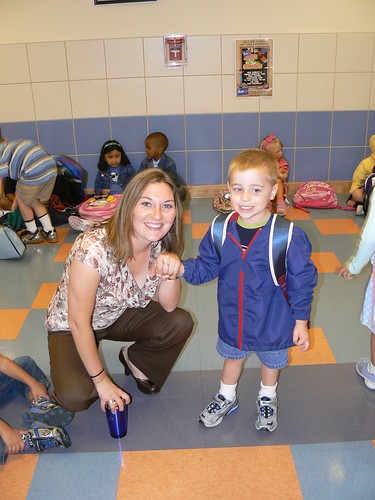 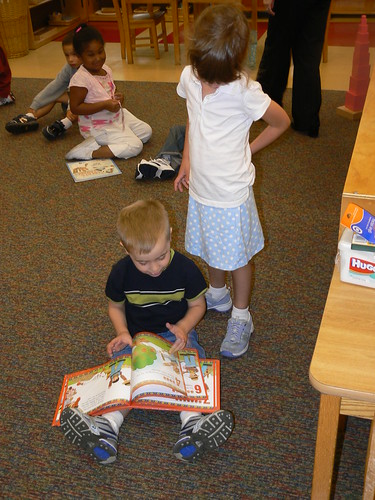 Hopefully things get better next week.  Now off to enjoy the weekend as a family.