Yes another night of candy, costumes, and sugar highs has come and gone. Halloween 2007 is now in the books. It was JSL’s first Halloween and per NHL’s request he had to dress up to go Trick-or-Treating with his big brother.

JL came home early and we quickly got both of the boys out of the house to head to my parents house. This way Nana and Papa could see them and they could go to a few of the neighbors there. Before heading out NHL had to get into his costume. After his costume was on JL told him to put on his shoes. Without skipping a beat he said the following:

"I don’t need shoes cause I have monkey feet"

We were in hysterics. JL finally was able to explain to him that monkey feet or not the shoes were needed for walking outside of the house.

JSL was not able to get dressed before leaving. Since his costume was a sack he could not be buckled into his car seat with it on. Everyone was ready and we went to Nana and Papa’s with NHL singing his song that he was going serenade Papa with.

NHL got out of the car and ran over to Papa to sing "Trick-or-Treat Smell my feet…."   You know the song. At the end of the song he then grabbed my father’s pants and tried to pull them down. Here’s a picture shortly before the pant grabbing event: 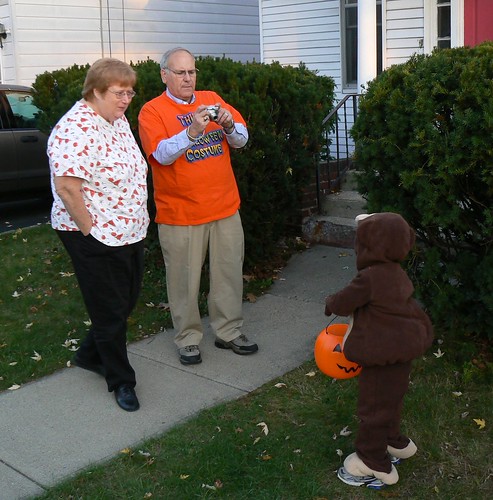 Next we went into the house to get the little penguin ready to go. Here is a photo mosaic of this fun (note the sarcasm). JSL was clearly not thrilled with our plan and let us know. FYI – the program that makes the mosaic cropped some of the pictures a little off, so sorry if parts of people are gone. The full versions of all are on my Flickr album. So without further interruptions I present to you "The Making of a Lil Penguin": 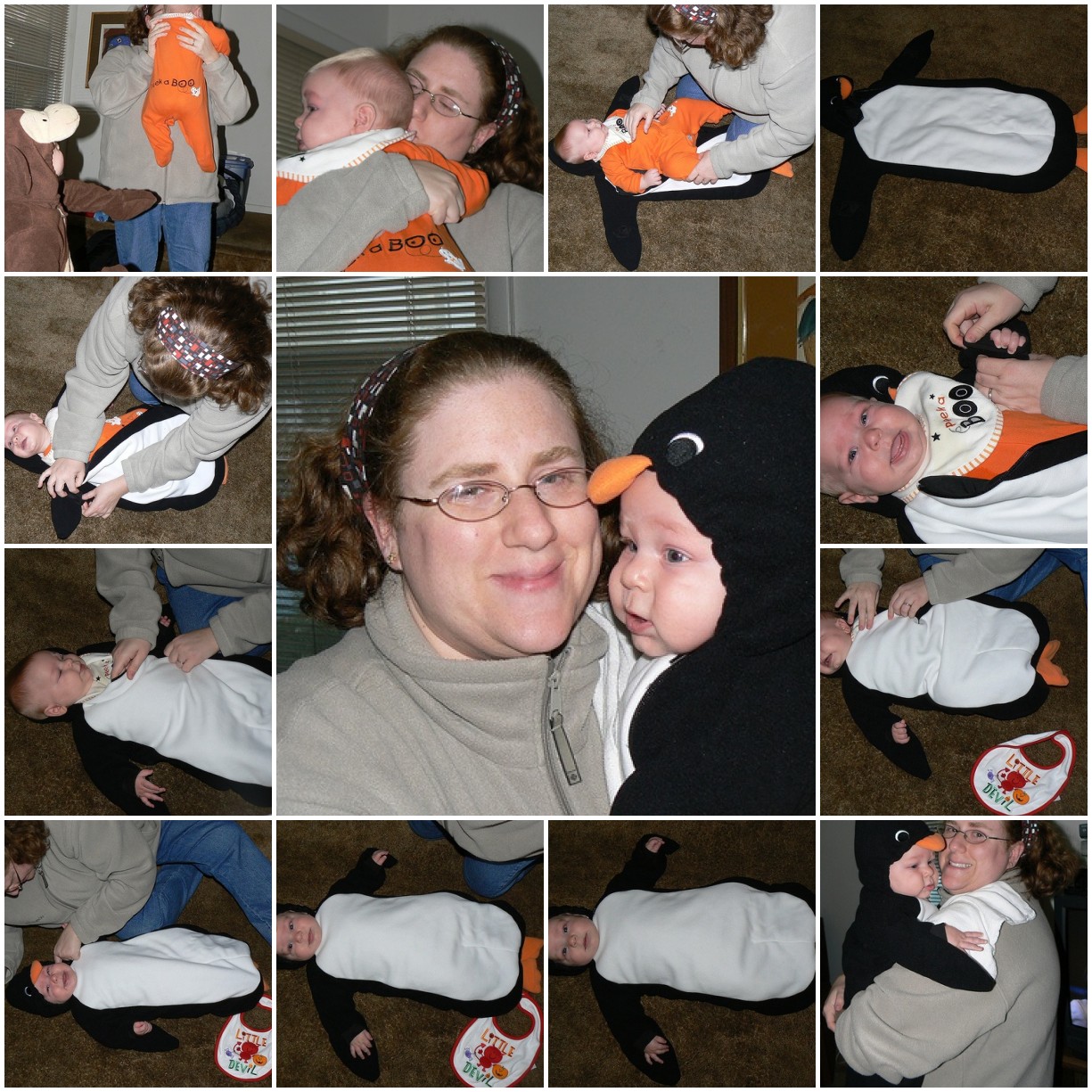 After this NHL went onto the ground to pose with his little brother for a few photos. Here’s another mosaic with those pictures: 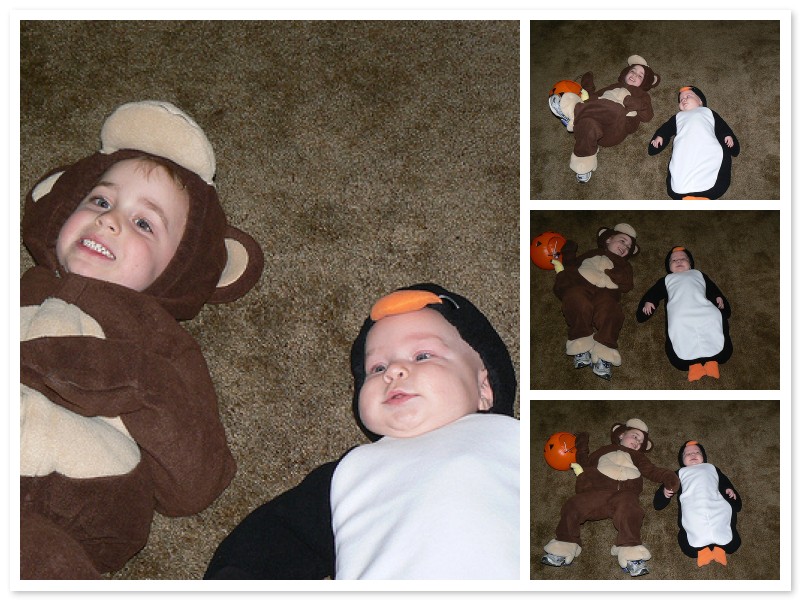 Finally it was time to head out and about. We went to the people across the street from my parents. Even their little dog was dressed for the day. Here is a photo: 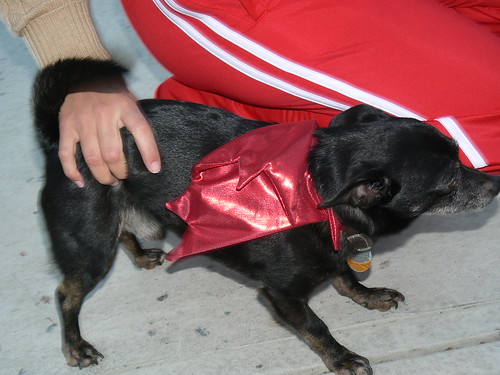 JSL was just taking everything in and sucking on his flippers. Thanks to it being chilly outside, we pulled his little hands in and transformed them into full fledged flippers. Here is the most amazing photo of his gorgeous blue eyes (while eating his own flipper): 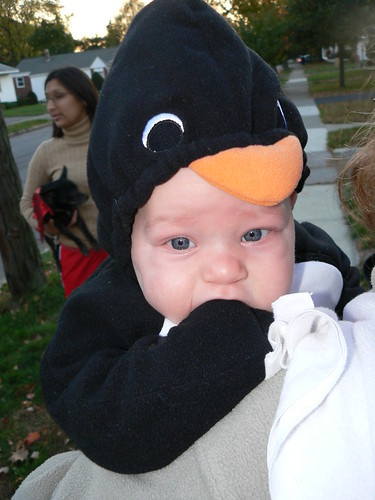 Once we went to a few houses and saw the kids that live next door it was time to head back home to go to a few houses by us. Here is a really nice photo of the sky as the sun was going down on Halloween 2007: 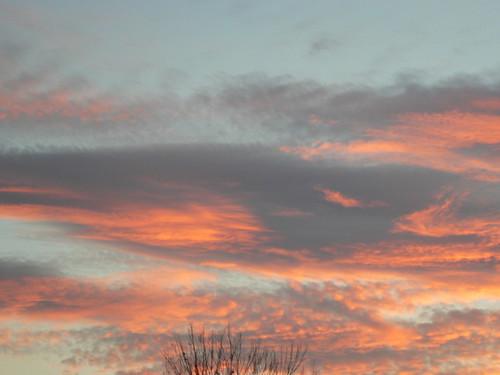