Visit to Uncle I = Sickies

Why must someone always get sick before visiting my brother and his family? Seriously there is always something just before, on the car ride there or during the visit that crops up. Mind you I have a hypothesis that it’s only since he moved to the city/area he’s in now. So Uncle I and Aunt M . . . maybe you need to move back to the precious location

Luckily JSL appears to be feeling better. He’s still a little off, but no fever, he’s nursing and thank goodness giving me soggy diapers. It was a LONG 14+ hours of not drinking and dry diapers. The only issues are the little turd angel not taking his medicine. Who knew a baby that is not even 6 months old could put.

Not only does he know how to dodge his head from the syringe, but he also clamps his mouth shut (dang he’s stubborn and strong) and gags and spits the cra stuff out. I will say this antibiotic smells nasty. Poor kid has only had mommy milk and rice cereal and now this medicine, Tylenol and Ibuprofen. He is never going to trust mommy again.

In an attempt to assist with things I called the pharmacy we normally go to and asked if there was anything I could do. They told me to come in and I could pay a nominal fee to have flavor added to it. I brought it tonight and I am happy sad to say it still smells nasty and it didn’t go down much better. In fact I think less may have gone in. Poor little monkey also spit up a lot of it during a diaper change with daddy, so who knows if anything stayed down. Then before bed I noticed he has a rash. I may just have to call our doctor’s office tomorrow about the rash on his face and spitting up.

I would seriously like a small dull moment please. Here’s some JSL art to end with: 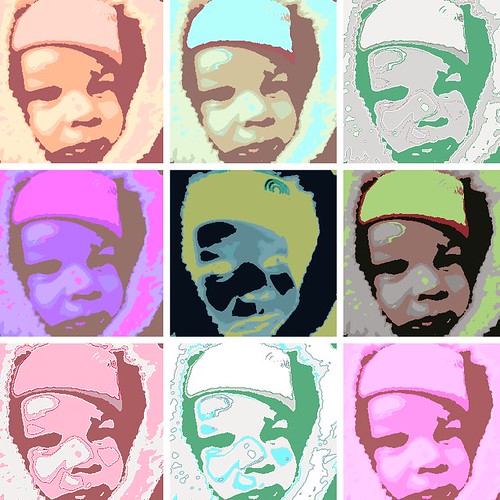