Childhood memories – of the tree kind

My mother and I both share something in common. Both of us lived at the house when we were little. We both played in the same backyard as children and were shaded by the same trusty tree. Over the years tree’s growth took off. In recent years the tree was starting to cause some problems. The roots from this big monster were ruining not only the driveway, but were also causing issue with the garage (already in rough shape from another tree falling on it).

Last year my parent’s neighbors put in a pool and asked my parents if they ever thought about taking the tree down. For them it was a nuisance thanks to allowing almost no sun in their yard, and also dumping stuff in their pool. They all agreed it was good to look into options before nature decided when the tree would come down on a house and injure someone.

Last Thursday at 7:30 the all day project of removing the giant tree took place. Unfortunately, I was not able to get there for photos of it before they started. I arrived at about 1:30 in the afternoon with the boys.

When we arrived my father took us to the yard to see what they had already done. They were just taking wood to the front so it was safe to look at from the neighbor’s driveway. Here is what we saw. 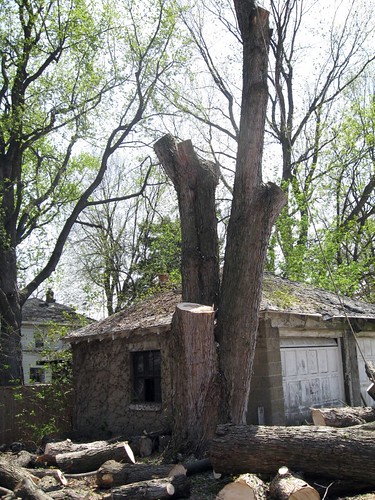 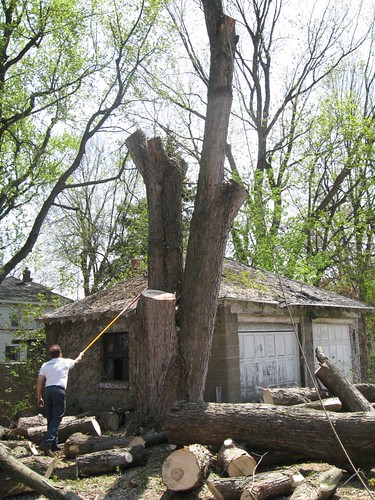 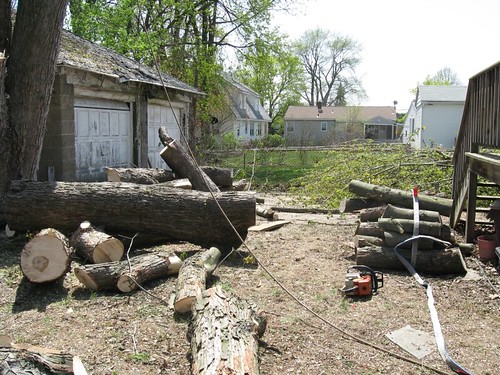 Papa held NHL’s hand since he was a little nervous of all of the noises coming from the other side of the house. 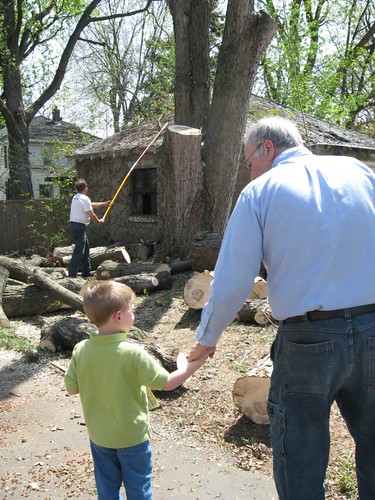 NHL was not too impressed. He did not realize how long they had been working. The four year old child’s mind did not stare like I did at the 60+ year old tree. I stood there recalling days past being shaded by the tree while on the swings with my friends, or getting dizzy on our spinning machine. As a pale child that tree saved me from many a sun burns!

Soon it was time to go back inside to see Nana. 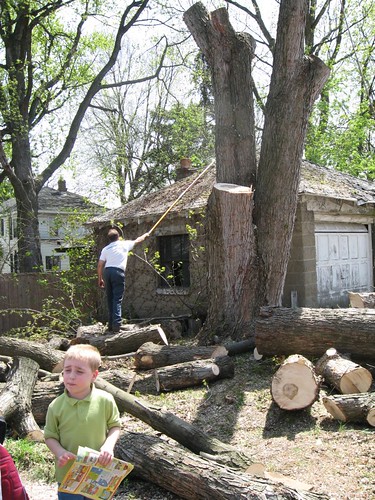 Inside the house we were also able to see what was making the noise outside. This is the machine that was guilty of making our ears ring. 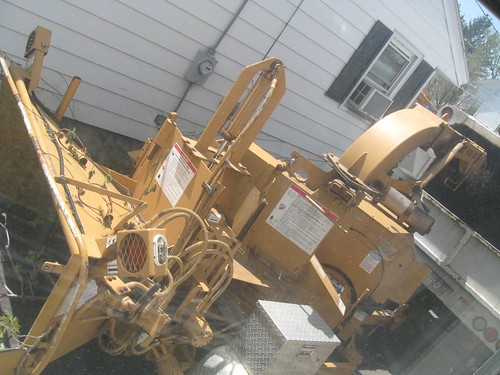 NHL, JSL and I stayed for a few hours to wait and see the remaining part of the tree come down. With each big "thump" in the backyard we knew it was getting closer. It was amazing to see how they were able to maneuver big machines and trucks into the tiny yards. This is one that was needed again in the end of the process. 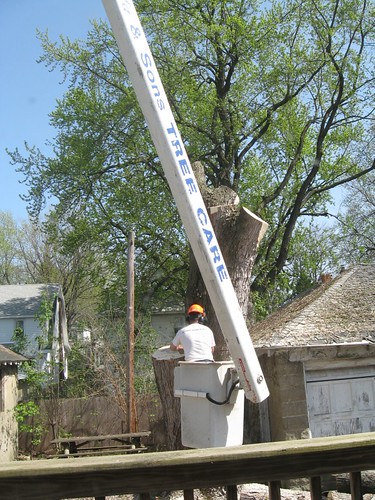 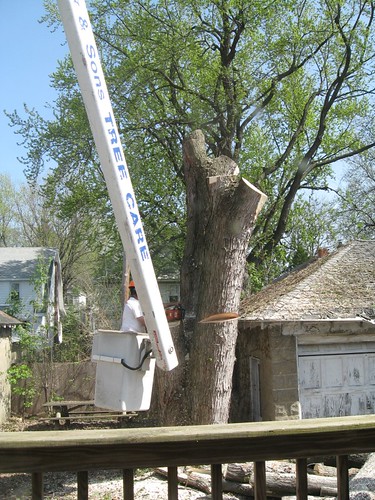 While the boys did not really seem to care what was going, my mother, father and I kept going to watch the events. The boys and Whiskers (their cockatoo) were more interested in other things. 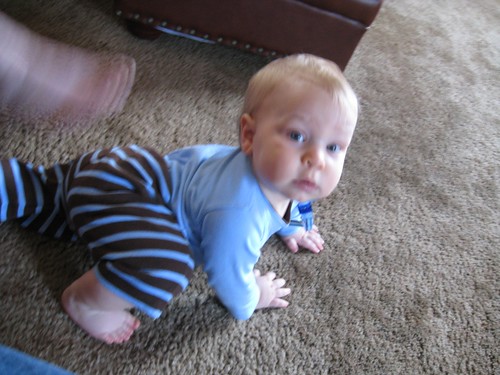 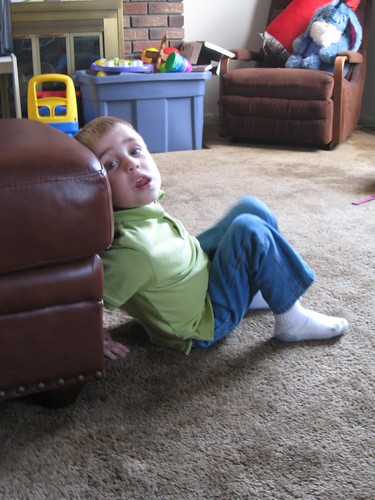 And this is the birdy: 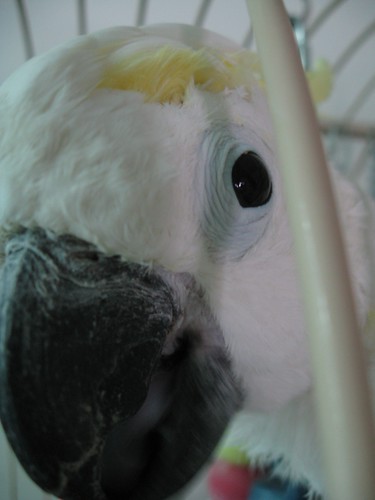 Finally, after quite some time we heard and felt a final thump and the entire tree was gone. The tree was officially gone and this is all that was left. 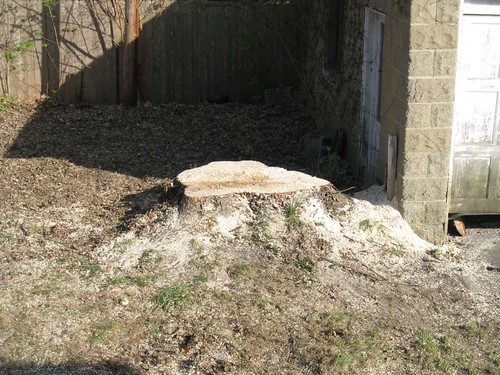 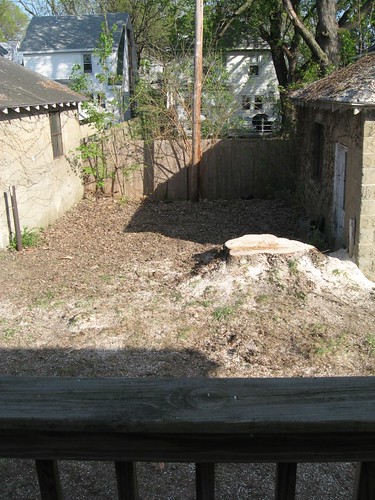 Sad to see such a big part of our family go, yet glad to see it go safely without problems.