Park adventures with my boys

Last Sunday before the second Passover seder we decided to take the boys to the park for some fresh air. We also thought it would be wise to let NHL to run off some steam. It was an absolutely gorgeous spring day.

Upon arriving at the park NHL bolted from the car (with permission) like this: 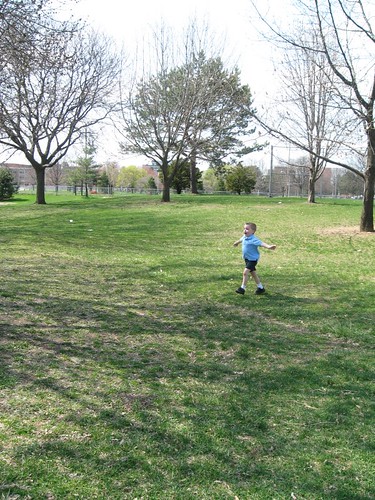 JSL was not so sure about the thing in the sky. Thanks to the long, dark, cold winter he forgot what the sun was like. For a while he was content to stay in his stroller under some shade with his sun hat on. 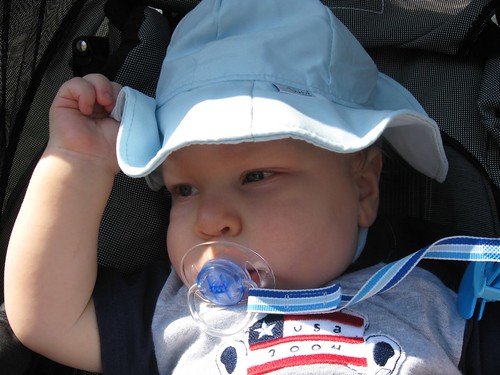 We watched as NHL climbed on anything and everything in his path. My what some amazing therapists can do for a kiddo. Last year at this time he would have asked for some assistance. Now, he could care less if we are there. 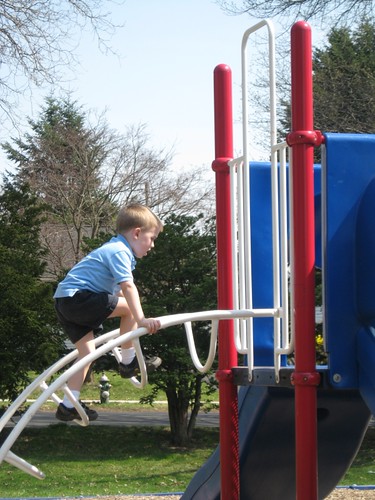 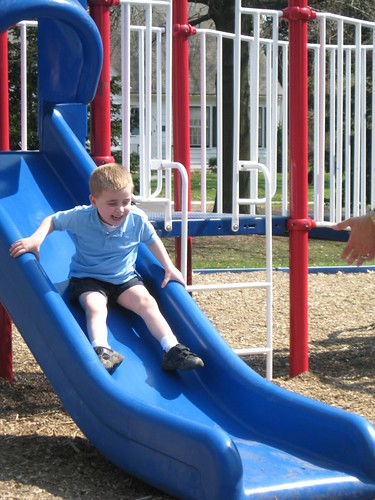 Quickly JSL was getting very antsy and wanted out of the stroller. He saw his big brother having fun and wanted to get closer. JL decided to show him around the park. Please note the big smile behind his binky. 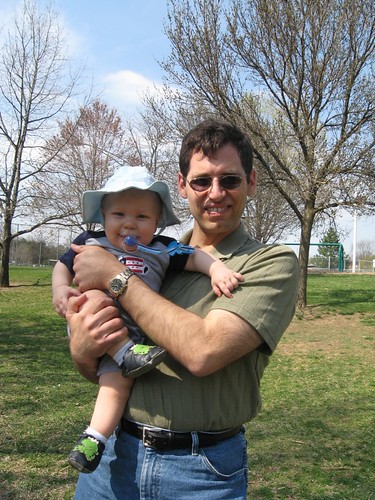 Unfortunately for JL, the little guy did not remain entertained by being out and watching for long. Before I knew it all three of my boys were running all over the playground. The first stop the BIG slide. 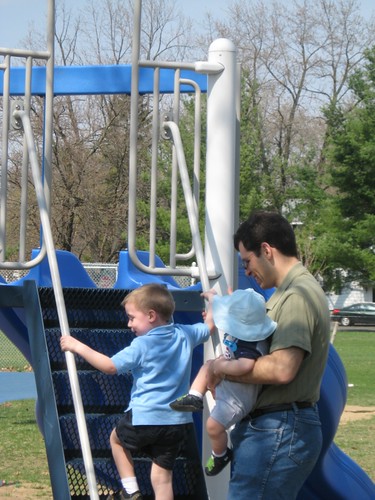 Do you think JSL liked his first adventures on the slide? Check these out to see what you think. Be sure to hover over the photos for some captions from Flickr. 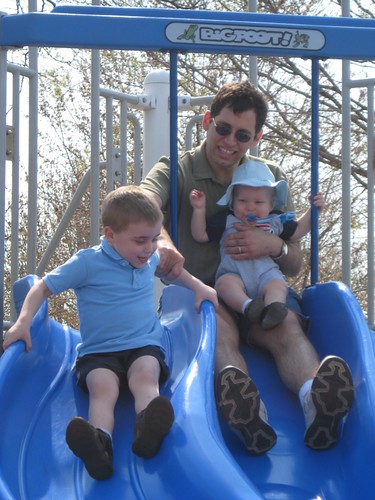 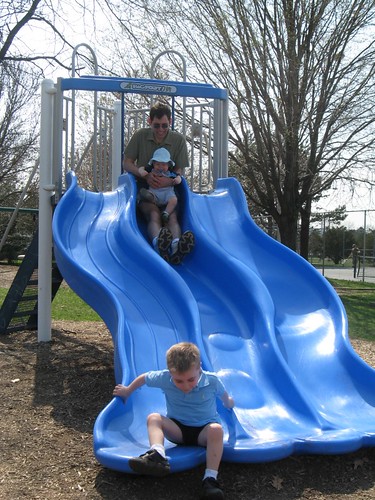 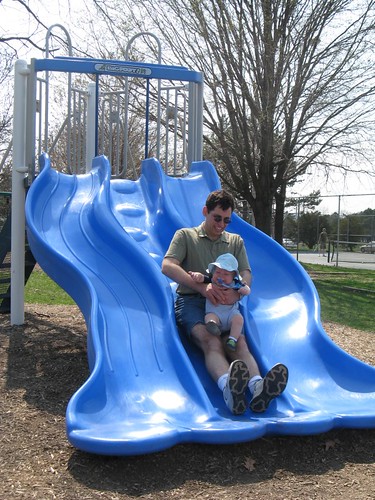 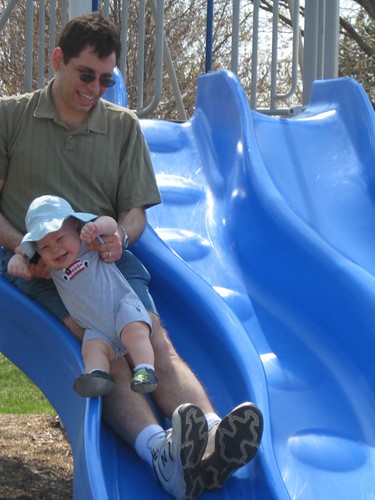 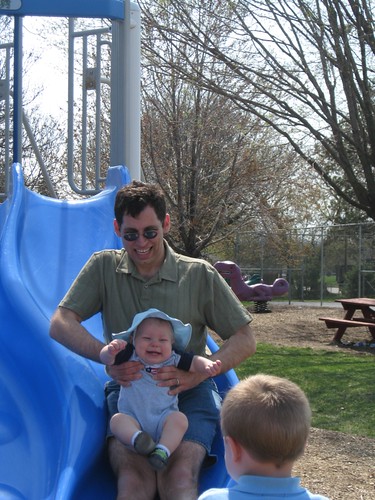 The little kiddie swings here were not too great. They were made for ages two and up and we quickly saw why. 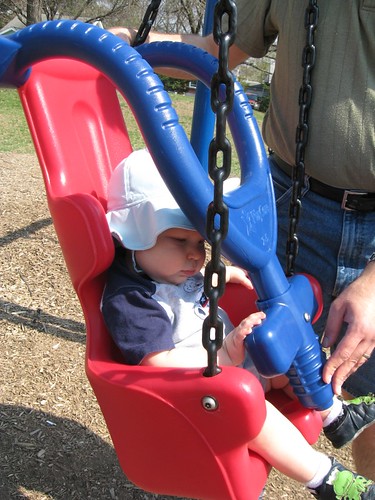 When this did not work out JL and JSL ran to catch up with NHL to try something else.  The two boys wanted to do a brother train down the smaller slide together. Run Forest JL Run! 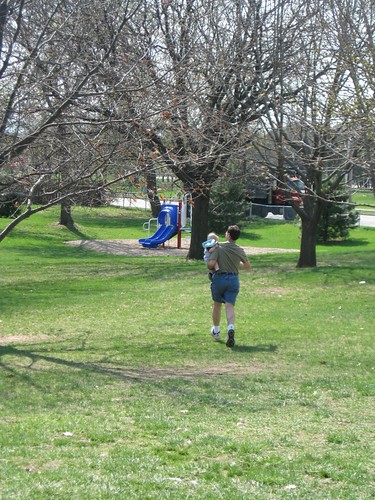 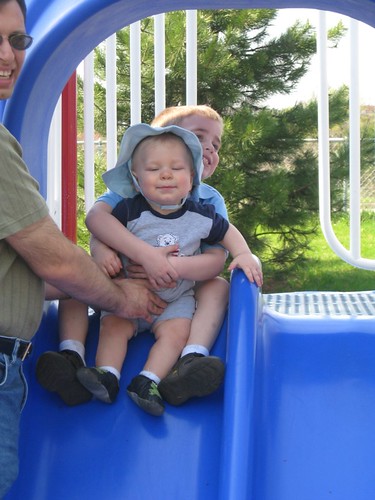 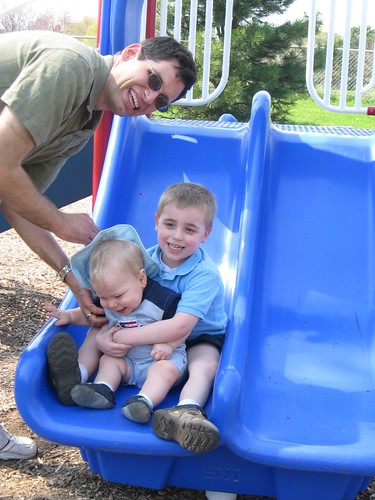 NHL ran all over the place while Daddy and JSL tried to keep up. Still it was amazing to watch JSL be so happy following his big brother and being in Daddy’s arms. 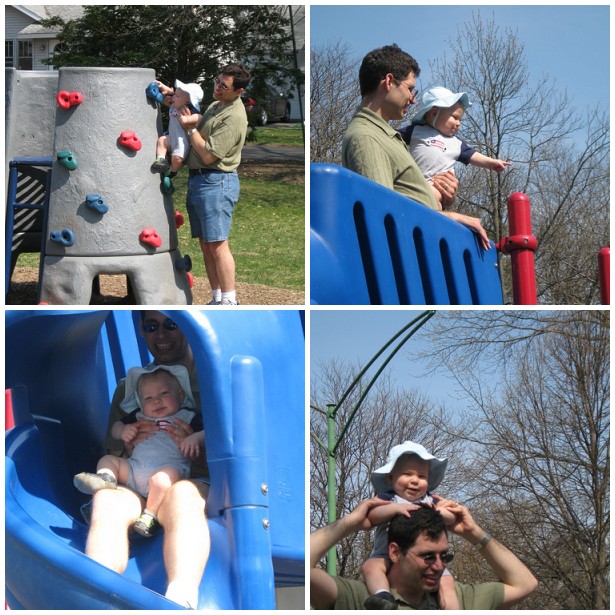 NHL was very serious as he contemplated the next location to go to in the park. 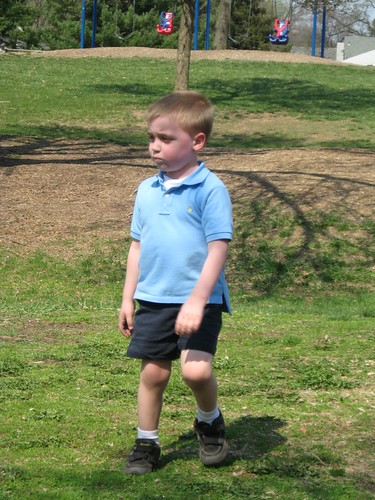 Before I knew it they were all off again . . . to the other side of the park. Before arriving at their final destination, JL and JSL stopped for a quick swing. Not NHL trying to be patient in the background while the other boys were swinging. 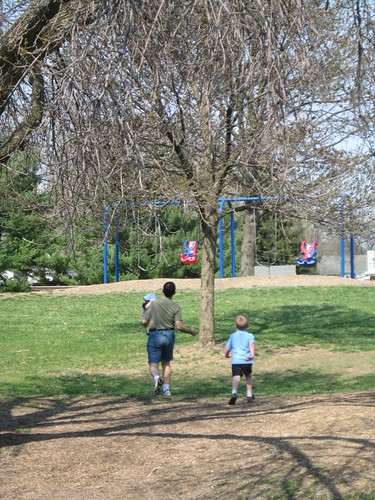 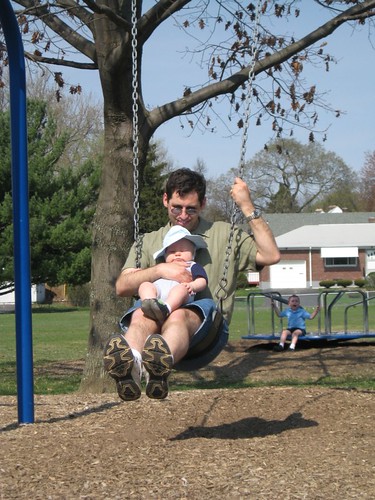 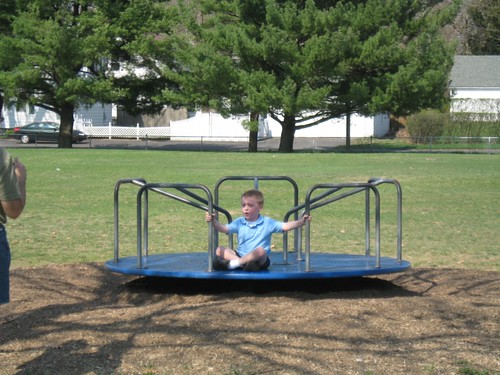 Then it was time for everyone to go round and round and get a little dizzy. At first JSL was not too sure about this. Before long he was barking at JL to go more! 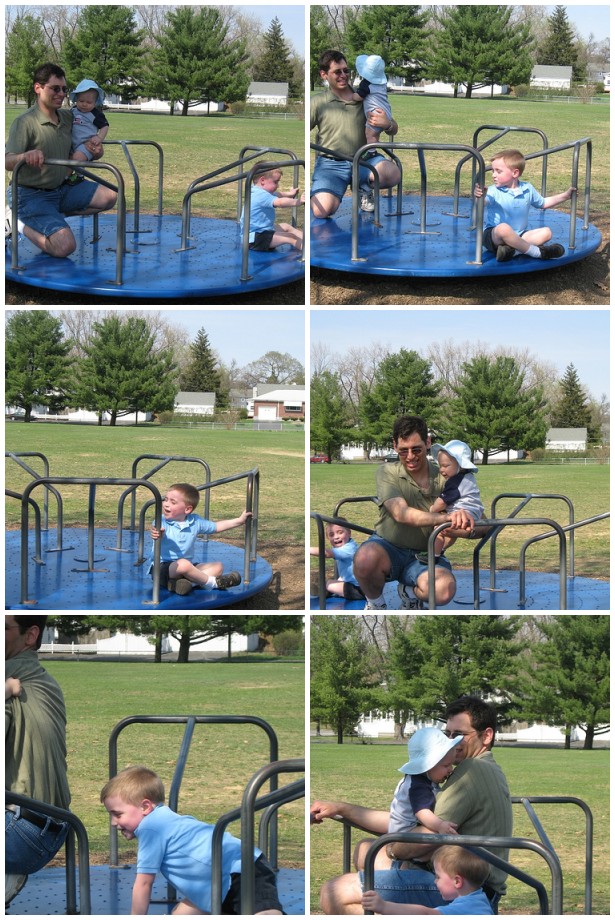 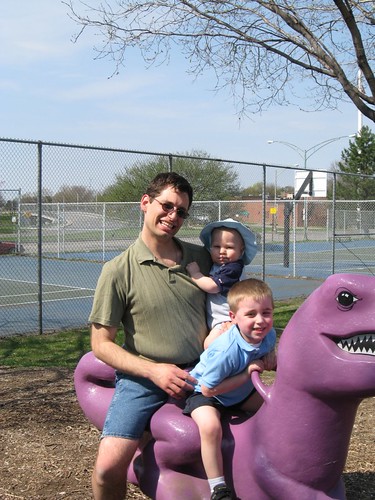 This afternoon we went back to the park for another fun trip before the rain comes in for the week. JSL immediately wanted to go and play. He is so anxious to be able to go and run with his big brother. Soon enough we will be yelling at both of the boys to come back to us.

The nice thing with today, hours after we went Passover is officially over! It is now time to break out the bagels, pizza and other yummy chametz people!