A week ago now we were finishing up the final preparations for Passover.  Is it over yet?!?!  Sunday evening can not come quick enough. Ahhhhh, I feel much better. Thanks for letting me vent.

Anyway, back to Friday. JL stayed home to finish things here and I took the two boys to a birthday party. Laura’s son Isaac turned 4 and invited NHL to go to Build A Bear Workshop with them and then to lunch. Thanks to Laura for being flexible and moving it off of the little monkey’s real Birthday (Saturday) because of Passover.

Prior to this NHL and I had never really seen how the Build a Bear thing works. This is the view of the store when you walk in. 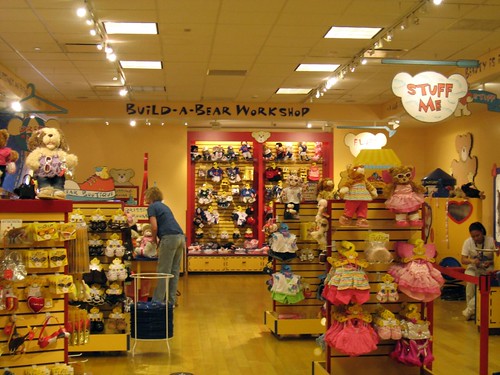 Thanks to the overwhelming amount of choices for two four year olds, Laura decided to give them three stuffed friends to select from. There was a bear, a dog and a dinosaur (triceratops to be exact). Care to guess what the two boys selected? 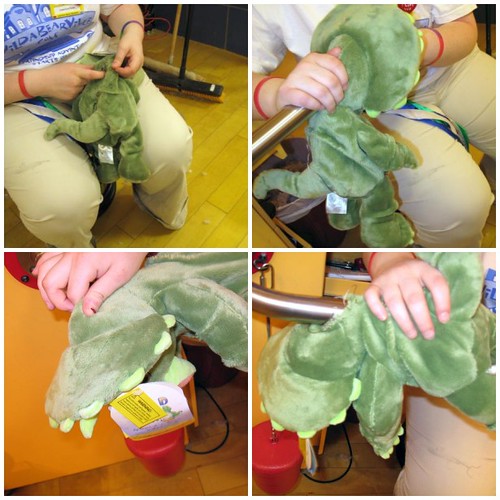 Once this was done NHL had to pick out a heart for his new buddy. Once he selected it he had to give it a kiss, make a wish and put it inside to be sewn into his dino pal. 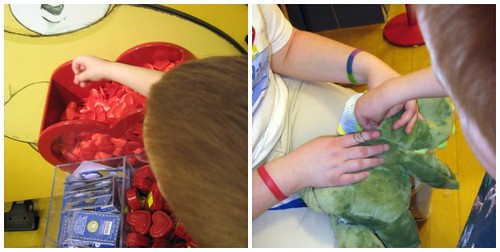 Next it was time to clean off the dino. A dino must be clean before getting dressed and heading out into the world you know. The actual thing is a pedal that controls air to help get fuzzies off your stuffed friend.

When both dinos were clean we tried (note the tried) to get a photo of the two boys and their dinos together. Good luck with two overly excited four year olds! 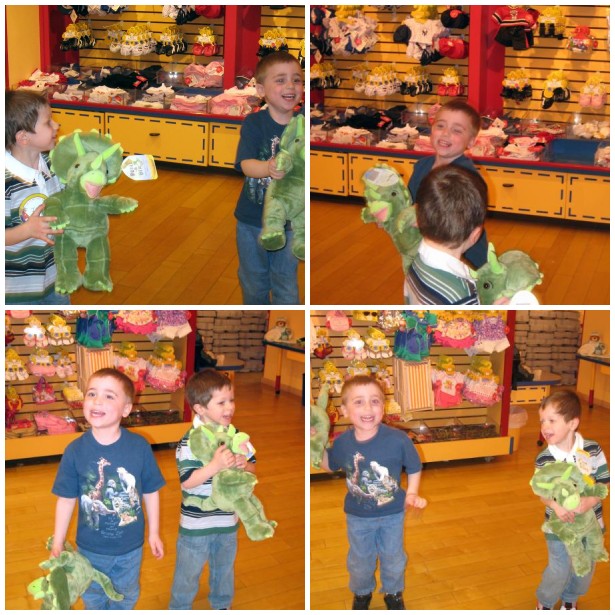 It did not work at all. Thanks to this they continued to get a shirt for their friends. Naked dinos were not acceptable thanks to Isaac’s Nana (thanks Mrs. D!!!!).  Both dinos were dressed stylishly in a dinosaur t-shirt and super cool dinosaur slippers (they even had shades on them). 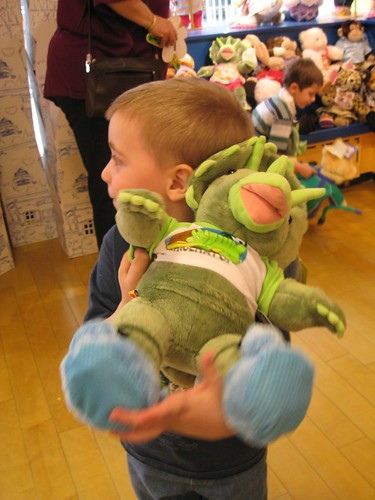 Of course having a dino is really great, but he needed an official name. Next up we went to the computer to give them a name and register them. NHL immediately called his Trike . This was in honor of Trike from Harry and his Bucket Full of Dinosaurs (great books and show). In addition to this the boys were allowed to get their big dinosaurs a little dino friend. NHL named that one Shane in honor of The Upside Down Show. 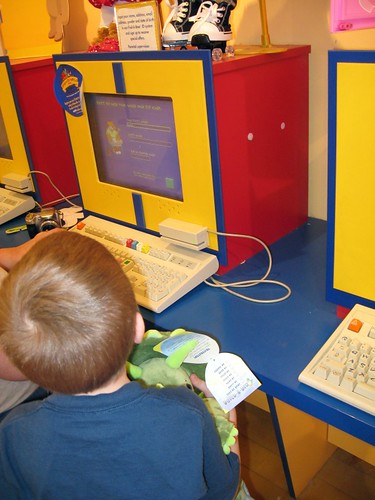 During this entire time JSL was being really good. He refused to nap, but watched carefully. There was so much going on he loved it! 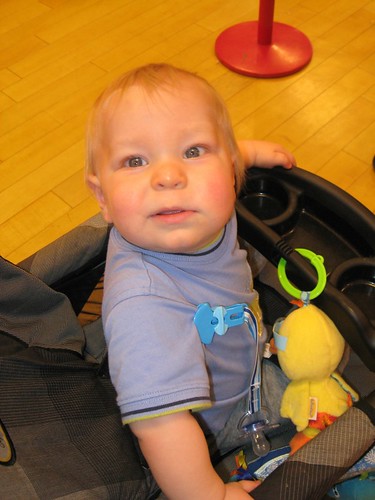 Before heading to lunch we tried one last time to get a photo of the two boys. This is what happened.

From here we walked our dino friends to Pizza Uno for lunch. 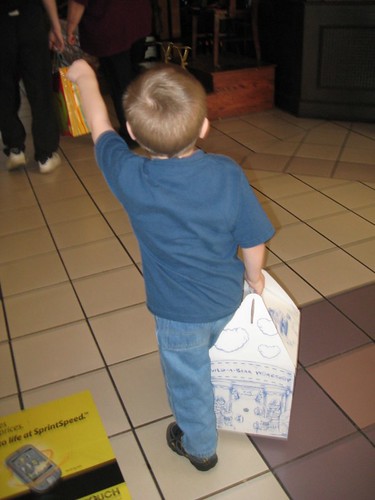 As soon as we sat down JSL grabbed the menu and knew what he wanted to order! 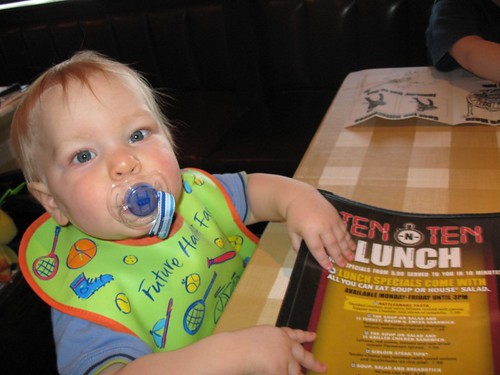 Lunch was delicious and we had a great afternoon. Thanks again to Laura, Doug, Isaac and especially Mom D!