Visiting with Mimi – a fun afternoon

My boys love seeing people. This is especially true when it comes to visiting my grandmother – we call her Mimi. NHL’s nursery school just happens to be right next door to the apartment building where my grandmother lives. Almost every day when we leave he asks to go and see her. Wednesday I surprised him with the new that we were going there to play for a little while. After some "fun" in the car that almost canceled the visit, we continued on our way.

I have to say it is wonderful to watch everyone interact. I do not know who enjoys it more, my grandmother or the boys. Here are some photos from their visit.

JSL has gotten very attached to Mimi. He loves when she sings songs to him. While there on Wednesday he wanted some water and was making too much of a mess with his sippy cup. Mimi helped him to sip some water from a big boy cup. He loved it! 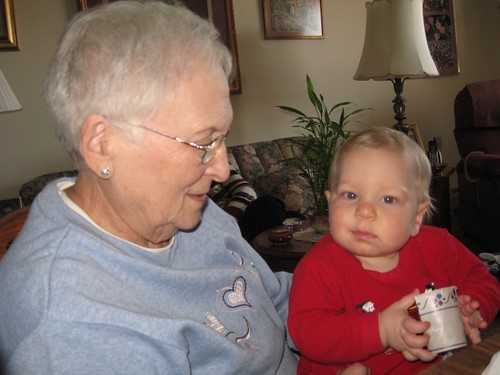 Of course I had to get a photo of Mimi kisses! 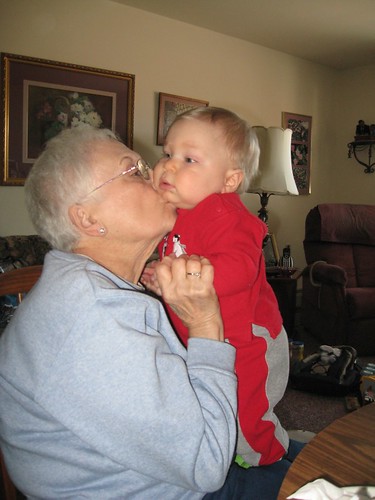 Before eating some chicken soup with matzah balls NHL went for a ride in his favorite chair. 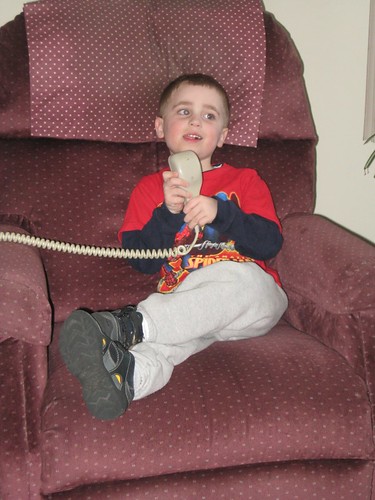 JSL wanted to be with Mimi to see things. He was very curious about this container and wanted to see what was inside. 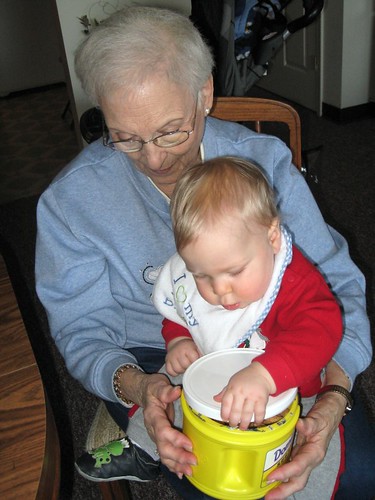 We stayed for several hours until it was time to meet JL home for dinner. NHL had such a great time that he went to sleep quickly. A little while later JSL woke up and we found NHL in his bed in a way that was not so good. 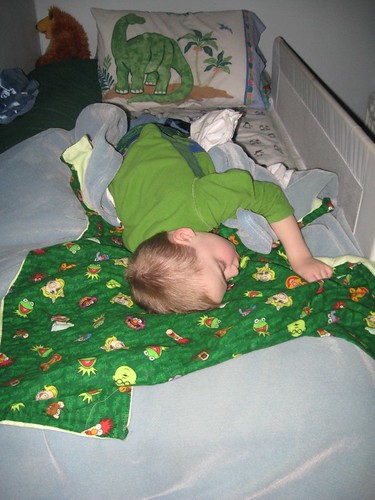 Thank goodness we found him before he went off the bed. After the photo was taken I moved him back up to the pillow end of the bed.

More adventures to be shared later.

« The “sick” week in photo review
Gaggles of Giggles »