We are not tired Mom

As previously mentioned, I just started to do a mandatory rest time in the afternoon. JSL is exhausted, but he will not settle in his own crib. This is partially our fault, but more or less thanks to sharing a room with his big brother. NHL goes to sleep slightly before JSL. We never wanted to put an awake JSL into his crib while NHL was already sleeping. Now 14 months old, trying to teach a little one new tricks is very tough. He screams and hoots and has full blown temper tantrums at the sight of his crib.

Thanks to this I had an idea. I wanted to try a rest time for both boys in their room. I figured if NHL was in the room reading/resting (not holding my breath about napping) perhaps JSL would settle and nap. It certainly could not hurt to try. I knew it would not work right away, but was hoping for the best.

Wednesday was my second try at this. JSL stopped screaming a lot faster. He stood up the entire time looking and watching NHL. Tuesday when I tried this he actually cried himself to sleep standing up. Unfortunately I did not get a photo since NHL heard me coming to the room and said something and woke up the little guy.

Back to this past Wednesday. After quite a long time I admitted defeat, for the day, and went into the room. This is what I was greeted with. 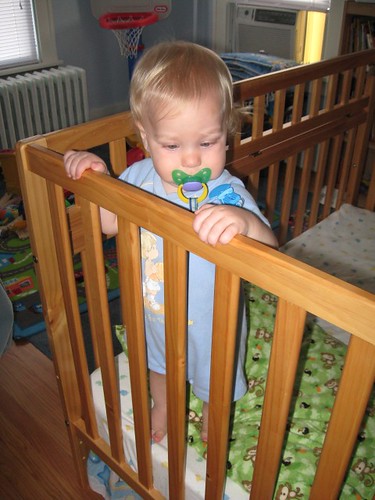 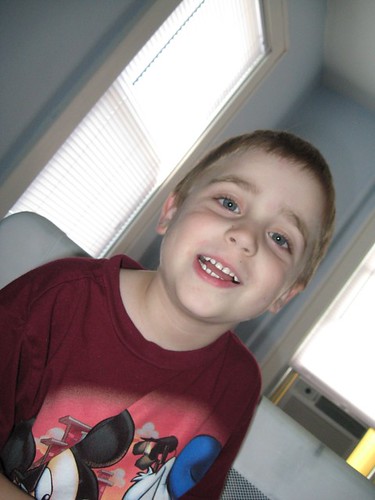 Clearly they were not giving in – stubborn little boys! Hmmm. . . I wonder where they get that from?!?!

I asked NHL if he would go into the crib to show JSL how to rest. He thought that was a fun idea and allowed me to put him into the crib. He was quite impressed with the job and quickly got to work. 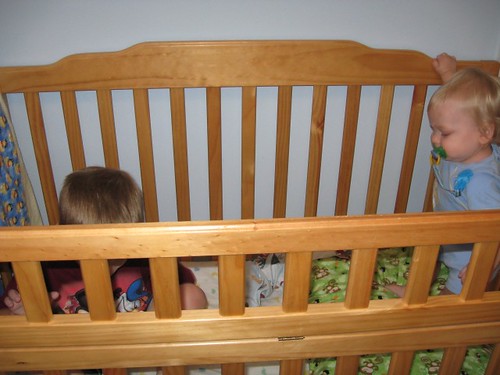 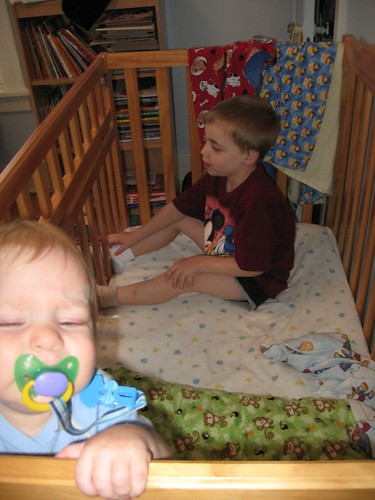 Here is NHL being a positive role model to his little brother. 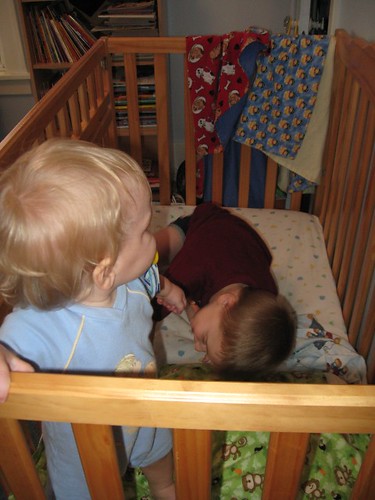 Now we just need to work on trying this out when they are both in their own bed/crib. Hopefully they will work with me on this. Tired cranky boys in the afternoon are no fun. When they have energy to play they are much more fun and do not fight. Yes, even at their age they get into arguements and have tantrums to each other. I will enjoy these while they last and do not involved wrestling and physcial additions to the mix.

The one nice part about no naps, both boys go to sleep quite easily at night. Check out how sweet and peaceful they are. Awwwwww! 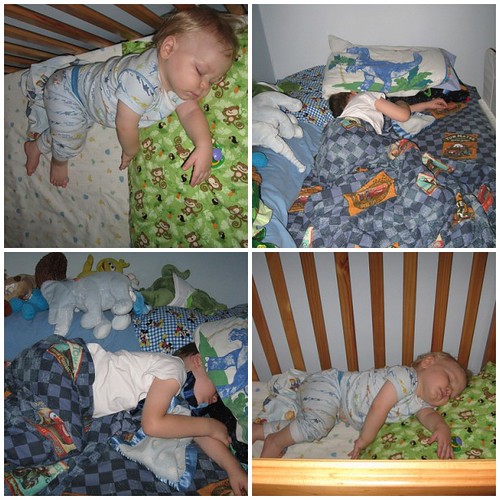