The trouble with word families

All of my years of teaching and being in a classroom have taught me that no child is always an angel. My kids are no exception to the rule. The only real angels here are those made in the snow. 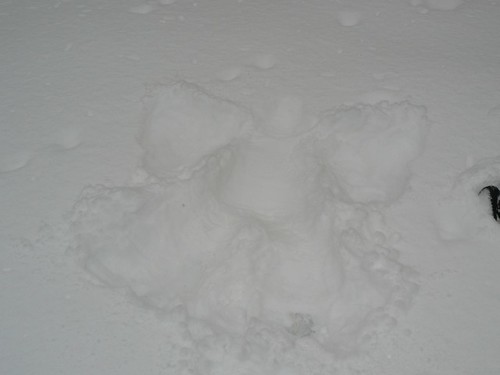 NHL makes a great snow angel, but he still know how to get into plenty of mischief. 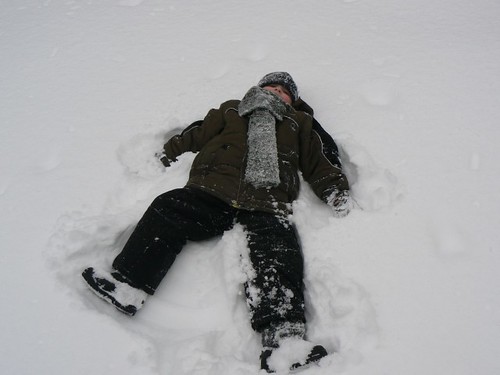 So why am I bringing this up?

Yesterday, when I was picking NHL up from school his teacher pulled him aside and told him to wait since she wanted to talk to me. Of course like every parent, my heart immediately went to my toes and I wondered what had happened. After all of the other kids were gone she explained things to me.

The class was working on some more word families. For those of you unfamiliar with this term,  word families are group of rhyming words that have a common ending to them. An example:  the "at" family:  hat, cat, sat, mat. . . and so on.

The word family that the class was working on yesterday was the "it" family. Can you see where this is going?! As soon as she said it, I knew what NHL had done.

Apparently, NHL was excited to rhyme and went ahead of the class. He added words to the family and sure as, well the word in question, he added the sh to the end sound and formed a familiar adult word. NHL’s teachers said he wrote it on the board when he was told not to. He was so excited to share.

You may think, wow why didn’t he stop? The thing is he was not trying to be disrespectful, he really was naive and had no clue about said word. Sure he probably has heard it coming from a mouth or two in the family (not hubby’s), but he has never used it or said anything. Once the teachers talked with him about why the word was not acceptable he stopped. Since they realized he had no clue, they did not give him a warning for his so called actions.

The parent in me laughed and thought it was funny. At the same time, the teacher in me knew that other kids were probably howling and laughing at the word my naive child had created. It immediately made me recall when I was student teaching in first grade and doing short u words with the kids. I was being observed and was using the word "duck" to rhyme. You best believe that I carefully selected kids to answer so I did not get the wrong -uck word!  Of course nobody could have prepared me for little Z who came up with his own short u word. He said "butt" and would not stop. He was chanting "butt" and made up a little "butt" song. From that moment on Z was forever known as "butt boy" in my eyes.  Ah, the joys of kids and teaching! 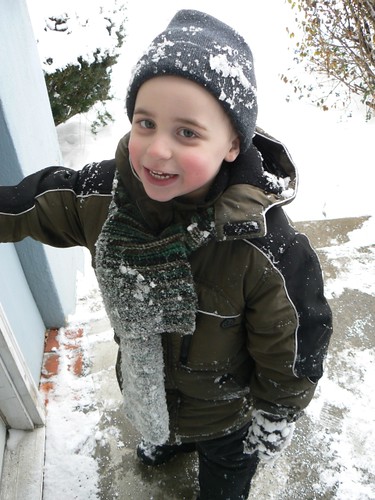 This has taught me that I  need to cherish these moments. Before I know it, my naive kindergarten kid is going to be gone and he will soon learn more street smart items from his classmates and world.