Bird is the word

I admit it, I am a bird person. Growing up I always had a pet bird. We started out with a parakeet named Pretty Boy. He passed away when my brother was born. We bought a cockatiel and also named him Pretty Boy. My parents had him for over 20 years, very rare for a cockatiel. Along with Pretty boy at one time or another we had two parakeets (Ninja and Teddy), three cockatiels (Baby, Wild Thing and Cinnamon), and two cockatoos (Moose and Whiskers). Only Whiskers remains these days and certainly makes her presence known. 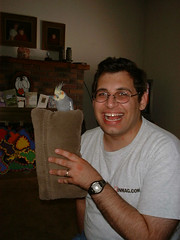 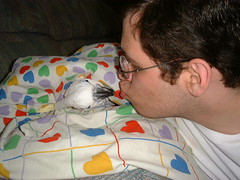 Apparently, I need to further explain that statement. Although I appreciate wild birds, I do so when they are outside of my house. Yesterday was a wild day (pun intended). While I went downstairs to put laundry into the dryer I heard something crash behind me in the basement. Let me clarify that I was alone, JSL was upstairs and no other human was in the house with us.

I turned around to see what was going on. Over by the bottom of the chimney, near the furnace, I saw something move. It must have seen me and stopped for a minute. At a quick glance, I was able to identify that the very dirty animal had feathers. Then it moved across the basement floor. What did I do?  I screamed and ran up the stairs of course!

I immediately called JL and was in tears. He started to make phone calls. First was Animal Control where he left a message and nobody has returned it. Then he called DEC where a woman gave him the names of people to call who take injured birds to rehabilitate them. JL gave me the numbers. Out of six or more that I called, I got a hold of one woman and left a message for another who was at work. Nobody was able to assist me, so JL called the Humane Society for more ideasa. He started a loop of calls and found a wild life hotline and left a message.

While waiting for calls my father came over with a box and gloves, armed to assist me in finding the bird. We went into the basement with a flashlight and saw nothing. There were too many hiding places for a small frightened and injured bird. I put the rest of the laundry in to dry and we left the basement.

The woman from the hotline called me back when we went upstairs. She would not be able to make it to our house until the evening. I told her our new problem. She said she would call before coming over to check on the status.

Fast forward to JL getting home from work at 5:00. He went into the basement and looked around. He came up at the same time as the woman from the hotline called back. JL informed me that he thought he found the bird and it was definitely nom alive. He wanted me to go into the basement to make sure that it was what I had seen. I told the woman and she told me not to fret that we did the right thing and tried, but it was not meant to be.

I went into the basement. Sure enough there was the small bird by our dryer. I had noticed something there earlier, but thought nothing of it. The poor thing had definitely come in via our chimney, which connects with our furnace. The bird was in rough shape and I am shocked given the condition that it was able to move from one side of the basement to the other. JL packed up the bird to dispose of it and I returned another call from a rescue person that was coming today. I thanked her and told her that it was no long needed.

As soon as it is safe to get up by the chimney this spring, we will be putting up a vermin guard. Had I not been in the basement when this bird got in I probably never would have known about it until we smelled it.

Now I leave you with this Family Guy segment as a tribute to the bird.