Up and down battles

My boys are pretty healthy (*knock on wood*). The problem, when they get sick they like to drag it out for a while. Nothing is ever simple with NHL and JSL. It seems to be a major uphill battle with them when we are fighting an illness. Just when we seem like we are at the top and all better. 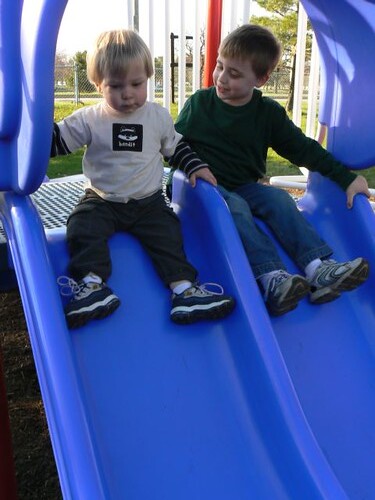 BAM!  Right back to where we started again with a climb back to the top. 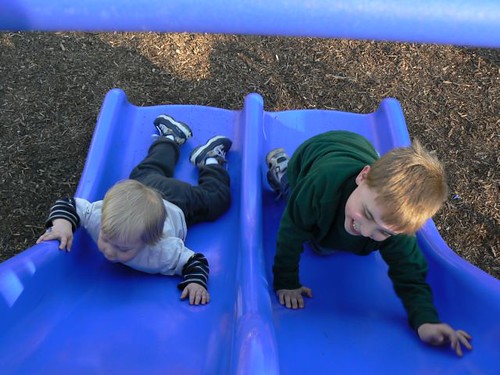 As I mentioned Tuesday, JSL had been on an antibiotic for three days and spiked a 104 fever Monday night. Obviously we had to go back to the doctor to have his ear rechecked. After some hoopla at the doctor’s office, we were lucky enough to see the doctor we really like. She looked into his left ear and there was now fluid in it. That had not been the case Saturday at Urgent Care. The infected right ear was still horrible looking and red. We were put on a new antibiotic.

While there I voiced my concern about being sick so close to when we go to Disney World. I was floored when she not only suggested a prescription for antibiotics go with us on our trip, but we fill it and take it with us. So we have a refill on the antibiotic just in case we need it while visiting Mickey Mouse and friends. We head back for a recheck a little before our trip. The doctor is holding off on an ENT visit for now. Since we only have 3-4 confirmed ear infections during the 2008-2009 season he is on the line. IF we get one more infections before the fall we are off for a consult.

Thank goodness this antibiotic seems to be kicking JSL’s infection. We can now see signs of everything draining from his ear. The poor kid is coughing and sneezing, but at least it is breaking up. With any luck he will be feeling great and we can head to the park for some fun again. As you can see he truly does love it there. 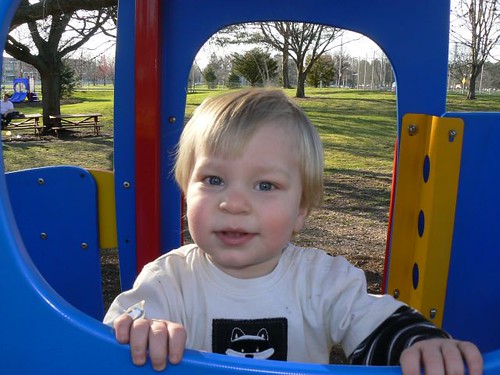