From kindergarten to babies and beyond

When my son started kindergarten last year, I had a secret wish in the back of my head. I hoped that he would become friends with someone and continue on through school with that child. I was lucky enough to have this when I started school all those years ago. Back in my kindergarten days I met M and we quickly became friends. She would come over to my house, I would go to her house. We traveled all through elementary school in the same class. When we went to middle school we had a few classes together, but still remained close friends. In high school it was more difficult to have the same schedules. I still recall one of my favorite classes was Pottery and Sculpture because M and I were both in that class. It was fun seeing her and chat, plus the class was relaxing compared to all of the other academics within the day.

When we graduated from high school M went off to college not too far from here and I stayed at a local school. Time slipped by and we would e-mail each other every so often. When M was done with school she moved across the country. When she came back to visit several  years later we got together. Many years had gone by, but we picked up our special friendship where it had left off. When M and her husband moved to Europe for a while we stayed in touch online. After that adventure they came back and settled in this area.

On Sunday I went to M’s baby shower. She and her husband F are expecting their first little one  in just a few weeks. Each time I was introduced to someone we explained how we met in kindergarten. It made me smile and think of what an accomplishment that is.  M and I may not see each other as much as we did when we were little, but our friendship has lasted over two dozen years – that is saying something. 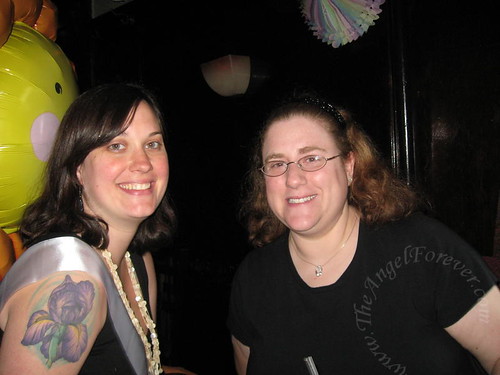 M has watched me as I became a mother and now I will be able to see her in that new role. I look forward to meeting her little one and watching him/her grow up. 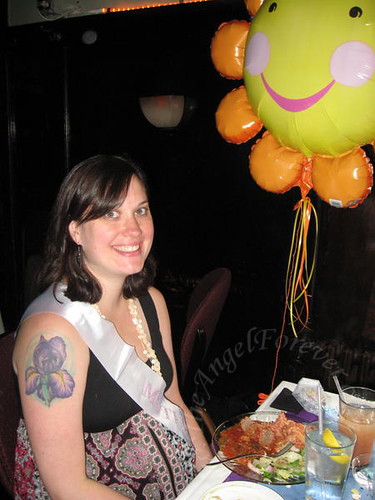 Moosekin, I wish you and F only the best as you begin this new adventure in life. I know that both of you are going to be amazing parents. Remember to enjoy this special time, learn as you go along and savor the moments because they truly grow up too quickly. It seems like just yesterday when we were in kindergarten together and look at us now!