Imagine going to a dentist and not wanting to leave their office. No really, this does exist at least for my children. Growing up, I went to a pediatric dentist. He had a fun office with video games upstairs in the waiting room, and more fun downstairs. There was even music to listen to if you needed to have something worked on. I still remember listening to music and then realizing that if I opened my eyes and looked at the reflection in the light I was able to see what was being done – yikes!

The boys have been going to the dentist since they had teeth. Actually, for JSL he has been going longer. His first appointment was when he was only weeks old. Thanks to this experience at the office and watching TechyDad and I at the dentist, the boys are pretty good about dental visits.

Of course, the office that we go to certainly helps. Aside from having three amazing dentists that are fabulous with the boys, the office is just plain fun to go to. I wish I had time to explore more of the fun and games each time, but the kids won’t let me. Here is a little tour. Sorry for the quality of some of the photos. A few were taken with my cell phone before I bothered to take my camera out of the bag.

Before we are called back into the room, JSL plays in the kids gaming area. There are several stations set up with video games. I am particularly intrigued by the touch screen option that has a bunch of educational games, but JSL had no interest in that. He preferred to "play" Mario Kart. 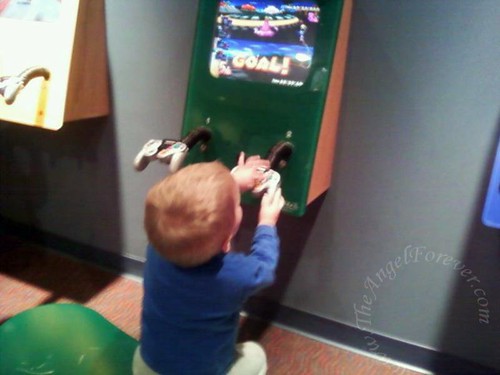 Then it was time to play with some other options. He also enjoyed the other area that has a giant ball maze on the wall (not shown). This kept him quite busy until we were called back. 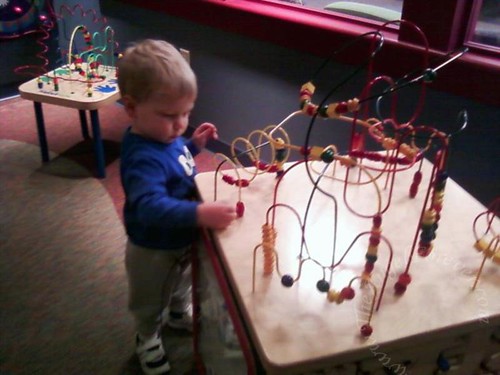 When we were called back, JSL was NOT happy. He cried and showed all of us just how nicely his lungs could project his protests. He also looked at me and told me that they were going to eat him. Not sure where this is coming from, but it is a new phrase we hear all the time (may explain the nightmares too). When we got into the room, the woman quickly put a movie on above the dental chair. Here check out the view: 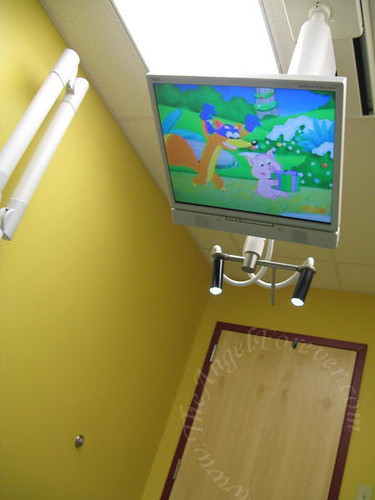 Not the best of movies, but Dora kept him quite happy. See, here is happy JSL waiting to see the dentist. 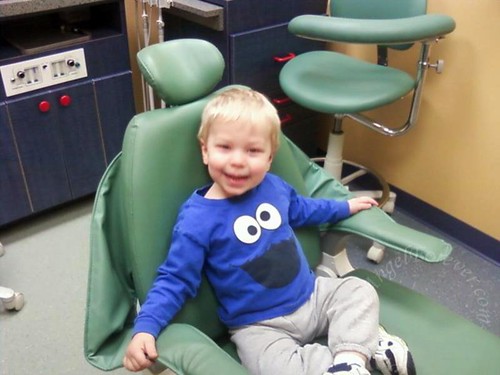 The little guy is used to the routine here. What is not to like here? The rooms are colorful, cheery, big, and have movies to keep the kids occupied before, during and after the exam. Most of the dental equipment really blends in and the kids (and parents) hardly focus on it at all. 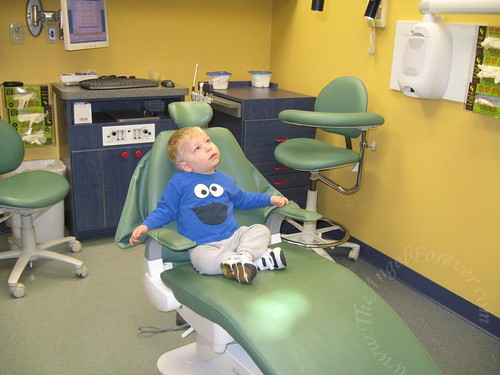 When the dentist came in, JSL was great. He opened his mouth nicely and let him do the exam. He mentioned that, according to the report from the other dentist (6 months ago), it looks like JSL’s binky bite is correcting itself. He asked if JSL was using his binky less. Yes! We had gotten rid of it, but illness allowed it to sneak back for our sanity. Dr. J was not worried in the least. He said to keep up what we’re doing with the less binky, great brushing and fluoride drops.  Of course, when he asked JSL questions there was no answer. The little guy was a little too involved with Dora. 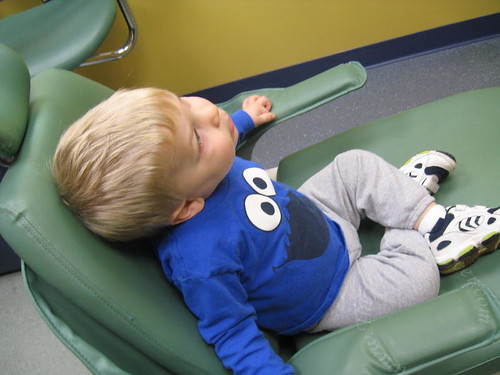 After his exam, they agreed that we would do another cleaning. Last time JSL shocked all of us and allowed a full teeth cleaning with no protest. So the hygienist came in and JSL was pretty good once again. The teeth were polished, spaces flossed (we need to do that more with him), and the fluoride brushed onto his pearly whites. Since the little guy was asking for water, we opted to stay and play a few more games to stretch the time. After the fluoride is put on, there is not eating/drinking for 30 minutes. Here is where the little guy went to: 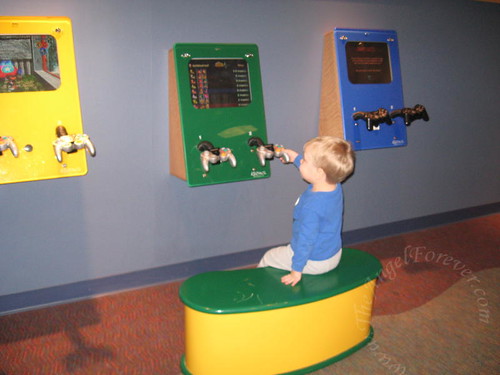 Eventually, it was time to leave. There was much protesting, but I reminded JSL that we were off to pick our a new Hot Wheels car for being such a great big boy at the dentist. Special thanks to Dr’s N, J & J for having such a fabulous practice for the kiddos to learn about proper dental care. We will see you in a few months for NHL’s next visit.

Don’t you wish you could go to a fun dentist like this too? I know I’m pretty jealous of my two boys!