Summer fun at the library

Wednesday was a miserable and rainy day. JSL was going stir crazy and kept asking to get out of the house. Eventually, I asked him if he wanted to go to the library to get some things and play. Yes, I said play at the library. They were open at that point and I knew they had just gotten some puzzles for kids and had a LEGO table with several types of building blocks. I also thought about taking his library card so he could use their computers to try some things on kid websites.

When JSL and I arrived at the library, it was pretty empty. First, we went to get some DVDs and then settled into the kids area. JSL took out a puzzle and then decided he wanted to check out the blocks and build some items. He was playing very nicely all alone. I will spare you the details about what happened when two girls suddenly arrived without any adults. Thankfully, JSL kept playing and was letting the girls take a ton of the items away from him. 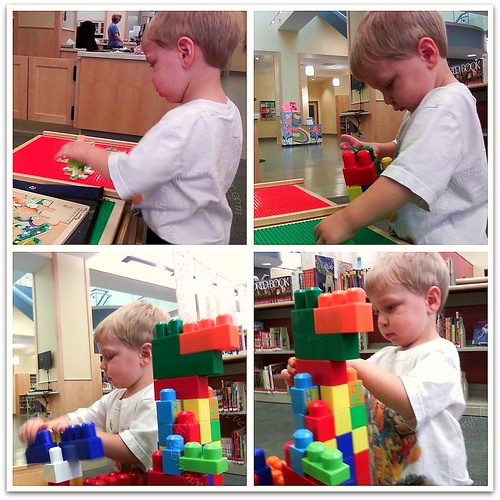 As JSL was using his imagination, I sat next to him on the floor and was knitting my current small project. It was nice and quiet, so I could knit and watch the little guy play. 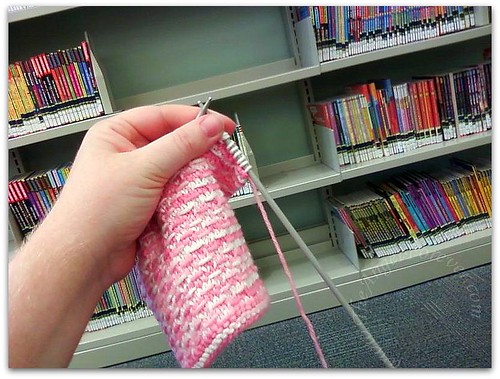 While there, I also realized that in just a few short days both of the boys will be home for the summer. NHL will be going to camp part of the time, but JSL will be home with me until he starts nursery school part time in the fall.

So my questions to you today:

1. When was the last time you went to the library and what did you do or get while you were there?

2. Aside from spending time at the park, playing outside and visiting the library, what other ideas do you have to keep two kids busy during the summer that will not break my bank?