Imagine being able to order gourmet cupcakes and have them delivered to your house, or picking them up at a mobile cupcake truck. Dream no more, this is the reality for the Capital District of New York. 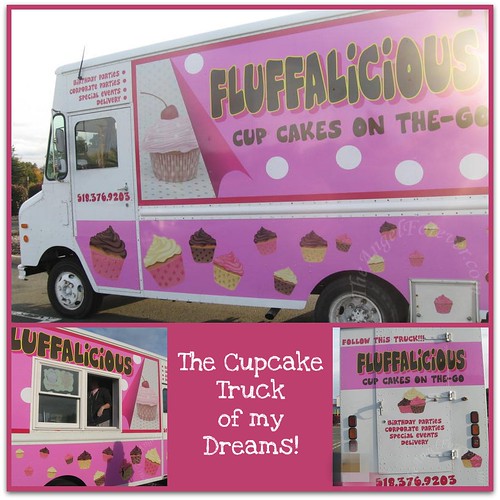 When I first saw the Fluffalicious truck driving around the region, I was curious. Curiosity led me to Facebook where I found more information. They have a website coming soon Fluffalicious.com, but it is still being constructed. On Monday, I read that the truck was going to be stationed near a store that I had to go to. This was perfect timing. TechyDad was home sick that day, and I thought cupcakes would help to perk him up.

When I arrived at the Fluffalicious truck, I was second in line. There were plenty of cupcakes left and a lot of flavors to pick from. It was a bit hard to narrow it down to six, but I managed. Here are the cupcakes that I bought for our family: 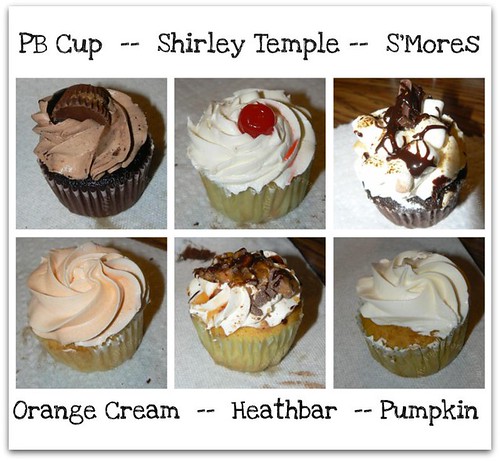 The first night, we selected three cupcakes and cut them into four pieces to share. See, we were not piggies and wanted to have something to look forward to the next night. I plan on further reviewing our cupcake experience, but wanted to quickly note –> THEY WERE DELICIOUS!

The cupcakes were fresh, moist, and full of the flavors you would expect from their titles. We took a lot of photos of the inside of the cupcakes, because they really do tell a story. They did not disappoint and my two big kids (that including TechyDad) keep asking to try more.

So my question for you this week is inspired by Flaffalicious:

Do you have a mobile cupcake truck by you? If you could create your own cupcake flavor masterpiece, what would it be?