Must leave the house

December 24,  that was the last time I left the house. On that day I went to my parent’s house. My father had the day off and said to bring the kids there to play so I could rest. I had a headache from a cold and major head congestion. I sat around, knitted, and tried to nap. 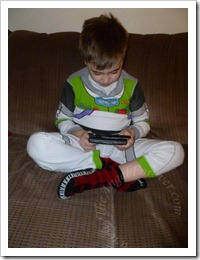 When TechyDad was on his way home, I asked if I could go and meet him to do a quick run to the store. I picked TechyDad up and we went to Price Chopper and the pharmacy for a few items. As we were making our rounds to get essentials (on Christmas Eve) I started to ache. I knew it was not going to be good.

We picked up the boys and went home. I took my temperature and realized I had been “blessed” with a fever. To bed I went. I honestly do not remember a lot from Saturday and Sunday. Since I felt so awful, TechyDad picked up Chinese food for our traditional Jewish Christmas dinner. Sunday I slept most of the day in extreme pain. My sinuses were killing me thanks to the storm coming into the area. 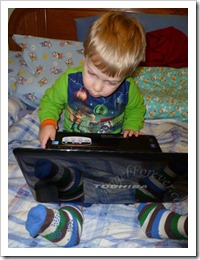 Monday, the storm hit and we were trapped in the house. I made a strategic error and shoveled when I was still recovering from my illness. Tuesday was a pajama day. I did not want to make another error and opted to just stay in PJs with the boys and play the day away. Check that, I also did some article writing that had been put to the side when I was so sick.

Yesterday, the mountains of laundry started to attack me. Seriously! It had to get done, so the boys and I spent another day in the house. Today it is supposed to get to the 40s – a heat wave in these parts for late December. With any luck I hope to take the boys out to lunch or do something fun. I seriously do not want to spend another day stuck here playing Nintendo Wii, Nintendo DS, computers, and the like (see photos above).

So what do you like to do after being stuck at home for a while and finally getting out?

Now to figure out what to do with the kids. It honestly does not matter much. I think we just need to move out of the house and seek out an adventure – even if it is the mall.

« Time to convert the crib
Setting goals and making them happen »