Dreaming of a Disney Wedding

The 2011 DisneySMMoms event began with the Disney’s Fairy Tale Weddings & Honeymoons Platinum Soiree. I already wrote about how we were greeted. Now, it’s time to share the event that was held inside the Grand Floridian Wedding Pavilion. We all walked down the aisle and took our seats. Imagine being a bride and having this view before your eyes: 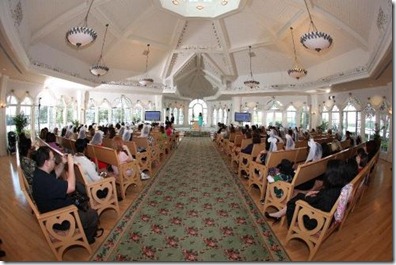 The first speaker was Michael Shettell from Alfred Angelo. He came to talk about the new line of Disney Princess inspired dresses. We had seen some on our way into the pavilion. 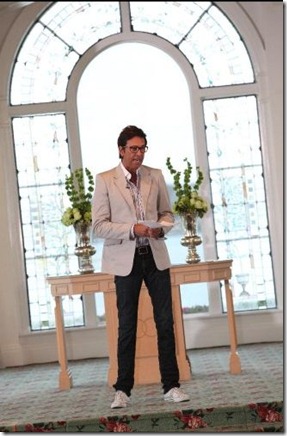 Shettell shared how he came up with the designs. Here is a video that Alfred Angelo made about the new line.

We were then in for a surprise. Everyone at the event was going to be the first to view the Cinderella Gown. To say that this dress could take your breath away would be an understatement. Here are a few photos courtesy of DisneySMMoms: 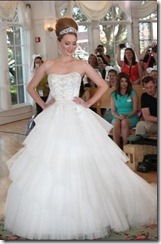 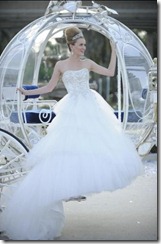 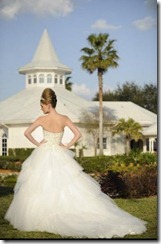 Next, we were told about the new options for people from Disney’s Fairy Tale Weddings and/or Honeymoons. The new Disney Ever After Blog has a wealth of information, stories, memories, and more. They recently wrote about the trend in candy buffets at weddings – like the one they had for us at the soiree.

We were also introduced to a couple that had been married at Disney World two years ago. That is about the time that I knew we were going to see a wedding take place before our eyes. Suddenly, Kristen and Greg were whisked away and an energetic Carley Roney from The Knot and The Bump talked to us. She told us about the start of The Knot and how it grew from the original days on AOL to where it is now. She reminded all of us that in order to be successful, we have to find a way to engage our audience and ignite their passion. She showed us just how they used this in their online community to grow, expand, and mature. 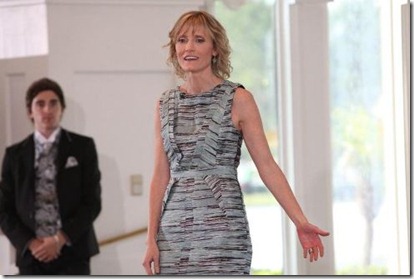 Next up was David Tutera. I have to admit something here. I had heard of him, but never seen My Fair Wedding before. 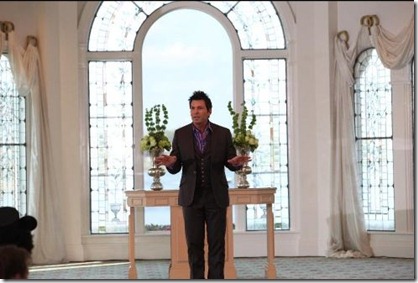 Tutera was so personable, even hugging one of the fans within the crowd. Then he told us about an upcoming episode where he goes to Topeka, Kansas to do a wedding that is part of a Make a Wish Foundation wish. I know I want to see this episode now that I know the background behind it and the passion to making a magical wedding that Tutera has.

Next thing we knew, we were thrust into a party – a wedding was taking place before our eyes. Yes, Kristen and Greg were renewing their vows during the DisneySMMoms event. There were dancers, amazing gowns, Cinderella coach, fireworks, champagne toast and more. 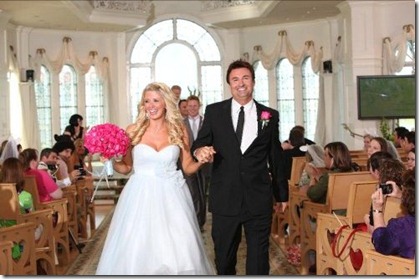 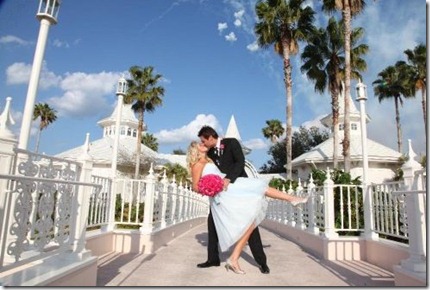 Then it was time to head over to the beach front at the Grand Floridian Resort where our families were waiting for a fun filled evening that included a delicious dinner. 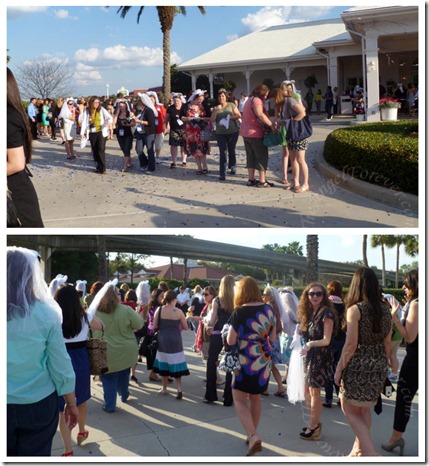 Disclosure: Although we paid for our own trip to Disney World, we were given an incredible deal thanks to Disney. The sweet conference fee included 3 nights at the Grand Floridian, several meals for the entire family,  7 day park hoppers for everyone, conference/meals for me and some other items to take home. Also note that Disney never asked us to blog about this event. As a long time Disney fan it is my pleasure to share my experiences from the event. All photos used before the final collage were taken by  Disney Fine Art Photography & Video.