This is the third year that I’m aware of congenital heart defects (CHD)—and my third year marking CHD Awareness Week (February 7 to 14). Some of you might remember because Beth has kindly opened up her blog to me each year.

My daughter, Cora, was only five days old when she passed away suddenly and unexpectedly as I fed her in December 2009. We thought she was healthy. She wasn’t. She had a congenital heart defect. 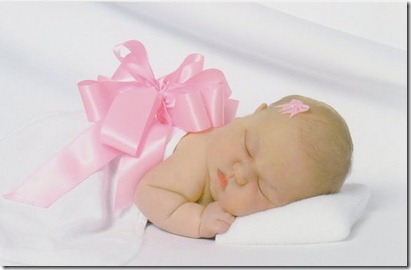 I’d never even heard the term. Now I make it my mission to make sure that every pregnant woman and mother has at least heard the phrase.

I know it’s scary. Luckily, Cora’s story is only one. And, it’s at the worst side of the spectrum. Some of these so called “CHD babies” live to be old men and women. Some of them are even athletes, movie stars and politicians.

The face of CHD is so varied. And, because the scars are hidden, often the faces of CHD are blurred and hidden too.

About one percent of the population has a heart defect, which doesn’t sound like a big deal until you compare it to other conditions, like autism (which I’ve seen various numbers for but often tapped at 1 in 110), Down’s Syndrome (1 in 800), and pediatric cancers (CHD kills more children than all forms of pediatric cancer combined). That’s not to say that those conditions need less awareness. I wish they’d get more, and I firmly believe there’s enough compassion around to advocate for them all, but I think somehow CHD has been overlooked. That’s changing. I thank Beth, and all of you, for being part of that change for standing up and speaking out for these babies and adults with hidden scars.

If you’d like to read more about Cora, visit http://www.corasstory.org

Kristine Brite McCormick writes about Cora (almost) daily on her blog http://www.corasstory.org. If not on her blog, she can be found on Twitter, @kristinebrite or Cora’s Facebook Fan page, telling Cora’s Story. Follow Kristine for more information about congenital heart disease or to learn more about the acts of compassion and kindness Cora has inspired.

Note From Me: Three years ago, I met an amazing woman. A women who lost her baby girl Cora to CHD at five days old. Her strength, grace, and fight to save other children has inspired me. Today I am honored to call Kristine Brite McCormick a friend. I am so proud with how her work to get pulse ox for new born babies is taking place in more and more locations. Here is a segment that was on CNN last Friday about how Kristine and other mothers fighting for CHD awareness were wearing red for baby heart health.