Strange is as Strange Does

It usually takes a lot to get me upset about little things. This was not the case the other day when I wrote this post on a piece of paper. 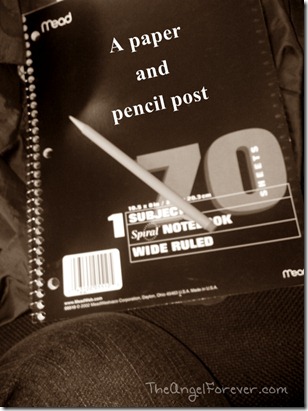 Yes, it was old school time. I was sitting in a room and only had a notebook and paper. My mind was racing and I had to get my thoughts down. It was therapeutic and felt good to get these items out there. Of course, I never published them immediately. The items were raw and still gnawing at me.

It all started one night when TechyDad  and I were working on some papers. We knew that the phrases in front of us were loaded and too easy to read into. That would have been one thing, but the word choice in one part was over the top.

Always a teacher at heart

As a teacher, I was taught to be careful with my word choices. Some say it’s being politically correct, but to me it is more. While many would argue that political correctness means hiding the truth from parents, I think it is far from that. When writing progress reports and report cards, I learned how to write positives first. Then, it was especially important to phrase items in a way that would help the parents and students to work on tasks. Kids need to learn and grow with constructive criticism. Older children can read report cards and will be able to take advice if worded in a way that they can understand.

So what would I do if I had a child that was constantly talking out of turn and needed to work on raising their hand more? I would say that the child is full of energy and has a wealth of information to share. Then, I would mention working in the future on places to harness this within the day. Giving examples and ways to do this would be helpful to the student and parents to talk about. This is just one general example.

Are we sugar coating things in the world of education? No, I do not think so. What we are doing is showing children how to kindly express strengths and weaknesses in themselves. You certainly need to do this in a way that will help to support fragile self esteems in kids.

The word that hit a nerve

So what word was bothering me? It was a single word and it was:

This form was not from school, it was actually a one that is used on a larger scale than that. It really annoyed me. How do you define strange? Isn’t the word a bit subjective just sitting there all by itself?

As a crafting, geek, that enjoys different things than many of my peers I say own being strange! When I recently heard Peter Shankman speak at a conference, he talked about being a weed to stand out. Let us all unite and parade around declaring that we are proud to be weeds, we want to stand out and be “strange” and accept it. This so-called strange is likely why people like you anyway. Your strange is what makes you you.

I tried to ignore the item with the word, but in the end I embraced it. It inspired this post, gave me some comic relief during a stressful time, and the real truth:

Being boring is really strange!

I would love to hear your thoughts on certain words that bother you or hit a nerve? What do you think about the general use of the word strange?

P.S. TechyDad also wrote about his feelings on the subject after I had my paper post written.

« Pirate Party Craft Supplies and More
Hobbies that are Different »