As a child, I was spared from having to get braces. My teeth are not perfect, but the little bit of crowding on the bottom is just cosmetic. Of course, at one point I had to go to an orthodontists office. I remember being scared out of my mind. People that I did not know were making molds of my teeth giving my parents a plan that would take years to complete. Thank goodness my pediatric dentist thought there may be something he could do to fix most of my issues. With a small procedure to the skin between my two top front teeth, everything moved over beautifully and nothing was needed. 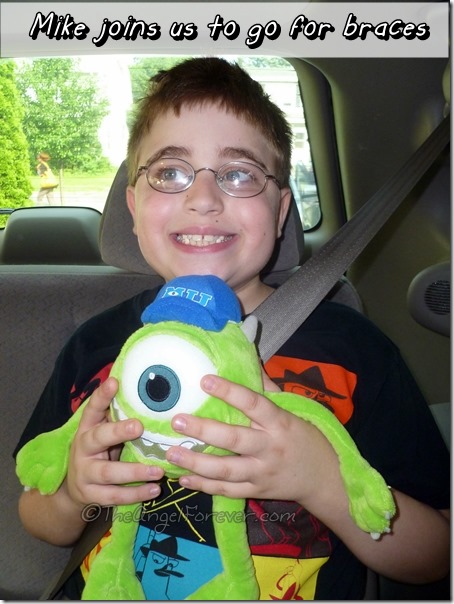 Fast forward to being a parent. The dentists always told me that NHL, almost ten, had lots of space in his mouth for his adult teeth. What nobody guarantees is that the powers that be will make said teeth drop into place in the right location. Several years ago, we were sent to an orthodontist for NHL because an x-ray noted that he was missing an adult tooth. This chance meeting began our relationship with an amazing orthodontics practice in our area. I refused to go back where I had been as a child and the kind orthodontist and his office staff made us know we were in the right place.

For two years we went back to check in, knowing that NHL would eventually need braces because of a cross-bite and teeth not coming in the right location. In November, we had to make a decision about our new dental insurance. The orthodontist scheduled a quick visit for us to check in early. He agreed that this would be the year that we should begin NHL’s braces. Over the last few months, NHL went in to have his mouth checked and the orthodontist scheduled me in to go over the plan and financing it (see items I learned below). We all agreed that it would be fine to wait until the school year was over to begin.

So the Tuesday after we got out of school, NHL went to have his braces put on the top teeth. He brought along the new Mike with his wires showing for support. In addition to the top wires, he had two turbos placed behind his front teeth (we call them fangs). When he came out he showed me the metal and the colors he asked for on the brackets. 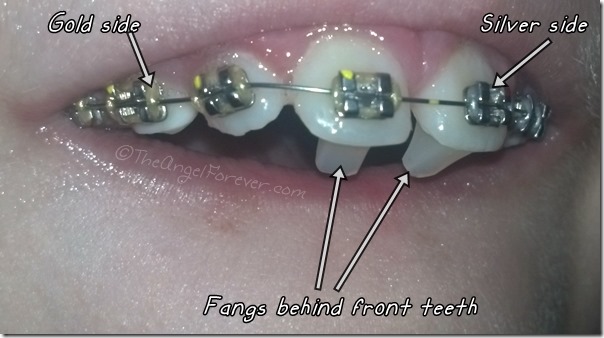 Those first few days were a challenge. NHL’s mouth was sore, he was afraid to eat things, and he was a stickler for following their instructions. Friday evening one of the brackets flipped on his tooth, so we called the orthodontist. He was amazing and called back quickly. We were told to call back if something happened to the wire, but that it was probably not sealed properly given what he was eating. Monday morning I called the office and by the time we went in a few days later, three brackets had popped off. They were put back on and everything has been going really well. NHL has learned to care for his own teeth and did wonderfully when at camp.

Then, while visiting TechyDad’s parents, we sat at their table eating birthday cake. Suddenly, NHL grabbed his mouth. Why yes, another bracket had turned on a different tooth. To make a long story short, this was nothing that NHL could have avoided. You see, his new pre-molar pushed the bracket off as it started to secretly come down. So now, NHL has a mission to get that baby tooth out so we can help the new tooth down. During this month with the braces and the months leading up to them, I have learned a lot and thought I would share a few of them.

Things that I have learned about braces as a parent:

Our journey with braces is just beginning. Have you or your child had braces? I would love to know your experience and if you have any tips on getting a stubborn loose tooth out when braces are also in the way.