Security Changes and the NFL All Clear Bag Policy

Disclosure: This is a sponsored post. I have been asked to share information about the new All Clear policy at NFL Stadiums. As a long time sports fan, I have seen changes and wanted to share the NFL’s concern and how they are addressing it with new clear bag options. All opinions are my own.

Sports were a big part of my life growing up. Traveling to different parts of the country would typically include going to a major sporting event. Then, when I was in college, I bought season tickets of my own for several years to our minor league hockey team. I still have the backpack that I used to tote everything that I needed to these games. Inside my bag, I had my purse, camera, autographed game-worn jersey, cow bell, and depending on the weather some gloves. This was back in the day when security was never a thought in the world, you just entered places. The world changed drastically on September 11, 2001. From that day on, bags would be searched, TSA would require clear bags with liquids in them, and many venues would alter their rules. Did I have a problem letting them search my bags? NO! In fact, I would often laugh in my head when a poor gentleman at security would look inside and hit feminine hygiene products and squirm. Hey, it’s a fact of life….move on. 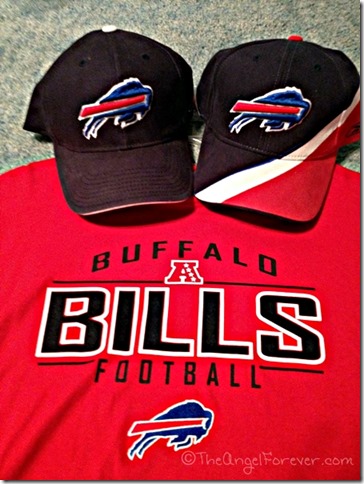 It was after this time that my brother and his friends bought season tickets to the Buffalo Bills. Insert your jokes here, they have probably heard all of them in the Buffalo area. Yes, they were diehards and would tailgate before the games and sit there cheering on the team that never seems to catch a break. Watching my brother prepare for a game in Buffalo was fascinating. He had to layer clothing just right, often prepare for snow, and make sure everything was set for the pre-game festivities. These men cooked amazing items to share with each other. There were rules they followed about items that could and could not be brought into the stadium. The NFL had already banned coolers and backpacks into stadiums in 2001 for all fans.

Then, in an instant, more changes happened on April 15, 2012. The horrific events at the Boston Marathon meant that people questioned permitting bags/purses and how to safely allow people to carry items into events. The NFL decided that they were not going to take any chances after the tragic events that happened in Boston. They got to work on the #NFLAllClear policy. Like other pro leagues and college stadiums had already done, they would not be allowing purses, diaper bags, and other large totes into their facilities. Season ticket holders were notified before the pre-season, and to assist fans, they have a video explaining the changes along with more details on their NFL All Clear page. Here, you will be able to locate the sizes of bags allowed. In addition to this, the NFL released the video below over a month ago to explain more about the new security policy.

While the NFL hopes that fans will leave their bags at home, they have outlined what is permissible to carry if they need to head into a game. Also note that medically necessary items are permitted they explain in the FAQs more about that.  In addition to this, the Buffalo Bills have their own website with information about their stadium at the bottom of their website. This also includes a page on permitted/prohibited items and lists more information about the bag policy.

While I admit that, when I first heard this on the news, I wondered how it would work for families and women that need to bring more than the items into their pockets to a game. After reading the information on the website, I realized it was less that you can not bring things just a change in how it will be done.  As you can see from three of the example NFL bags above, the sizes are not bad and would work for fans to tote in any necessities that would go inside a purse, diaper bag, or beyond. So try not to worry about the changes, it is for your safety. It will take time to adjust, but go with the flow and focus on the important part…cheering on your team. Let’s Go Buffalo!

What do you think about the new NFL security measures? How will this alter the way you pack items to head to cheer on your favorite team?

Please join @TheOnlineMom and other #NFLAllClear ambassadors to share your thoughts on the new policy this Wednesday evening on Twitter. Join in on the conversation from 9-10 PM ET.

Disclosure: As stated above I am working with the NFL to spread the word about the new policy. This relationship and compensation does not influence my thoughts and opinions as a long time sports fan.