Sparkle Minnie Ears in the Name of Autism Advocacy

Being a parent advocate for any child is an important part of the world of parenting. Then, add into the mix, being an autism advocate each and every day while living in the moment. This is my world, and while I would never change a thing, it can be challenging and overwhelming at times. Over the last year, I have learned how to use my voice to more effectively communicate with the individuals that work with my son. The team that works with him listens to me and knows that I will back them up and be as patient as possible.

Of course, when a meeting crops up and you are the parent, nerves can get the better of you. For some reason, these meetings were so much different on the other side of the table as the teacher. No matter how many meetings you prepare for, the serious nature can get to you. This morning, I was done feeling that way and sent out the following Tweet:

Before I knew it, I was pulling out my ears, sharing a photo, and debating this. 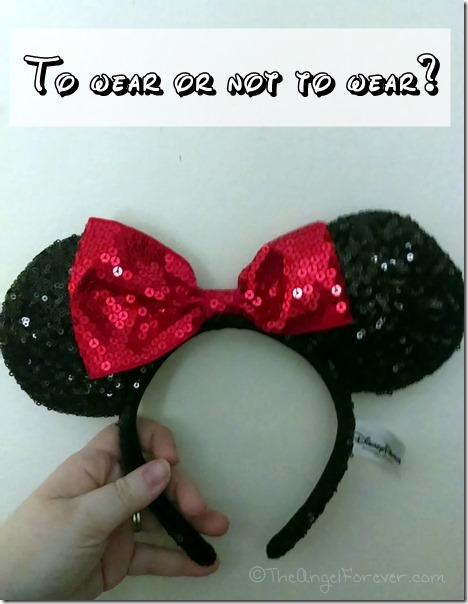 For ten minutes, I debated what to do. Then I felt the tension in the house as we left toward school and put my ears on. First, I wanted to see if the boys would notice. They did, mostly because my depth perception getting into the car with said sparkle ears was a bit off. Ooops!

As we walked into school, I was smiling and less nervous. The kids and I had fun seeing the reactions of a parent in New York walking into a school with Minnie Mouse ears.

The best part was keeping a straight face and acting like I was doing nothing out of the ordinary. Seriously, it was therapeutic. Yes, my Minnie ears gave me laughs and brought me smiles as I was heading into a meeting. 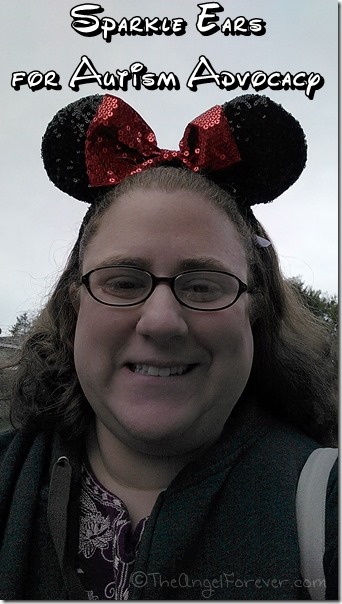 When asked why I was wearing them, I admitted it was to make me laugh so I wouldn’t cry. The reality was this little bit of Disney sparkle and magic helped me through this autism moment. You see, Disney reminds me of a place where I know my son can be who he is without the stresses of every day life. He can be happy, we can all be kids at heart with less worries, and most people do not judge. That is magic and sometimes you just have to bring that little bit of Disney home with you and use it when you need it.

Oh and a special little thank you to Emily, your post yesterday made me think of wearing my ears today.