Music is a big part of our world. We will often have music playing in the house and in the car when we travel near and far. NHL is now in his third year of band at school where he plays percussion instruments. It has been an amazing process to watch his knowledge of music grow thanks to classes in school and his phenomenal band teacher. JSL is six and really wants to play an instrument, but a few things have stopped us at this point. I am not sure he knows what he really want to try and trying/renting/buying instruments is not exactly cheap. 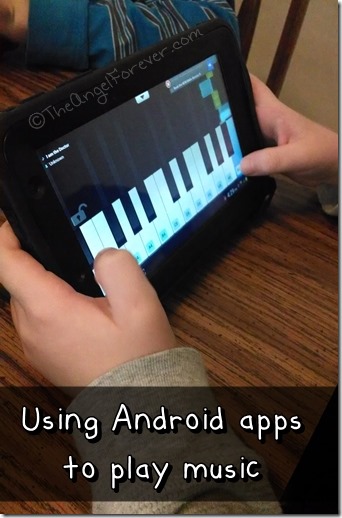 Over winter break, JSL saw a keyboard in a store. He quickly became fixated on getting on and learning to play the piano. We are mean parents because we refused to buy it. Quite honestly, I didn’t want a toy and thought we should investigate things a bit more. Try explaining that to a stubborn six year old. While we got him out of that store, we have heard about his NEED for a keyboard to almost every single day since. I have asked multiple people for recommendations, but need to investigate before we invest money into this. Sunday afternoon we were in the house and while NHL was practicing drums, the little kid started pouting about the keyboard again. I decided to look for something to pacify the situation. Enter Learn Piano by rubycell for Android devices. 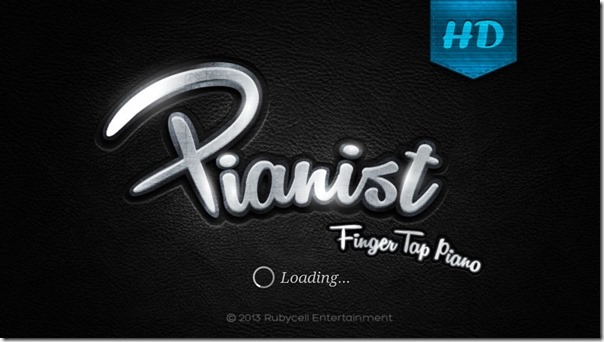 Within a few minutes TechyDad had installed this app onto JSL’s Galaxy Tab 2. Then I heard something else playing. Why yes, TechyDad installed it onto his Android smartphone and was playing Katy Perry’s Roar. JSL wanted to check it out right away. The Song Book on this app is fantastic. There are songs that I grew up with, items for the kids, and family favorites like Do You Want to Build a Snowman? from Frozen. 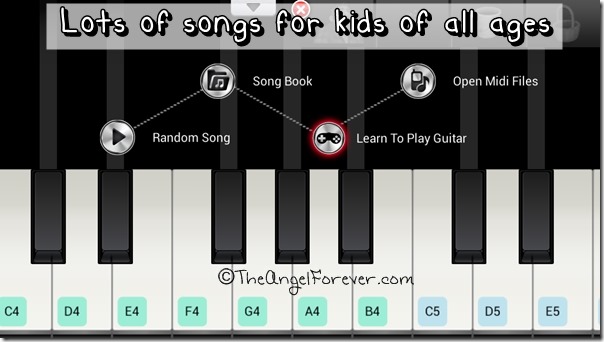 As you can see there are ads on the free version, but it really did not seem to bother the kids. You can pay $1.99 to remove the ads and this also allows you to load midi files. For $2.99 you can get the previous items, as well as all instruments and song packages via the Diamond Package. We will see how the kids continue to use this over the next week or so. Why yes, once NHL was done with band practice he wanted to use it on his Galaxy Tab 2. At one point, I was listening to JSL play In Summer, NHL play For the First Time in Forever, and TechyDad playing The Imperial March. Curious what it looks like when you play? Here’s the screen when I put it on my Droid Mini and tried the song Pure Imagination. 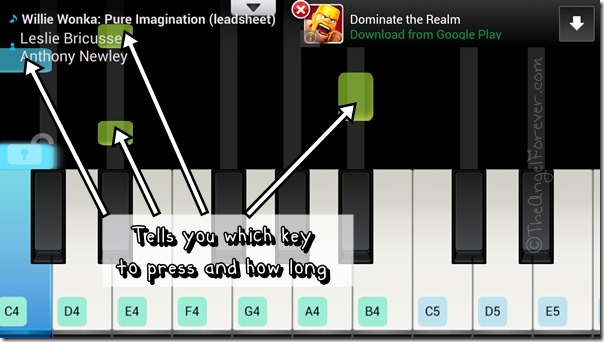 While this is not a substitute for music lessons and a real keyboard, it is keeping my little guy happy. I am watching to see how his patience are with trying to follow along and it is keeping him actively engaged. Want to see the app in action? Here’s an Instagram video that I made of TechyDad playing a song.

I have to admit I am curious, what song would you look for first when trying out this app?

Disclosure: As a member of the Verizon Lifestyle Bloggers, I received one of our Galaxy Tab 2 and the Motorola Droid Mini to test out and share ways that I use them with my family. There was no other compensation. I am a long time Verizon customer, and all opinions are my own.