TechyDad and I were married in June 2001 and we went to Walt Disney World for a ten day honeymoon. It was simply magical. It was his first visit and he quickly fell in love with the parks. We stayed at the Beach Club Resort which was a fantastic location. We splurged and got the dining plan that also included behind the scene tours. So many memories and some scanned photos because these were pre-digital camera days. When I think of June and Disney, I automatically go back to that special time in my life as a newlywed at Walt Disney World. 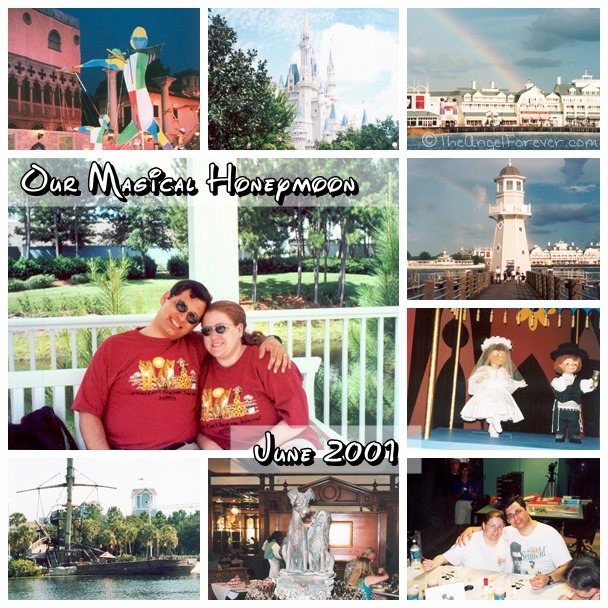