Today is the final day of the NYS Math test in grades 3-8. Last week, my oldest son, along with at least 190,000 other students across New York refused the ELA tests. Final numbers are not in throughout the state and may not officially be in for some time. Thanks to dedicated parents, we are collecting our own data. This data is way more than a test score. Yes, this data from district after district across New York State tells a story. 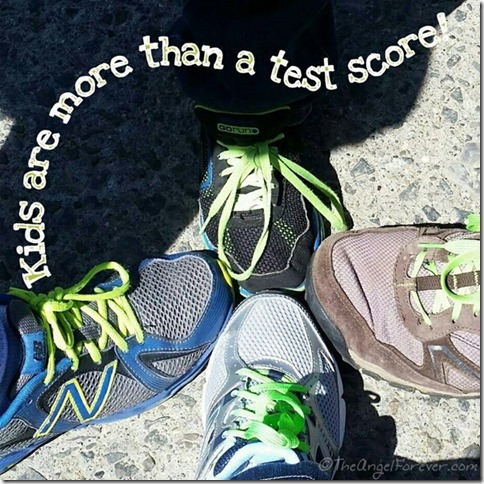 The story is one of civil disobedience from families that are fed up. We are not refusing the tests because of a union issue with the teachers. Nor are we babying our children because the tests are too hard. 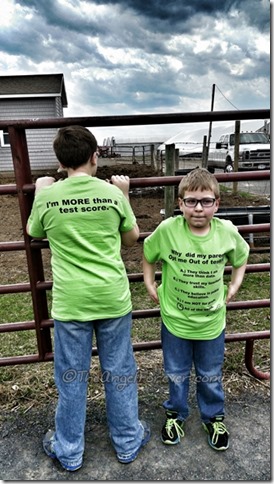 No, we are standing up to protect our children. We are refusing the tests to be heard after years of being ignored by the New York State Department of Education and countless politicians like our dear governor (note the extreme sarcasm). Our children deserve a well rounded education like we had years ago. They should be able to learn, be creative, and not be used as guinea pigs for high-stakes testing companies and politicians that want to privatize public schools. 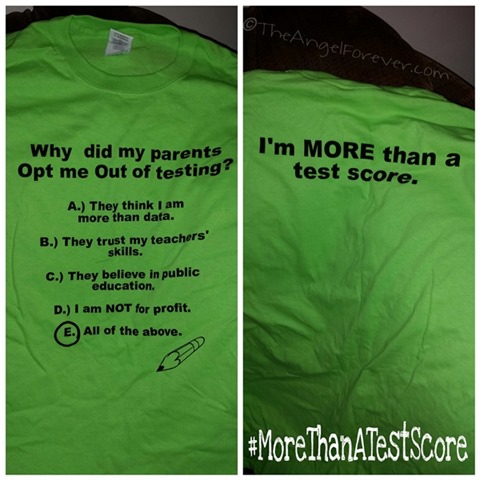 While the numbers keep going up, we will not back down. We are in this fight for our children. They are more than a test score and thanks to the NYS Allies for Public Education, our demands are clear. 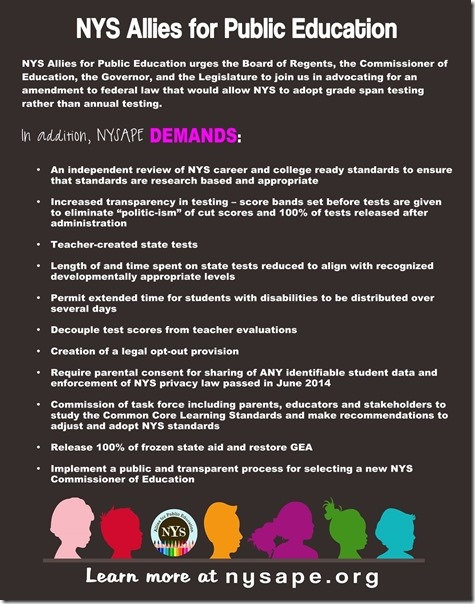 The official press release from NYSAPE may be seen on their website. Did your children refuse their NYS tests the last two weeks? I would love to hear how it went for them and if this was their first time opting out.