Kids Are Our Future 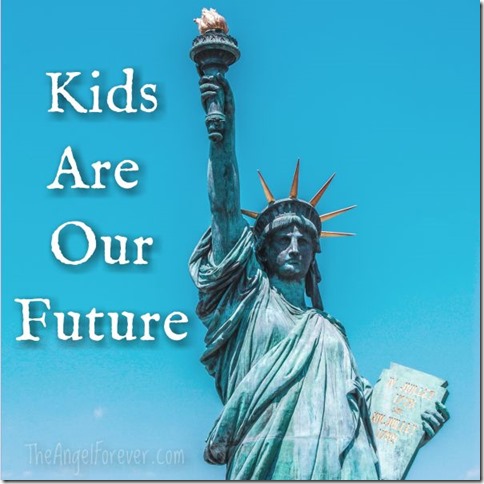 Numb. That is pretty much how I would describe the day after Election Day 2016 in our house. After less than two hours of sleep, my boys woke up and came into our bedroom. First, my 13 year old son wanted to know if Hillary had won. When I told NHL to sit down because we needed to talk, he knew something was wrong. I explained the events of the evening from the time he went to bed until three in the morning when the president-elect came on stage. The look of horror on his face was real. When I saw that, I instantly felt tears in my eyes.

Thanks to NHL’s age and topic of his Bar Mitzvah Dvar Torah (read it here on TechyDad’s post), he knows history. He recognized similarities of a man from the past and the one that will soon become our president. I left him with words to be extra kind to the kids in school. To remember that this is going to be especially hard for many of the students in classes with him because of their race, religion, and where they come from. You see, NHL’s school is beautifully diverse. A large number of children are new to the United States. At the end of the day, he reported that there were tears at school. I can’t even imagine.

Now back to my youngest. I had shielded him from a lot this election cycle. He is only nine and doesn’t need to grow up too quickly. What I didn’t realize was he was painfully aware. When TechyDad and I told him the news he started to cry. Nine year old JSL could not pick up his head because he was crying and afraid. When we asked him why he was crying, it broke my heart. He worried about his friends, many who are new to this county. He asked about the wall and whether they would be kicked out.

I sat there and was numb, but tried to perk him up for school. I reminded him to be a great friend and try to make people smile if they were upset. That night JSL did not sleep well. It took me several days to figure it out. Apparently a buddy of his that is Muslim had been out since Election Day. My poor child thought he had already fled from what may happen in our country.

So why am I writing all of this?

I need to get it off my chest and I must do more to help others. Like my son wrote in his speech, if we don’t help others there will be nobody left to help us when the time comes.

The fear in my mind and heart is real.

So I am writing this as a starting point. I am looking for local, state, and national groups to work with and make a difference. I want to be actively involved and show my children what must be done. Below are some posts that I have gathered by different friends in the blogosphere. If you have more links to add, please let me know in the comments below and I will edit and add to this post.

Together we can and will make a difference. We have to because ALL of our kids are our future.