The day is finally here. Election Day 2016 has arrived for those of us in the United Stated. We are unable to vote early in New York State, so it is the time I can go to the polls and let my voice be heard. 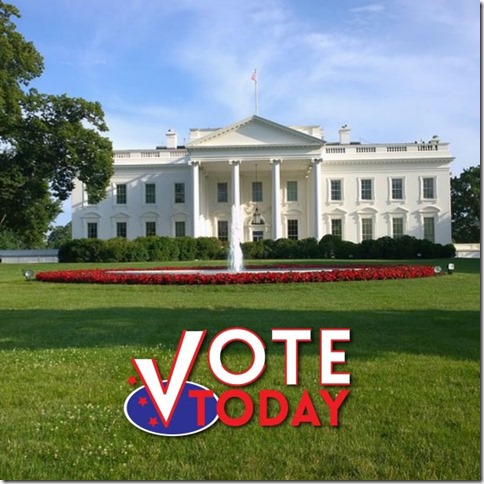 For what seems like forever, we have been listening to constant chatter and more about this big presidential election. I think this is probably why I was burned out and over it before the day arrived. Most years I have a plan for when I will go to vote. This time around I didn’t. Then, my nine year old son begged me to take him with me. He wanted to go and witness a presidential election.

This is the same child that sat on my bed working on homework last night. He was distracted by the television commercials. He kept hearing things that he didn’t understand and asking me questions. It was my own fault for leaving the television on, but I explained about political ads and how hateful they can be. I shared that rather than explain why you or your candidate is right for the job, they shame the other person for things they claim they have done in the past or will do in the future. It’s a lot for anyone to understand, no less a child in elementary school that does not recall another big election in his life. Let’s be real, there has never been an election quite like this one in anyone’s life.

We are lucky being in New York State because most of the political ads are for local races. The ones we watch are not even for races that we are able to vote in. There are occasional ones for the presidential candidates, but usually at odd hours. One of the best things for our family was getting away before Halloween. We were able to escape from most the nasty end of this presidential campaign. Sure my smartphone buzzed with news updates, but I was able to ignore them. Of course, our get away for a conference and vacation was Florida. This key state in the presidential election was swarming with ads. If we put the television on for a moment, hate oozed across the screen in one ad after another. If this wasn’t enough, sky writers were out for some candidates as well.

All I can say is I am done. I can exhale because I did my civic duty and voted. I may be conflicted with some circles that I filled in on my ballot, but I am going to live with my choices.

My son reminded me of what this election is about. It’s about keeping the United States a democracy. One day, I want to watch him go into a polling place to let his voice be heard. I want both of my boys to be excited to have the right to vote once they turn 18. Yes, I was that geek that was more excited to turn 18 and vote than 21 to drink. It was finally my turn to be an adult and have some say in those that we elect.

While my heart may not have been into voting this year, I know the feeling of pride in being American and having the freedom to vote. Tomorrow I hope that half of this country will get up and move forward no matter what the outcome of this election is. I know it will be hard to swallow for either side, but we must work together. If we continue to divide this country more I fear what the future will be for our children and generations to come.

Please take a moment today to get out and vote if you have not done so already. Oh and please get a sticker. Apparently we never have them here and I feel cheated!