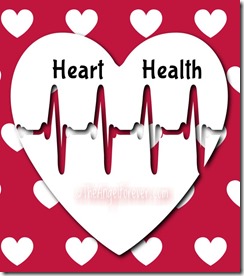 2017 was one heck of a year and not always for good reasons. As if turning 40 right before it started wasn’t enough, 2017 threw a lot of curve balls our way. The year started with the flu and soon we received news about my mother’s heart. A cardiac procedure gave us the news we had been hoping to avoid for over 15 years. Mom needed open heart surgery, including an aortic valve replacement.

On February 3, we heard it was a must and briefly met a surgeon. Twenty days later we spent most of the day waiting for news on my mother. It was a long day and to be honest,much of February and March are a blur. I have wanted to write about it for months now, but had to keep up with living life.

February 23 was the day my mother was given a new life. Her heart is now beating strong thanks to a cow valve in her chest. Those days challenged all of us. I spent a lot of time with my parents while my mother was in the hospital and recovering at home. I saw their love take on new meaning. I watched my father fight the doctors to help her when she was in pain. While she slept, I walked around with my father a lot. I got to know him in a way I never had before.

Recovery had challenges for my mother, but they were happy to be able to plan a long awaited getaway in November. While on the cruise, my father was not okay. When they got home, we heard more about what was going on. HIs legs were horribly swollen and after a lot of initial testing, they found out he was horribly anemic. That explained some of his exhaustion, but it didn’t end there.

Many appointments later, my parents had their already scheduled visit to the cardiologist. He was quite worried about my father. He sent him for a calcium test and also scheduled an echo cardiogram. Results from the former were alarming at best. So a nuclear stress test was added on two days after the echo. All of this was last week. The stress test and echo showed things that meant the cardiologist wanted him to have a cardiac cath immediately.

Thursday, I drove my parents to the hospital for the procedure. It was surreal to be in the waiting room with my mother waiting for news on my father. This is the man who has never been sick. This is the man who has only had cataract surgery. Prior to them wheeling him off, we joked that this was enough he could stop being a copy cat. These words now haunt me.

The doctor never came to see us, so they brought us back to see my father and wait with him to talk about what was seen. We had a bad feeling since the procedure was over quickly. My father greeted us with a quick announcement that he needed open heart surgery too.

As I sit and write this, it’s only been a week. One week of trying to figure so much out. The next day my father went to the cardiologist. His warning system failed. He never felt any chest pain or anything else. We are lucky this was caught. Hard to think about that as you face a parent looking at major surgery.

Yesterday, my father saw the surgeon.

The same surgeon who performed open heart surgery on his wife less than 365 days ago.

The surgeon that saved her life.

The surgeon that made her heart beat so strong that it keeps here up at night now worrying about her husband of almost 45 years in March.

In about a week, my father will be in the hospital for the first time in my life as the patient. He will have to listen to what they say, do what they say, and let us take care of him. I never would have believed you if you said we’d be heading back to the cardiac surgery location in under a year for Dad. Never in my life could I have imagined this scenario.

Yet, here I am thankful that he is alive. I am grateful that the doctors listened, did more tests, and found it. Surgery sucks, but it means he is alive. Surgery means both of my parents can enter their 45th year of marriage working on their hearts together.