Sleep for the sick and teething

The last few days both boys have been fighting sleep. They don’t want to nap and are restless when they finally go to sleep. Yesterday was particularly bad for JSL. Thanks to teething (I can feel those suckers on the front bottom under the gums) he’s miserable. He wants to nurse often since he can’t nurse long thanks to the pressure and he wants to be held. He didn’t want to sleep. In order to help NHL with something I had to put him in his crib with heavy eyelids. So I put him in and he flipped to his back. I left him like that and put on the noise machine with waves. Here is the end result after a little while. 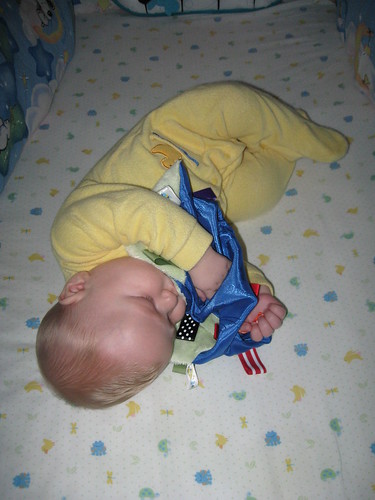 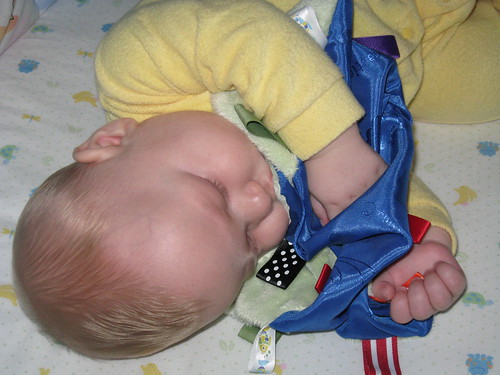 Today NHL was a basket case. He’s been cooped up in the house since Saturday night, except for a quick trip to the doctor on Wednesday (same here except for 3 other mini-trips to get things at the store or NHL’s new school). He would not listen to me and refused to sleep. After much crying he fell asleep in his bed, had a nightmare and then I carried him to the couch in the living room. Here’s how he is right now: 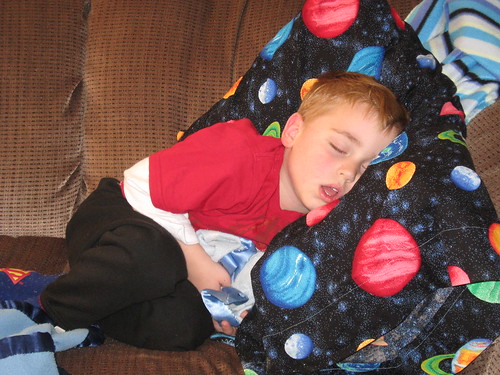 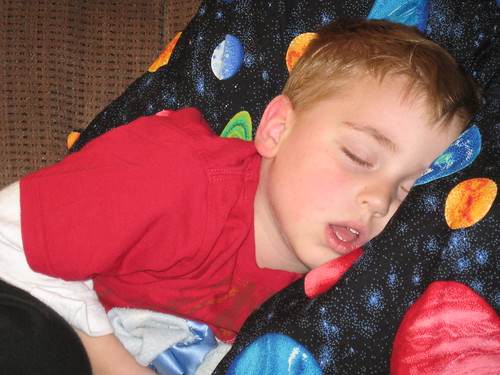 Hopefully something will happen with JSL’s teeth to ease his pain. Mind you I am not looking forward to chompers when nursing, but he’s so miserable. And we’re hoping that NHL can get rid of this fever. The antibiotic seems to be helping his wheezing (along with the other medication he’s taking), but who knows about the ears since he still has a fever. I just know it’s doing a number on his GI system.