While we were visiting my in-laws I decided to try some natural applesauce with JSL. He is 7 1/2 month old and we have been increasing his food repertoire. He had only been given bananas, veggies, and several cereals up to this point. 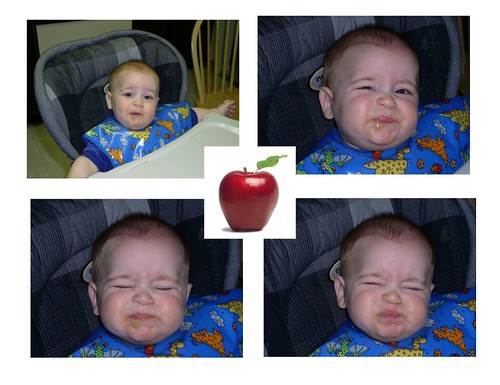 As you can see he was not really a fan. When we tasted it, we agreed it was pretty tart for a little guy who had never really had much flavor.

So fast forward to January 1, 2008 when JSL is the same age and trying some natural apple sauce that Bubbe had in her house. Note – thanks to NHL’s reaction we had our camera ready for this: 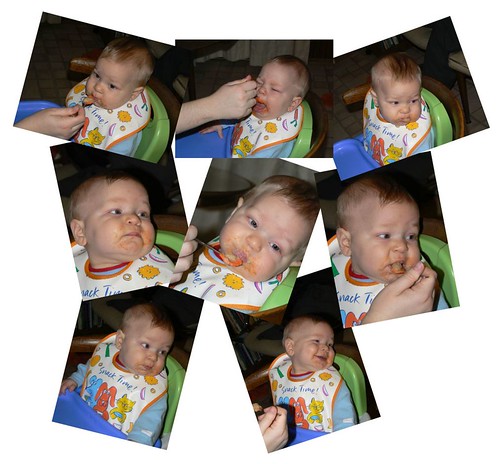 Pretty obvious that this little money did not like this either.

When we mixed it with a little oatmeal he was able to eat it without the agonizing look from the second photo on the top. In addition to this he stopped gagging. Since that time he has been gobbling up applesauce that we have at home with his oatmeal for dinner.

Thank goodness NHL also changed his mine. He loves to go apple picking and eat anything and everything with apples in it.