I finished my first knitting project in over 20 years. On Tuesday night I decided to be a little adventurous and try to bind-off JSL’s scarf by myself. I did it with a quick IM tutoring session from my favorite Squishy Yarn Guru. I went off and accomplished it. Below is scarf almost ready to keep JSL warm. 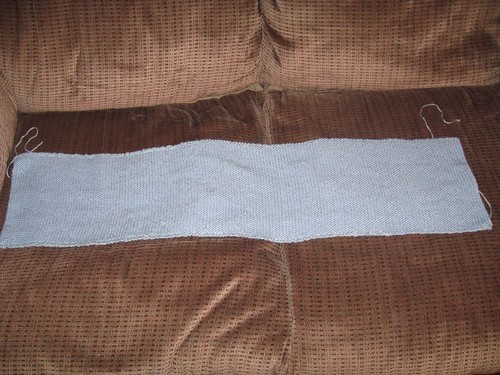 And here is a close up of the end that I finished alone (not too shabby if I do say so): 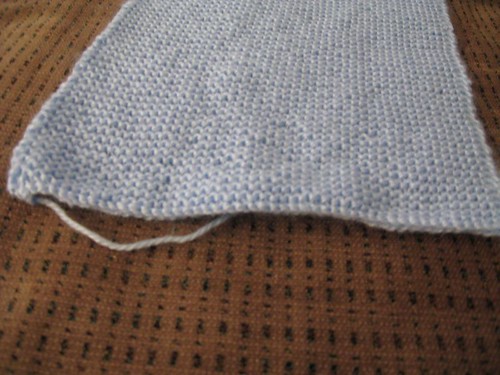 Now the only thing left to do is weave in the ends and wrap it around JSL’s neck to keep him warm. He seemed to like it when I did a test run. He enjoyed eating petting it. Meanwhile as I was taking photos of the scarf my little guy was playing with his food. Here is a different sort of view of the scene. 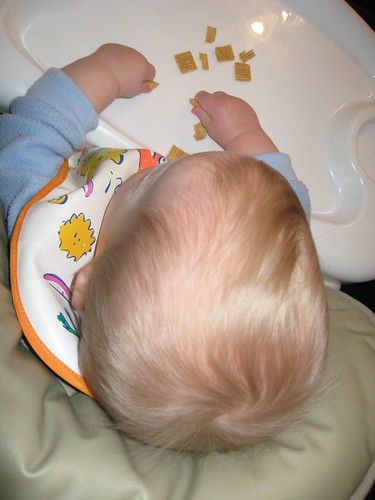 Please note the static in his hair – ugh winter stinks even for babies in the frizz department!

Since Laura is not feeling well (feel better Madame Guru), she sent me to a website to try to reteach myself how to purl (it’s been WAY over 20 years since I tried that). After some swearing under my breath trouble at first, I finally got it going thanks to the video. Later at night I mentioned to Laura that I was having problem with the knit row, after purling. She said something was obviously wrong. So I watched again and figured out that I was wrapping the yarn in the wrong direction. Since it is SO subtle (you really have to look and follow the stripes to see the mistake) I opted to just keep knitting. Purling is getting easier, but it is more awkward and easier to drop a stitch if you are right handed.

Here is the start of my first wash cloth that I am making for myself (thus the reason I am not redoing the tiny ooops). Mistake not seen here since I started the correction afterward. 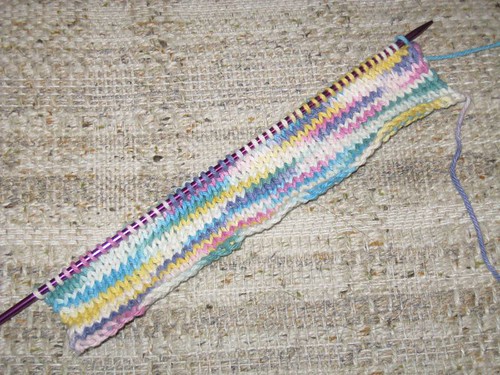 And here is the other side: 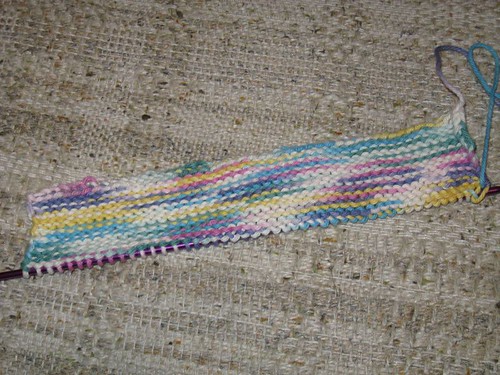 So off I go to do a few things while the little guy is napping.