GRRRRR! I just posted this entire thing and lost it . . . see what no sleep does!?!?

Thanks to it going POOF I am shortening it since I can not recall what I typed before. JSL is going to be staying in the hospital for at least another night. They were going to let us take him home, but agree that it may be too soon since he has not been fever free or on another new antibiotic for 24 hours.

Last night was very rough. The little guy had a 102 fever that spiked again. The nurse decided to give him a sponge bath after suctioning him out and giving him Motrin. The poor kid was a mess, his heart was racing and his oxygen levels kept going low from what was going on. Luckily he settled down and got some sleep (more than I can really say).

This morning the head pediatric doctor came in. She was amazing! She actually examined JSL (the head and resident yesterday did not – this was hindsight that I never realized until my mother pointed it out). I ranted about the doctor from last night, but not do not feel like bothering again. . . maybe later.The doctor today finally may have found part of the reason the fever will no go away. He had an ear infection in addition to double pink eye and creeping crud from the end of some sort of virus.

Neurology was called in for a consult and are not concerned at this point thanks to our febrile seizure history in both sides of the family. They were fine with sending us home, but agreed that it may not be right for other reasons.

JL is with the little guy now, NHL is with my father after spending the day with my Aunt S. I am checking in here with the world outside of the hospital quickly. After that I am off to shower and get dressed to head back to Moo the monkey.

More update later, but here are some photos. No, I did not have the camera with me in the ER, JL brought it to me later. First are some from Sunday morning after the events that unfolded Saturday evening.

A very sick and tired little boy Sunday morning a few hours after being admitted. 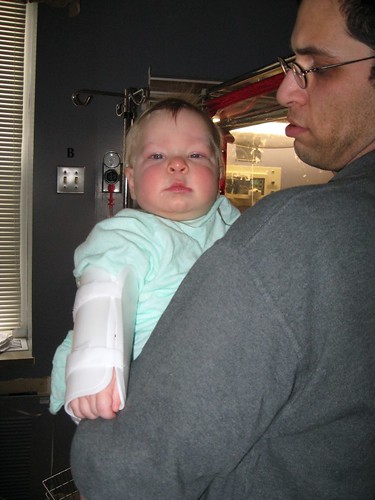 Taking time for some Daddy hugs: 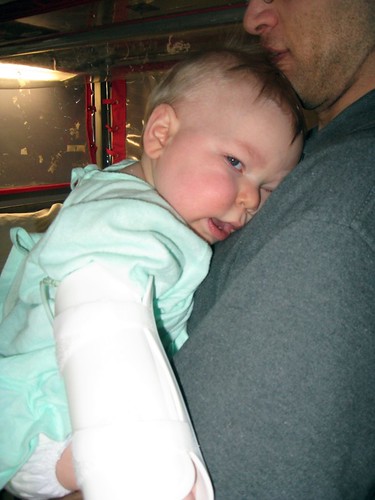 A little shut eye for the boys (I was too wired to sleep from everything that had happened): 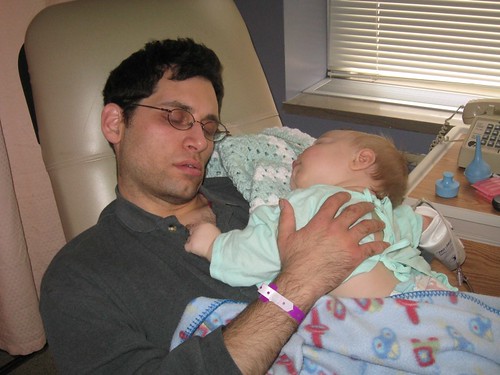 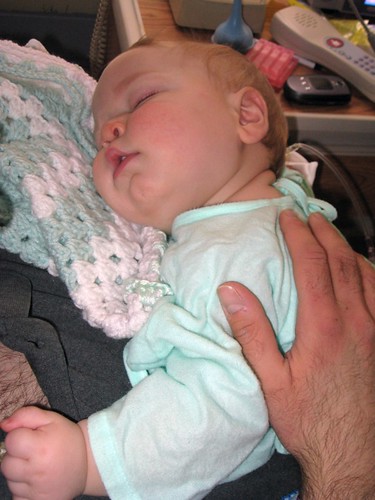 The contraption on his arm that he first tried to eat and then learned to take off. 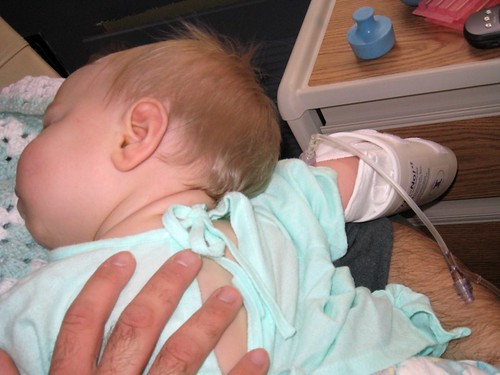 Sleeping with his Pirate Duckie blanket: 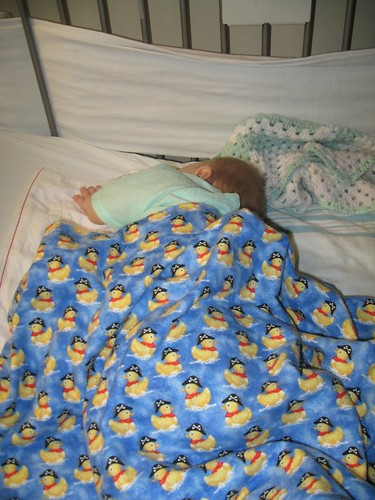 Now here is one from today when he is looking a little better.

Off to shower, gather things and head back. More updates tomorrow when we HOPE to come home.

« JSL hospitalized
JSL is home from the hospital!!!! »