As a follow up to Giant Cupcake Making – Take 1, I thought it would be fitting to share the photos from our taste testing Wednesday night.

Thanks to where I placed the cake to store it over night it was a pain in the rear to cut, especially the first slice. Check out the mess that resulted in my fun. 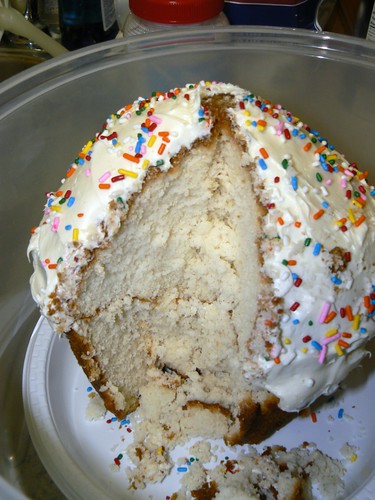 Thank goodness most people could care less what their slice looks like. Once they see the pretty cake, it is usually all about the tasting. Well, here is a slice for you. . . 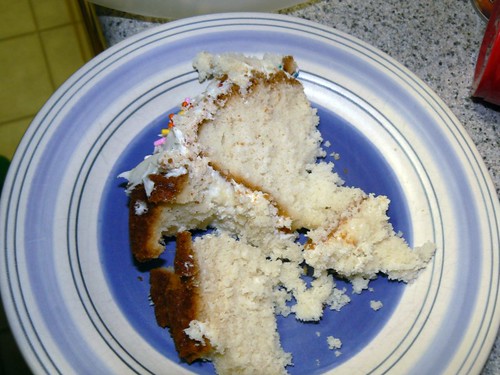 What did you think? Hmmm . . . we need to work on the virtual giant cupcake eating thing I guess!

Here is NHL’s reaction to the cupcake. 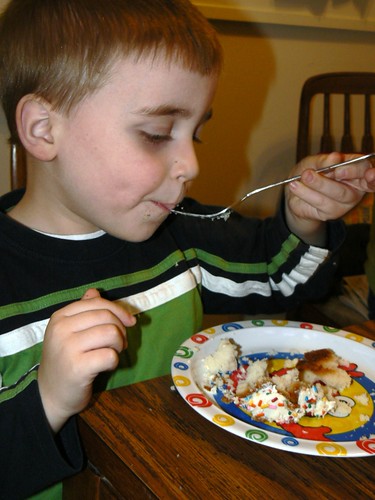 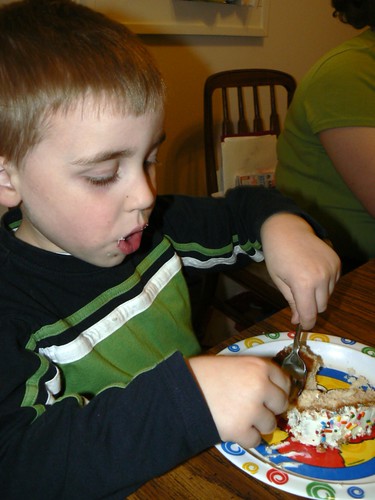 Since everyone was having some of the giant cupcake we could not leave JSL out of it. He had some cake without frosting. He will get ALL of the sugary goodness for the first time at his party on Mother’s Day. Here was his reaction to the cake. . . 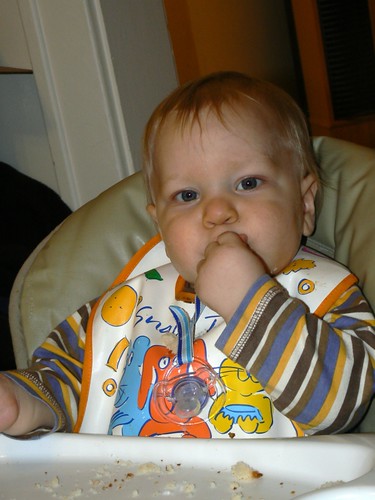 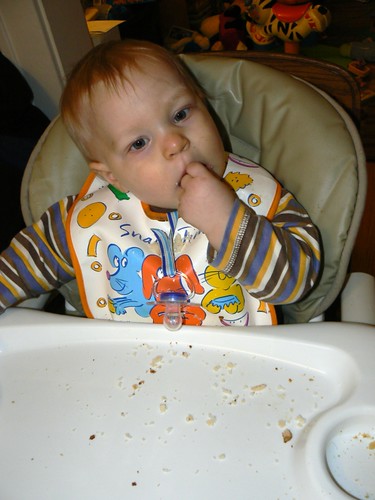 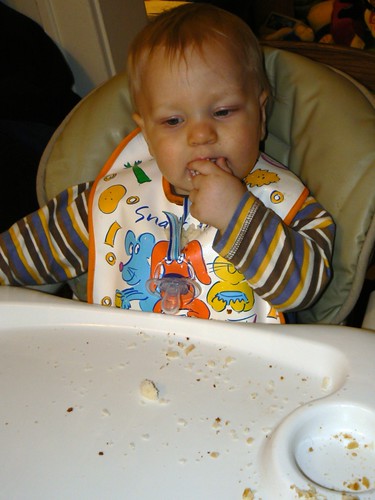 Of course this giant cupcake eating event was done pretty late and both boys were over tired, acting silly, and eventually on sugar highs. 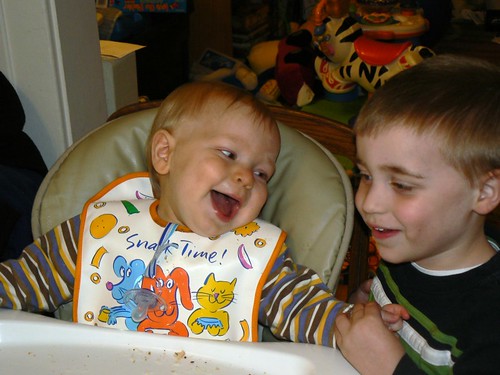 Just a little slap happy if you ask me! 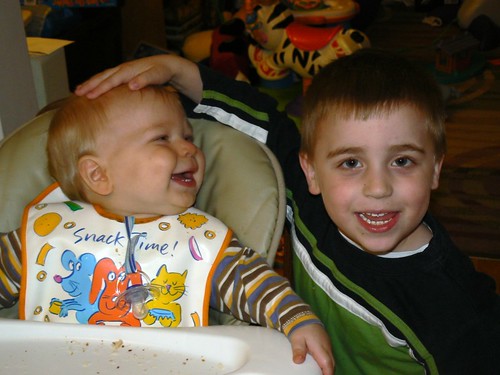 Thank goodness both of the boys settled soon after for nice sugar filled.

Giant Cupcake Take 2 is scheduled for Sunday so JL can take it to work with him.