Memories of our wedding – 7 years ago today

In 1999, I met JL online. I was a goof and did not realize that I was in a chat room. Something caught my eye in his profile so I messaged him. We talked online and on the phone many times before we met in person half way between our homes. I brought my friends with me, just in case because you never know! 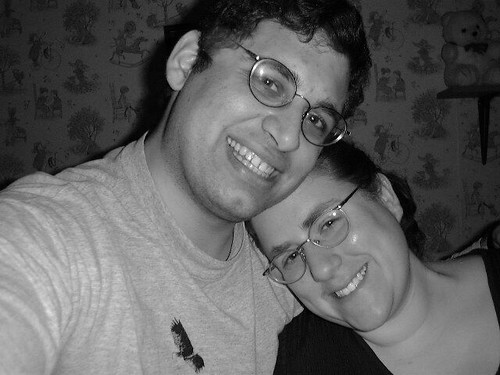 It was rough, but at the time we drove (gas was cheap – 99 cents or less a gallon) or we flew (fares that were $49-79 each way) and visited often. I remember too vividly the days when JL would leave. I would sit and cry for hours wondering when I would see him again.

On July 2, 2000 JL proposed to me and soon after his employer allowed him to move here to telecommute (being a webmaster has perks ya know). Once here we went to hockey games from time to time, because I had to convince JL that hockey is THE sport. If you know JL he is not a sports nut. 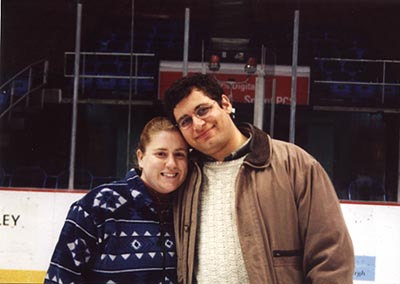 That year was hectic. JL was getting used to this area, the company he worked for folded, he found a new job, I was student teaching, and we were wedding/honeymoon planning. This included lots of road trips to pick up my wedding dress about an hour north of here. 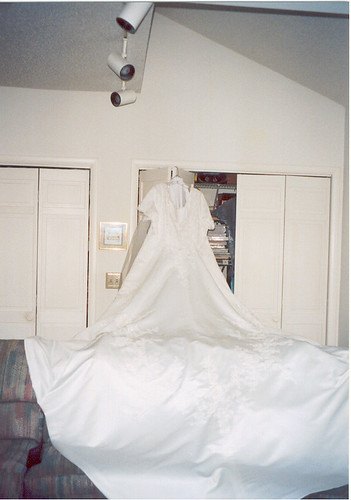 Finally our wedding day arrived. June 24, 2001 was a gorgeous summer day. Almost all of our family and friends were there to celebrate our special day. Below are some memories of the amazing day that JL and I became husband and wife. . . . the day I married my best friend.

Photos from the Bedeken, which is where the Ketubah (Jewish marriage license) is signed and we technically are married. Be sure to hover over the photos for explanations. 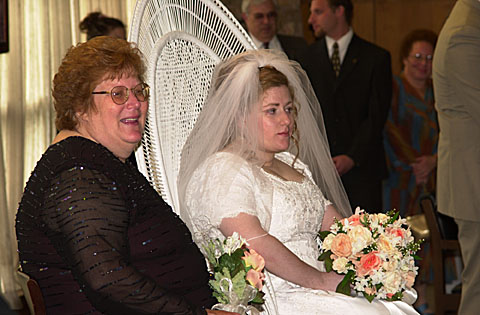 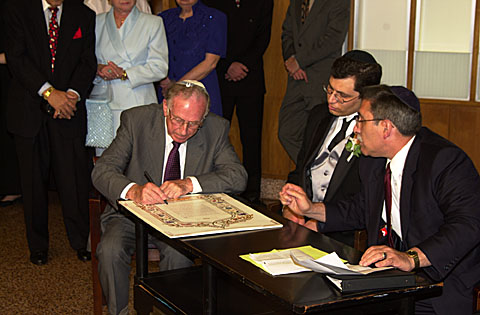 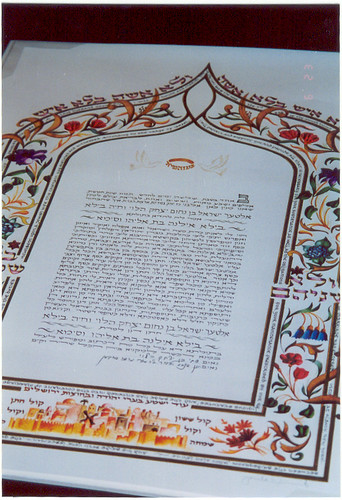 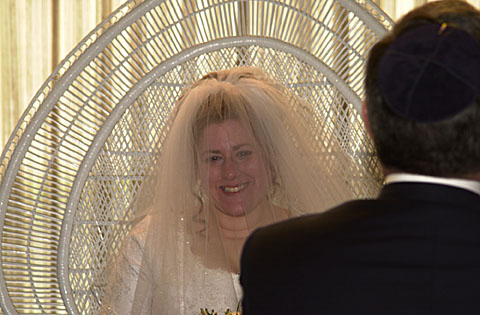 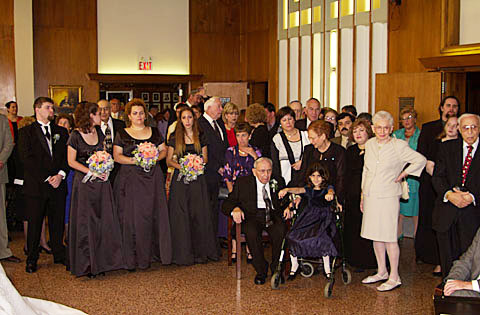 After the Bedeken it was time for everyone to go in for the traditional (basically Orthodox) Jewish wedding ceremony. One of the things I love about the Jewish ceremony is that both parents walk the bride and groom down the aisle to the chuppah. What you may notice in the one of me is lots of smiles and laughter – even my father (SHOCK). He was laughing that I had to go to the bathroom and had a wedgie. Glad I shared that with you aren’t you?!?! 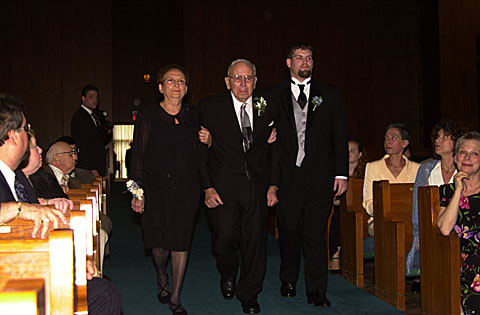 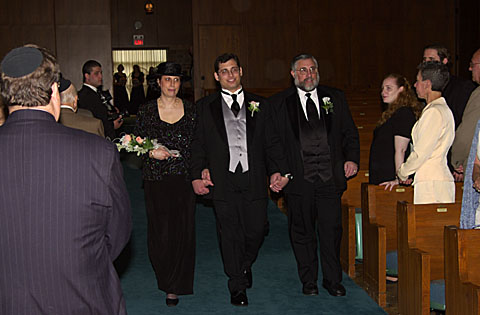 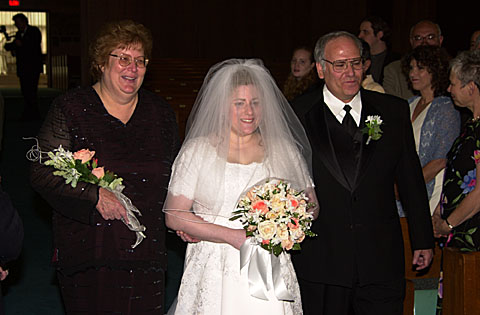 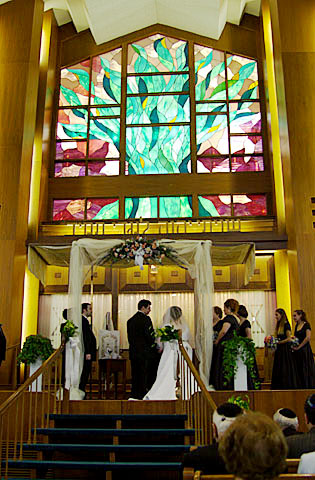 Thanks to being a smart bride I made my own bridal sneakers and wore them for the entire wedding. I was not going to chance sores on my feet when we were going to Disney World for our honeymoon the next day. Here are some photos from the reception. 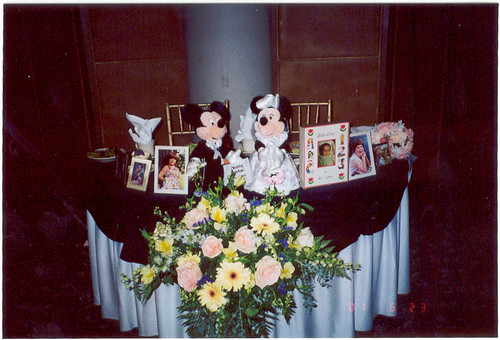 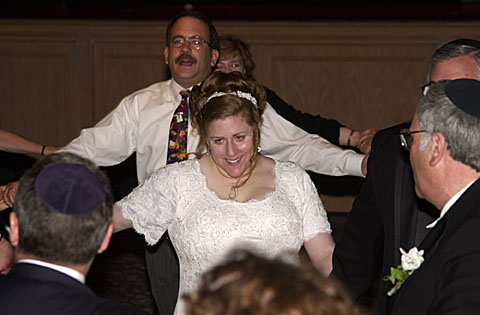 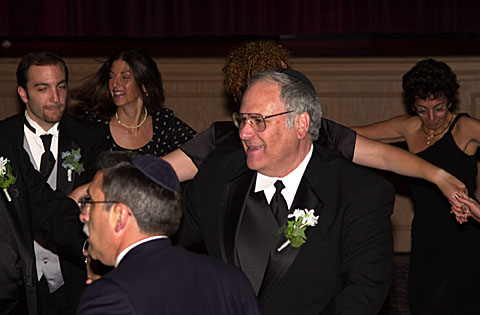 This is when I was lifted into the air on a chair and nearly dropped during the Horah. 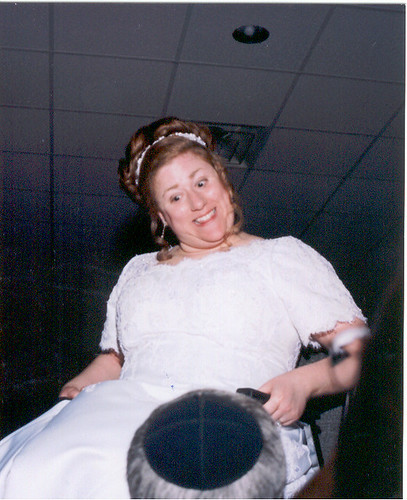 Our first dance was to the Bee Gee’s "Wedding Day" that was released right before our wedding. Thanks to my father for introducing us to this beautiful song. You can see a video of the song here. 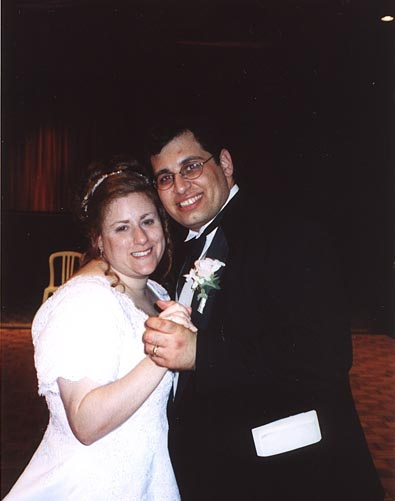 It is a tradition for the eldest male member of the family to say the blessing over the challah and slice it. My Poppy did this with the help of my Uncle J and Dad. 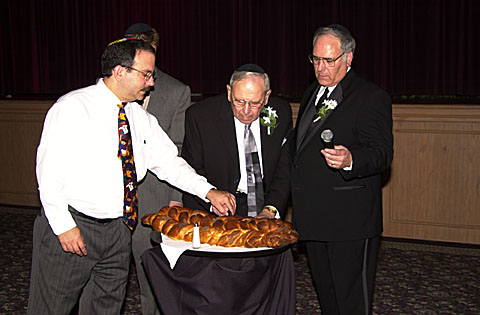 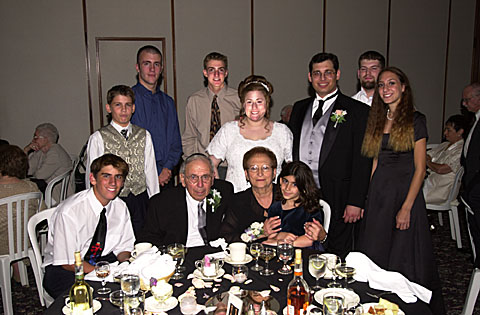 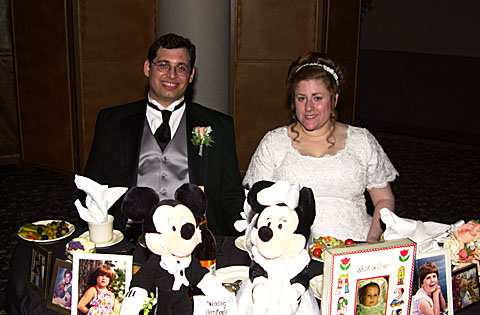 Soon the time came to cut our wedding cake. There was a little mishap with JL’s kippah as you will see. 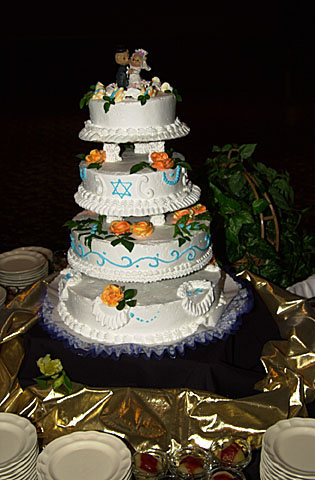 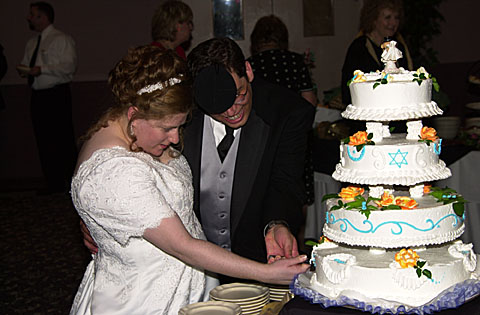 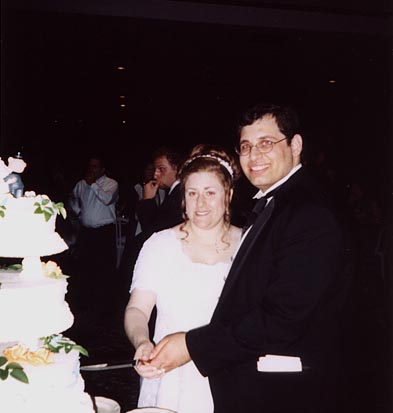 The next morning we flew early in the morning to Disney World and had an amazing honeymoon. 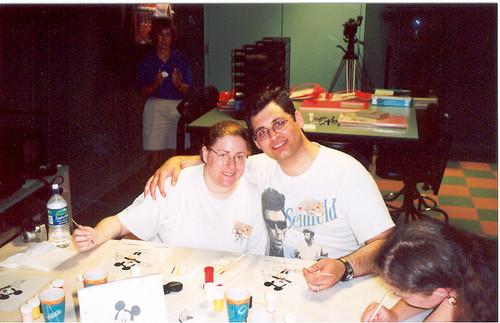